Police are looking for people who pepper-sprayed department store security personnel while making their getaway from robberies in Chevy Chase and Bethesda, Maryland.

Before 5 p.m. July 3, several people took merchandise from the Bloomingdale's at 5300 Western Ave. in Chevy Chase and left without paying, police said. Store security personnel that approached them outside the store were assaulted and pepper-sprayed.

About 3:30 p.m. July 23, loss prevention officers saw a man and woman taking merchandise from the Macy's at Westfield Montgomery Mall without paying. When the officers tried to stop the man and woman, they were pepper-sprayed, police said.

The two robberies are being investigated separately. The incidents and suspects have not been linked, according to Montgomery County Police. 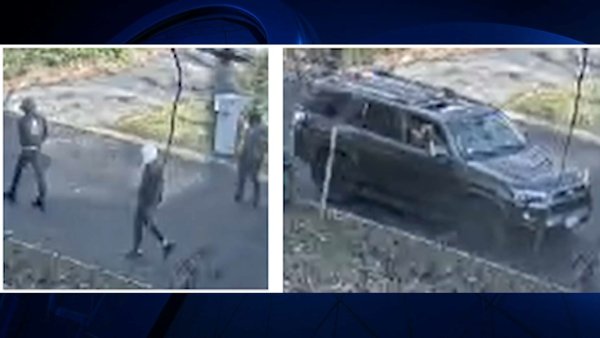 Anyone with information is encouraged to call police at 240-773-5100. Those who wish to remain anonymous can call Crime Solvers at 240-773-TIPS or text the tip and MCPD to “CRIMES.”