Skeletal Remains Found in Georgetown Could Be Slaves, Free African Americans From 1800s

Homes were built on top of a black cemetery, a D.C. librarian said research shows

Historians are hopeful that one of the four human skeletons recently found in the basement a Georgetown home could be those of one of the most famous former slaves in the history of Washington, D.C.

Yarrow Mamout was enslaved, bought his own freedom and became a "jack-of-all trades" in Georgetown.

"He was an educated individual. He read and spoke Arabic. He had been kidnapped in West Africa and brought to Maryland," said Jerry McCoy, a special collections librarian at the DC Public Library.

Coronavirus in DC, Maryland, Virginia: What to Know on April 17 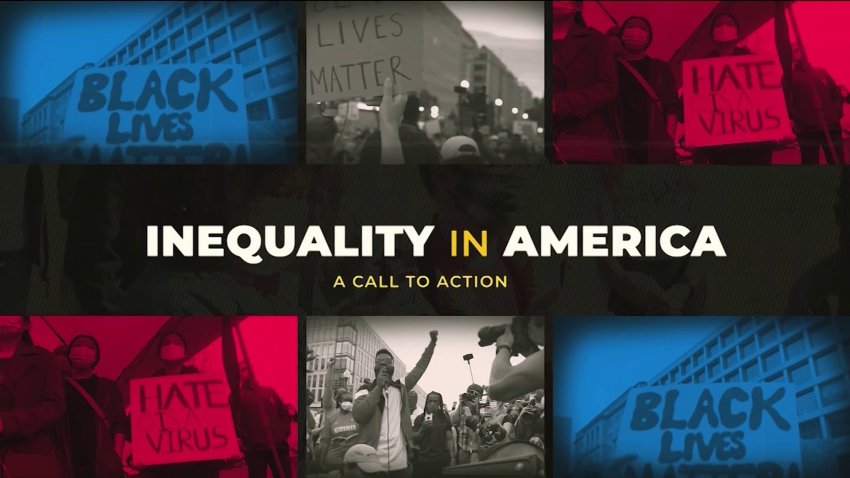 Mamout, a Muslim, saved his earnings and purchased stock at the Columbia Bank of Georgetown before buying his own property on Dent Place, according to the National Portrait Gallery.

"He was purported to be the strongest swimmer in the Potomac River," McCoy said. "He was a local legend."

On Monday, archaeologists were back at the house in the 3300 block of Q Street NW across from Volta Park.

Workers excavating the basement of the home for renovations found four human skeletons on Feb. 4, according to The Georgetowner, which first reported the discovery.

"A few years back, I came home and there were cops everywhere and I was like, 'What was going on?'" resident Diana Minshall said.

McCoy says the block on Q Street was a Presbyterian cemetery in the 1800s. The white cemetery was where Volta Park is now, while the black cemetery was across the street.

Most of the remains were exhumed and moved, but homes were built on top of the black cemetery, McCoy said.

"It just serves as a reminder that there's history literally buried under people's feet," he said.

His home on Dent Place was directly behind the homes on Q Street where the skeletons were found.

"[It] would be an incredible discovery if that was able to be determined through DNA," McCoy said.

Archaeologists told News4 Monday it was too soon to discuss any details about the remains.