“As an African American woman, I am glad that I have lived to see this in my lifetime. I never thought I would live to see it, and I am 91 years old"

Some people who gathered in D.C.’s Black Lives Matter Plaza hoisted their fists into the air when they learned a jury found former police officer Derek Chauvin guilty on all counts in the death of George Floyd. Others just cried.

“Black Lives Matter!” some said with tears in their eyes as they stood outside the White House Tuesday evening. People gathered in the area to watch news coverage on their phones.

“This means the world to me,” one woman said in the moments after the judge read the verdict. “Freedom!”

Efforts are ongoing to reform police culture and other aspects of the justice system. News4's Jackie Bensen reports.

“I’m glad that we prevailed today. This is a start. It’s something big,” another person said with a smile visible under their mask.

“As an African American woman, I am glad that I have lived to see this in my lifetime. I never thought I would live to see it, and I am 91 years old,” another member of the crowd said, adding, "I'm so relieved.”

One man said the verdict gave him hope but his thoughts were primarily on Floyd and his family.

“George Floyd should be here today,” he said.

At Howard University, student Noela Malecela said the verdict gave her a small measure of hope.

“It feels great to finally see someone held accountable for the actions that they do. For a jury to put their foot down. For America to really say ‘This is not OK,’” she said.

Maryland Gov. Larry Hogan said, “Justice has now been served, and we hope that this verdict will bring some measure of peace to the Floyd family and the community.”

Virginia Gov. Ralph Northam said, “this decision is an important step towards justice—for George Floyd, for his family, for his community, and for our entire country.”

Police are stationed around downtown D.C. and National Guard members are activated as officials braced for potential demonstrations.

The Metropolitan Police Department, National Guard and office of Mayor Muriel Bowser prepared for potential civil unrest after a decision in the case that forced a national racial reckoning.

A couple of Howard University seniors who are headed to law school tell News4's Jackie Bensen what the conviction of Derek Chauvin means to them.

Bowser said previously that officials would stay focused on keeping everyone in D.C. safe.

The National Guard activated about 250 members to assist D.C. police. The mayor’s office requested 300 members and then waited two weeks for the request to be approved, the office said.

D.C. officers are working 12-hour shifts, and any vacation time was cancelled. 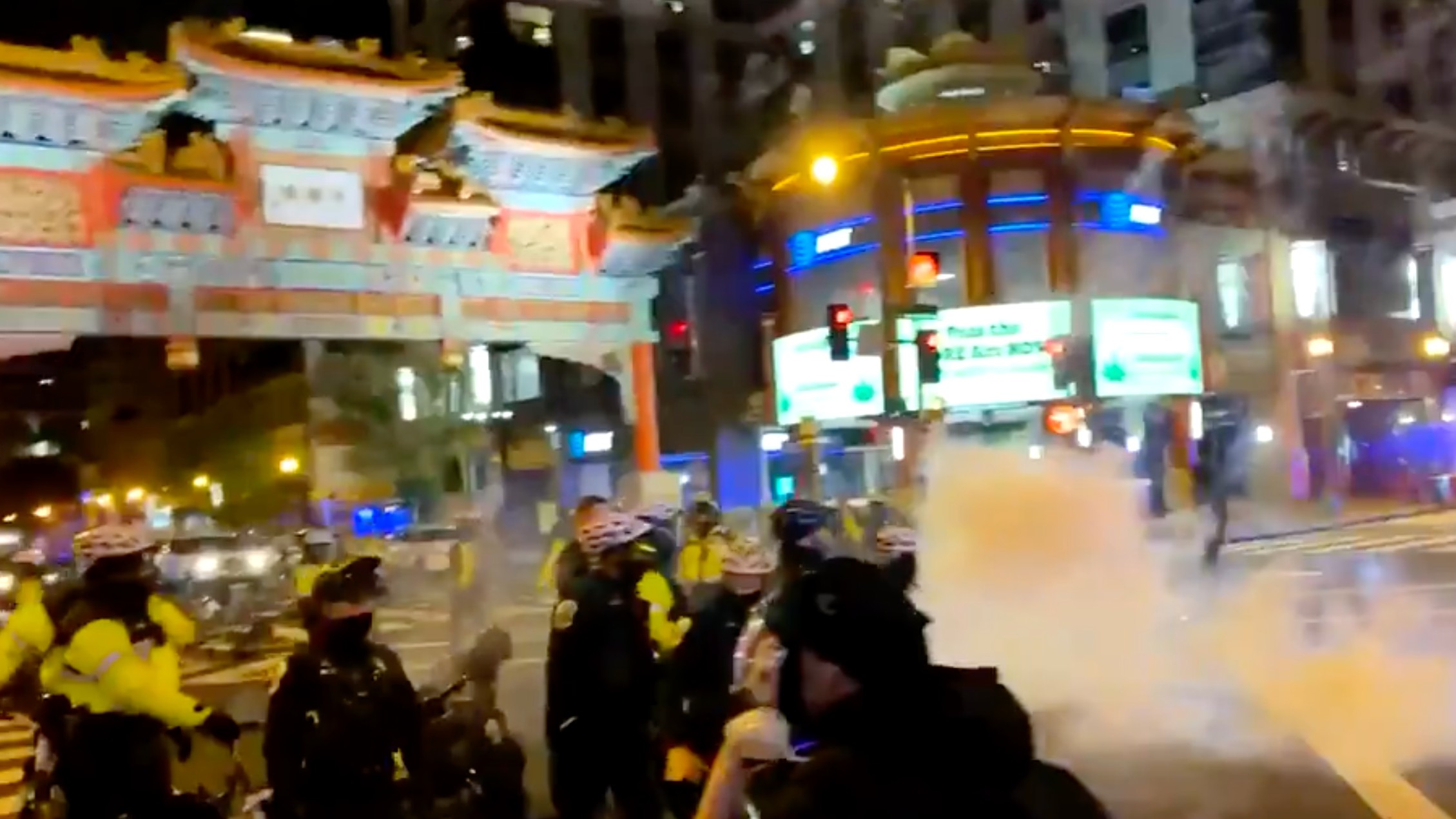 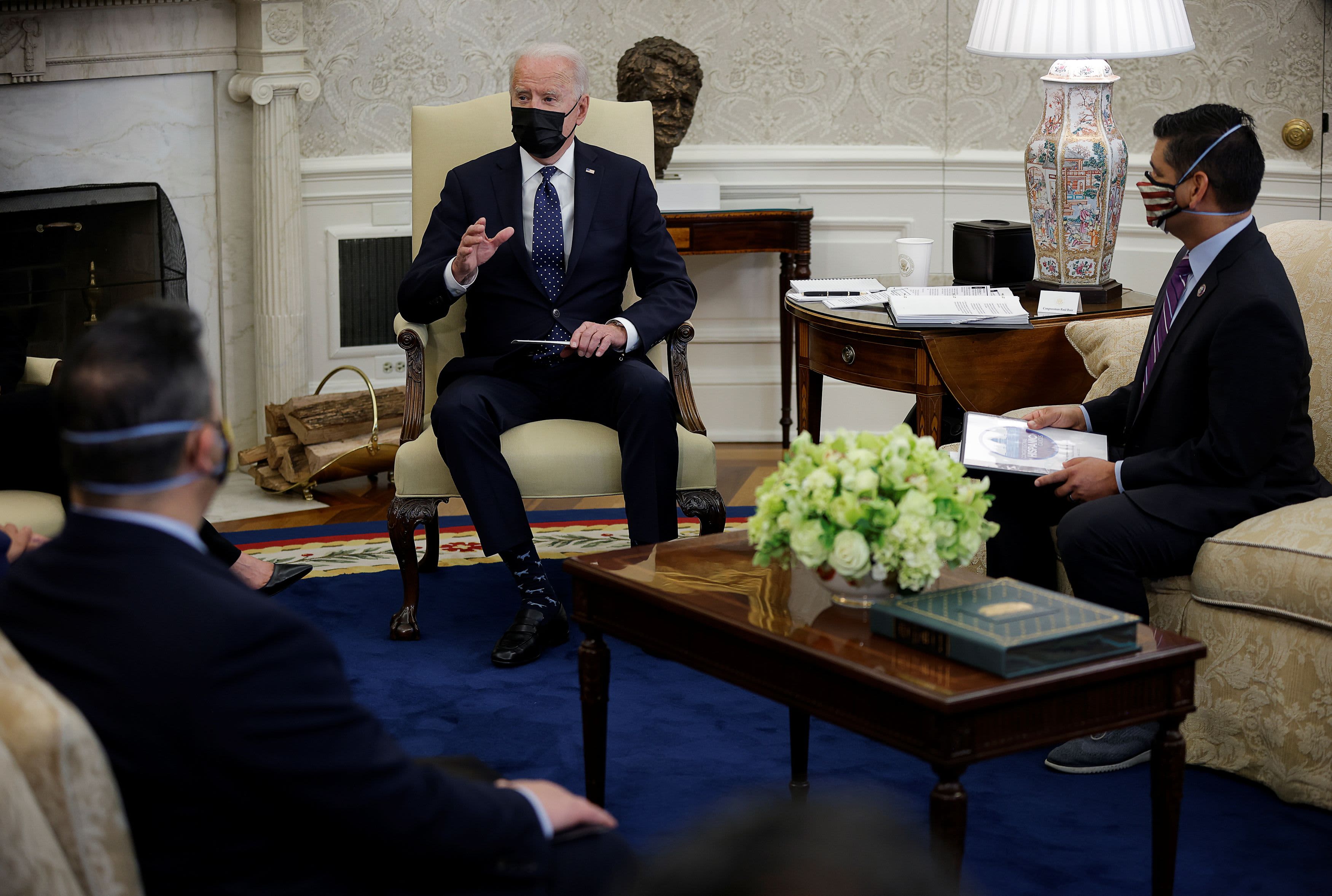 Chauvin, the former Minneapolis police officer who kept his knee on the neck of Floyd for more than nine minutes last year, was found guilty on two counts of murder and one count of manslaughter in Floyd’s death.

News4's Cory Smith gets reaction to the conviction of former Minneapolis police officer Derek Chauvin's conviction for the murder of George Floyd.

Chauvin, 45, will face sentencing in eight weeks and could be sent to prison for decades.

The jury of six white people and six people who are Black or multiracial came back with its verdict after about 10 hours of deliberations over two days. Chauvin was found guilty on all charges: second-degree unintentional murder, third-degree murder and second-degree manslaughter.