Three Shot Outside Nationals Park During Game Against Padres

“It was just a chaotic scene. We heard what sounded like rapid gunfire. We didn’t know where it was coming from"

Three people were shot and wounded outside Nationals Park during a game between the Washington Nationals and the San Diego Padres on Saturday night, sending fans scrambling for safety in the dugouts and prompting the suspension of the game.

One victim was a woman who was attending the game. She suffered a graze wound to the back, police officials said in an update Sunday morning.

The other two shooting victims were men involved in the gunfire, Benedict said. Police were questioning them as they were in stable condition.

One witness suffered injuries while getting out of a car after hearing gun shots. He was taken to the hospital, D.C. Police said.

Police recovered one vehicle involved in the shooting; the other is still sought. A surveillance image from police shows a gray Toyota Corolla with a hubcap missing from the rear driver’s side, temporary Virginia plates and dark tinted windows.

The shooting occurred at South Capitol and O streets SW, just west of the ballpark, at about 9:30 p.m. The shots echoed through the stadium full of thousands of people.

The gunshots caused panic among fans inside the stadium. Many ducked for cover, hiding under tables and behind seats as announcers warned people to stay inside the park.

“It was just a chaotic scene,” umpire crew chief Mark Carlson told The Associated Press. “We heard what sounded like rapid gunfire. We didn’t know where it was coming from.”

The Padres had just taken the field for the bottom of the sixth inning when several loud pops were heard.

Fans sitting in left field quickly began leaving through the center field gate. A short time later, fans along the first base side began briskly leaving their seats.

Some fans crowded into the Padres' dugout on the third base side for cover, while sirens could be heard from outside the park.

“For me it was just about protecting our people, our own, and I tried to do the best I could to stay calm,” Martinez said. 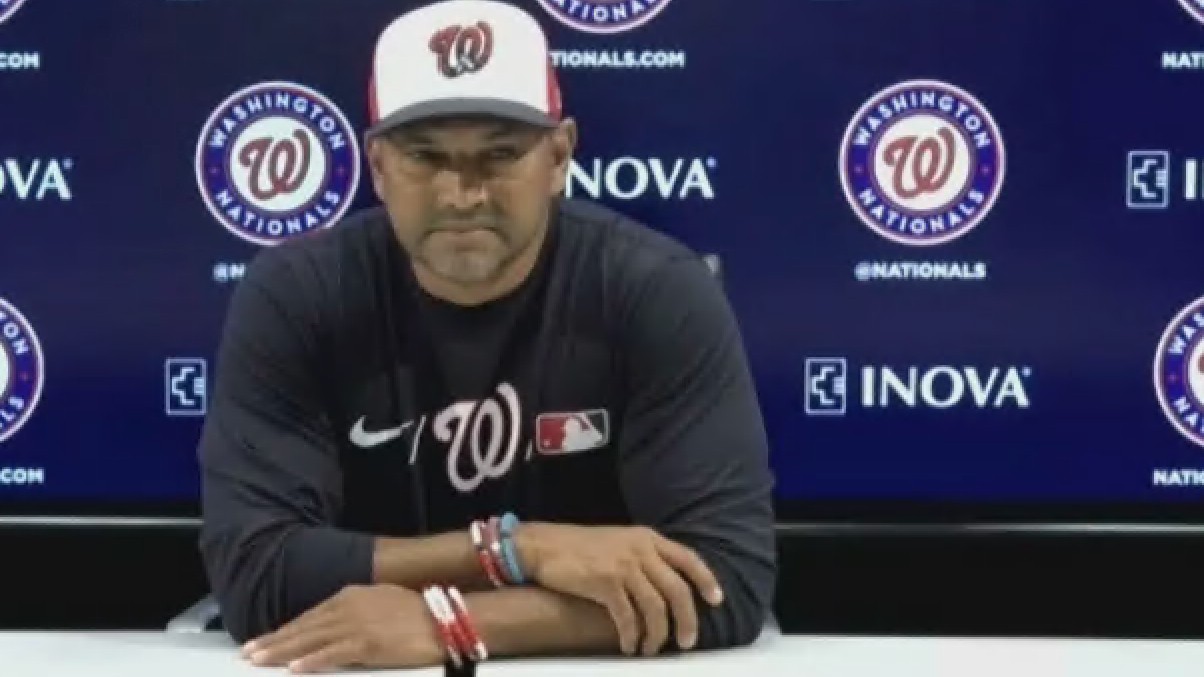 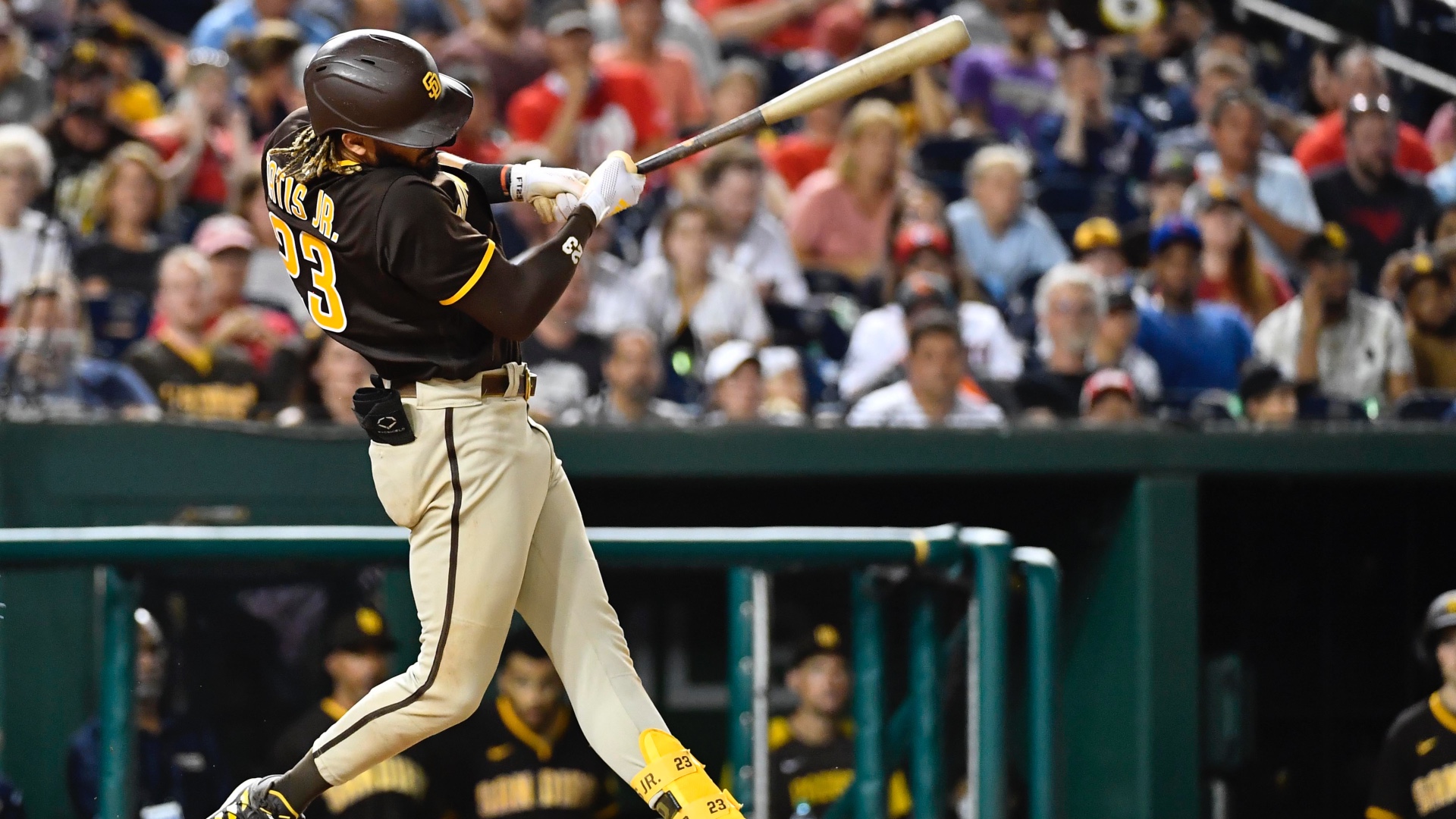 Ted Borenstein, 26, was at the game with his girlfriend and his best friend, celebrating her birthday and “having a great time” when he heard two pops. He said the group thought it was practice for a fireworks show.

Borenstein said he quickly realized it was far more serious when he saw people in the stands start filing out and watched Padres star shortstop Fernando Tatis Jr. “bolt from the field."

In the stadium’s Diamond Club, where he and his friends were, people were hiding under tables and chairs, thinking there was a shooter inside the stadium.

“People were down on the ground, kind of petrified, trying to calm down the younger kids,” he said.

The Nationals initially announced there had been an incident outside the stadium and posted a message on the scoreboard telling fans to remain inside.

About 10 minutes later, the team tweeted: “A shooting has been reported outside of the Third Base Gate at Nationals Park. Fans are encouraged to exit the ballpark via the CF and RF gates at this time.”

More than two dozen police cars, ambulances and fire engines were on the street outside the third base side of the stadium, and a police helicopter hovered overhead.

Arman Ramnath, 27, from nearby Arlington, Virginia, and a recent law school graduate, said he and a friend were sitting in the third base side of Nats Park when they heard what sounded like fireworks.

“We weren’t sure what it was. Then everyone started ducking,” he said.

Ramnath said he and his friend ended up hiding behind seats for five or more minutes. After a while, people started getting up and leaving, he said, but stadium announcements told fans to wait. Eventually they were allowed to leave.

“It felt very surreal. I wasn’t really sure how to react,” Ramnath said. “I mean, you hear about it ... but you never expect it to be something that could affect you.”

Police initially said they believed one of the victims worked at the stadium; that was not the case, law enforcement sources later said. D.C. police initially said two people were taken to the hospital conscious and breathing, and another two walked into hospitals "for treatment of gunshot wounds." Officials later updated the figure to three victims.

The Padres led 8-4 when the game was halted. It will be resumed Sunday afternoon, followed by the regularly scheduled game.

The game was suspended at the bottom of the sixth inning and will resume at 1:05 p.m. EST Sunday, the Nationals said in a statement. The city plans to increase the police presence around Nationals Park for the game.

The shooting comes as the District grapples with gun violence a day after the killing of a 6-year-old girl in a mass shooting in Southeast D.C. Mayor Muriel Bowser, D.C. Police Chief Robert Contee and several other local officials appeared emotional as they affirmed their commitment to finding her killer at a press conference Saturday afternoon.

California Gov. Gavin Newsom expressed disappointment in a tweet Saturday saying that "This is what 'getting back to normal' in America means after a pandemic."