Sen. Charles Grassley, serving his first term as chairman of the U.S. Senate Judiciary Committee, formally intervened in at least three Washington, D.C.-area criminal cases in recent months, according to a review by the News4 I-Team.

His inquiries to local and federal law enforcement officials raised questions about whether investigators made mistakes or suffered delays in their responses to local crimes.

Grassley (R-Iowa) said the investigations, which involve crimes committed hundreds of miles from his home state, are an indication of how he plans to serve the role of chairman of a Senate committee that oversees law enforcement agencies nationwide. 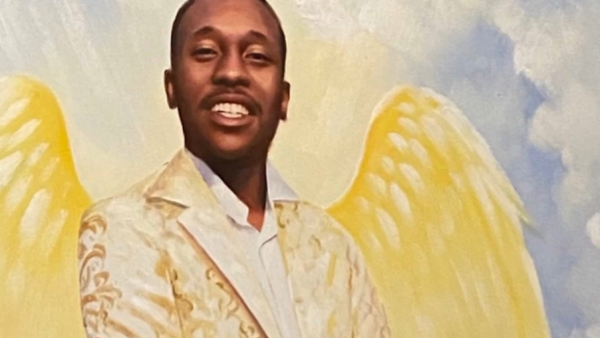 In an October 2015 inquiry to the U.S. Department of Homeland Security, Grassley questions why two Virginia men were not deported prior to the murder of a Loudoun County, Virginia, teenager as he walked to school. The two men, Henry Dominguez-Vasquez and Juan Aguirre-Zelaya, are charged as accessories in the killing of Danny Centeno-Miranda.

Grassley said his review of the case raised questions about why Dominguez-Vasquez and Aguirre-Zelaya still lived in the U.S. at the time of shooting. In a letter to the U.S. Department of Homeland Security, Grassley said the men unlawfully crossed the border and skipped immigration court appearances.

“All three suspects failed to appear at their August 2015 hearing and were ordered removed in absentia,” he said. “Had these suspects appeared for their mandatory court date, they would have likely not had the opportunity to murder a 17-year-old high school student from Loudoun County.”

Dominquez-Vasquez and Aguirre Zelaya are scheduled to go on trial later this year, according to a county spokeswoman. Immigration officials told the I-Team they’ve received Grassley’s inquiry. They said both men will be deported immediately after their criminal cases in the shooting are closed.

In a similar inquiry, Grassley asked federal Homeland Security investigators why the suspect in an attack on a Frederick County, Maryland, sheriff’s deputy hadn’t been deported. Jose Reyes-Reyes is charged with assault for allegedly punching the deputy during a traffic stop. Grassley said his review of the case showed Reyes-Reyes is also an undocumented immigrant who had been released by border protection officials.

“This attack is yet another example of the utter lack of respect for the law and those who uphold it, and a terrible reminder that our federal, state and local law enforcement officers are now singled out as targets by criminals who seek to murder and maim those who wear the badge,” Grassley’s letter to federal homeland security officials said. “While the unprovoked attack on a law enforcement officer is extremely disturbing, what is more disturbing is the fact that a known criminal alien gang member was involved in this alleged crime.”

The U.S. Department of Homeland Security declined to answer specific questions about the case from the I-Team.

In a third recent case, Grassley questioned local and federal investigators about the 2013 shooting death of Fairfax County, Virginia, resident John Geer. Geer was unarmed when he was shot and killed by a local police officer in the doorway of Geer’s home in Springfield. The shooting captured widespread attention because of an approximately 18-month wait before authorities released information about the case or charged the police officer involved with a crime.

Grassley’s formal inquiries questioned why details weren’t being released by investigators.
His letter was eventually cited by a judge who ordered local law enforcement handover records in the case.

“The government ought to be pretty transparent,” Grassley told the I-Team. “When the public knows what’s going on, people who work in the government are going to be more responsible.”

Jeff Stewart, a longtime friend of Geer, said he’d written to Fairfax County leaders and members of Congress seeking assistance in the case in 2014. Stewart said Grassley was the first person to respond.

“I found it kind of ironic that once again the only person that got back to me and it was within a day was Sen. Grassley’s office,” Stewart said.