Woman who accused Democratic Virginia Lt. Gov. Justin Fairfax of raping her while they were students at Duke University in 2000 is an intensely private single mother

The Maryland woman who has accused Democratic Virginia Lt. Gov. Justin Fairfax of raping her while they were students at Duke University in 2000 is a single mother who values her privacy, worked for several years as a school fundraiser and had a sometimes-turbulent personal life, according to friends and court records.

Before going public last week as the second woman to accuse Fairfax of sexual assault, Meredith Watson, a 39-year-old from the Baltimore suburbs, took steps to maintain her privacy, including taking down her social media accounts. Her legal team, which previously represented three female Fox News employees suing host Bill O'Reilly for defamation, has declined interview requests on her behalf. Online searches haven't yielded current photos or even signs of current employment.

A review of court records by The Associated Press found that Watson has a history of financial disputes and accusations of stalking from an ex-boyfriend. 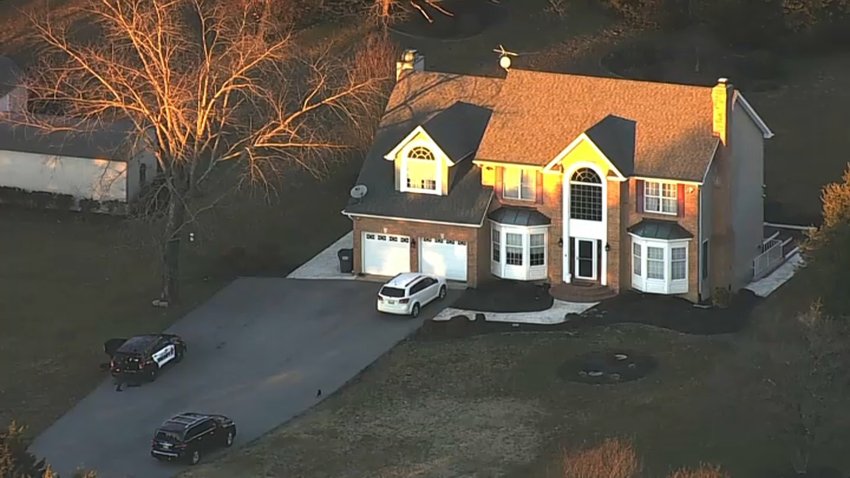 COVID-19 and Nursing Homes 51 mins ago

Watson's lawyer, Nancy Erika Smith, said it was not attention but civic duty that motivated her client to speak out just days after California political science professor Vanessa Tyson accused Fairfax of forcing her to perform oral sex on him while both were attending the Democratic National Convention in Boston in 2004.

"Ms. Watson's principal goal for coming forward at this time was to support another victim of sexual assault who was being smeared by Fairfax," Smith said Wednesday. "Her second goal is to not have a man who is a rapist rise to hold high political office in this country."

Stacey Sickels Locke, who hired Watson in 2004 as a fundraiser for St. Timothy's School, a private all-girls boarding high school in suburban Baltimore, said Watson confided in her a year into the job that she had been raped at Duke "by someone she had considered a friend." Sickels Locke said it was not surprising that Watson would be telling her story again now.

"This is something that was a quality, standing up for someone who needed advocacy," Sickels Locke said. "She was a private person. She was not someone who spoke a lot about her life to me or to other people."

Fairfax acknowledges he had sex with Watson while they were students at Duke, but says the encounter was consensual. He has described her accusations, as well as those of Tyson, as being part of a political smear campaign to prevent him from succeeding Democratic Gov. Ralph Northam if he is forced to resign amid a racist photo scandal.

Watson's statement said she and Fairfax were friends but had not dated when he carried out the "premeditated and aggressive assault in a Duke University fraternity house in 2000, when she was a junior and he was a senior. Smith said her team has statements from classmates that Watson told at the time, though those statements have not been released.

It was not the first time she was assaulted, her lawyer said. Smith said Watson was raped by Duke basketball player Corey Maggette, who she had dated briefly, when she was a sophomore in 1998. Watson at the time told a high-ranking administrator at the university about it, but was dissuaded from filing an official complaint or notifying police, the attorney said.

Smith added that Watson told friends, including Fairfax, about the alleged attack by Maggette, and that Fairfax later used that information against her.

In their only conversation after the alleged attack, Smith said, Watson saw Fairfax at a graduation party and asked him, "Why did you do this?"

"And he said, 'I knew that after what happened with Corey, you would be too scared to say anything,"' Smith said.

R. Stanton Jones, a friend of Watson's from the Baltimore prep schools they attended across the street from each other, said Watson told him during the summer of 2001 that she had been raped twice at Duke. He recalls that Watson had identified Maggette as one of the men who raped her but never mentioned the name of the second attacker.

Maggette, who left Duke in 1999 after one season and went on to have a decade-long career in the NBA, did not respond to phone messages or emails from AP seeking comment. The New York Times reported Tuesday that Maggette, now a television sports analyst, issued a brief statement through a spokesman denying the rape accusation.

Around 2006, Sickels Locke went to work for Anne Arundel Community College in Maryland and soon recommended Watson for a fundraising position there. Watson got that job, too, and worked there for about two years.

"She was a very successful fundraiser. She knew her job very well," Sickels Locke said. "She was excellent, thorough, really smart."

Online searches haven't yielded any signs of current employment for Watson and Maryland court records indicate she has had money troubles in recent years.

She lost a home in Baltimore to a 2015 foreclosure sale after failing to make payments, owing a total balance of more than $265,000. In 2012, a Baltimore hospital sued her over unpaid medical bills. That same year, Watson sued the father of her daughter for nearly $3,500 in child support. She had sole custody of her daughter, who is now 7 years old.

"I have been her sole caretaker since birth," Watson wrote in a court filing. "(The father) has said that he does not wish to have custody of or visitation with our daughter."

Court records also show Watson was also once ordered to stay away from a man who accused her of stalking and threatening him. In his July 2008 petition for a "peace order" against Watson, Maryland resident Jason Galloway accused her of detaining him against his will at a vacation home, denting the trunk of his car with her fist and sending him a string of threatening text messages.

"I am going to enjoy tearing you down just as much as you enjoyed tearing me down. Hang on tight because you are in for a ride!" one of the messages said, according to Galloway's complaint.

On his petition, Galloway checked a box under the heading "dating violence" to say Watson's actions had placed him in "reasonable fear of death or physical harm." Another text message cited in Galloway's complaint said, "Hopefully when I am through with you, you will feel as worthless as you made me feel."

A judge in Anne Arundel County, Maryland, ordered Watson to stay away from Galloway's Glen Burnie home and refrain from contacting him. Galloway asked for the case to be dismissed less than a week later.

Galloway did not respond to a phone message seeking comment on Tuesday. There was no answer at a Maryland address listed as his current home.

Ann Simonton, an advocate for rape victims who is director of Media Watch, a media literacy organization, said it is not uncommon for victims of sexual assault victims to struggle with intimate and professional relationships, and those difficulties don't necessarily speak to the legitimacy of the abuse allegations.

"When rape occurs, especially at a young age," she said, "the impacts are severe and life lasting."