Police said the child had bruising on his neck

A Maryland school bus aide charged with assaulting a 7-year-old boy with special needs was released on bond Monday.

DeQuan Brooks, 22, of Laurel, Maryland, was charged with child abuse and second-degree assault.

"Allegedly this 7-year-old victim wanted to move to a different seat on the bus and was not allowed to," Prince George's County State's Attorney's Office spokesperson Gina Ford said.

According to charging documents, Brooks sat next to the child and began playing music from his cellphone, which led to the child acting out.

"The victim allegedly took his phone and attempted to throw it out of a window, after which time Mr. Brooks allegedly grabbed him from a seat, threw him about the bus, eventually throwing him over a seat and strangling him," Ford said.

Police said the boy had brusing on his neck and they told the parent to take him to a doctor.

Bus transportation officials called 911 and three adults on the bus told a police officer a student on the bus attempted to throw the aide's cellphone out a window, but Prince George's County Police said Sunday they reviewed surveillance video and found no evidence to support an allegation against the student. 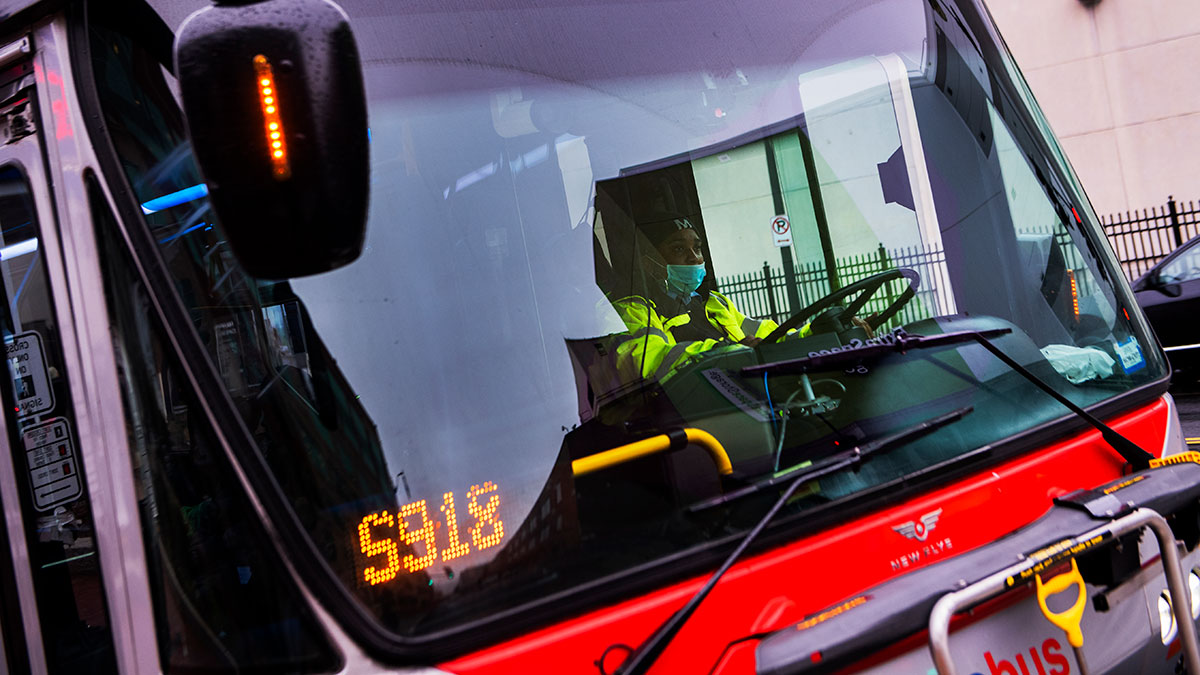 Outside court Monday, Brooks' family said the accusations don't sound like something he'd do.

"He's a good kid," said his sister, Laniece Castle. "He's never been in any trouble at all, so just like hearing the news about this, it has made me upset. Everybody that he’s worked with upset also.”

Police said the assault occurred Thursday while the bus was headed to the Foundation School in Largo. It is not a public school, but its buses are operated by Prince George's County Public Schools.

An aunt of a 9-year-old boy who rides the same bus said she became concerned about the bus aide after she had an argument with him.

“Something was wrong with him,” Tracy Holquist. “The way he talked to me, telling me I need to learn how to control my kid. You don't talk like that.”

Her family became more concerned when the 9-year-old boy started coming home with unexplained bruises. They said when got off the bus one day his face was scratched up and bruised so they called police.

"These kids, they're special, and I'm the voice for him," Holquist said.

A spokesman for PGCPS said the bus aide and the other two adults on the bus have been reassigned to positions that don't involve contact with students.