Rep. Jamaal Bowman (D-N.Y.) was among a group of demonstrators arrested at a voting rights protest outside the U.S. Capitol Thursday.

Just before noon, protesters blocked a metal barrier car entrance to the Capitol. 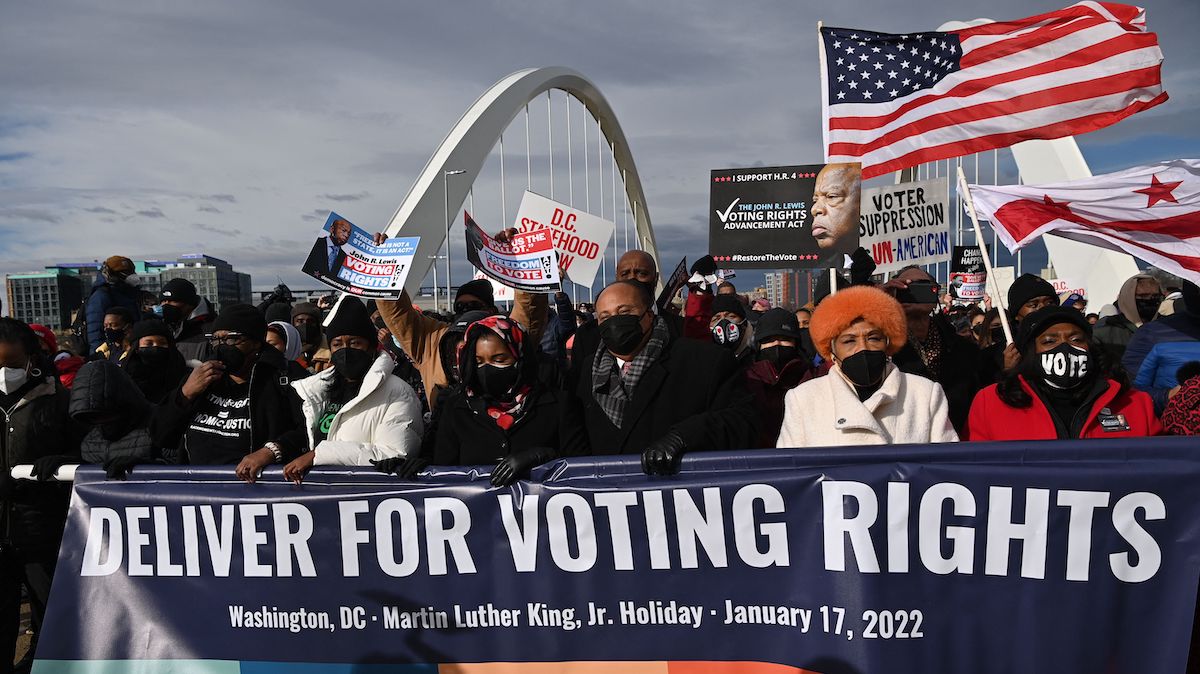 After three warnings, there were 27 arrests for crowding, obstructing or incommoding and one for violating a traffic regulation, U.S. Capitol Police said.

“Today, Congressman Jamaal Bowman joined a voting rights non-violent direct action at the North Barricade of the U.S. Capitol Building and was arrested by the U.S. Capitol Police,” Bowman’s Director of Communications Marcus Frias said in a news release.

Bowman was with faith leaders and youths who have been hunger striking, his office said in the release.

The White House's bid to push voting rights legislation through a divided Senate collapsed Wednesday as two key Democrats broke with their party to squash the bill's chances.