More than half of the 2,000 people who lived in Williamsburg in the late 18th century were Black — and many were enslaved

The brick foundation of one of the nation's oldest Black churches has been unearthed at Colonial Williamsburg, a living history museum in Virginia that continues to reckon with its past storytelling about the country's origins and the role of Black Americans.

The First Baptist Church was formed in 1776 by free and enslaved Black people. They initially met secretly in fields and under trees in defiance of laws that prevented African Americans from congregating.

By 1818, the church had its first building in the former colonial capital. The 16-foot by 20-foot structure was destroyed by a tornado in 1834.

First Baptist's second structure, built in 1856, stood there for a century. But an expanding Colonial Williamsburg bought the property in 1956 and turned it into a parking lot. 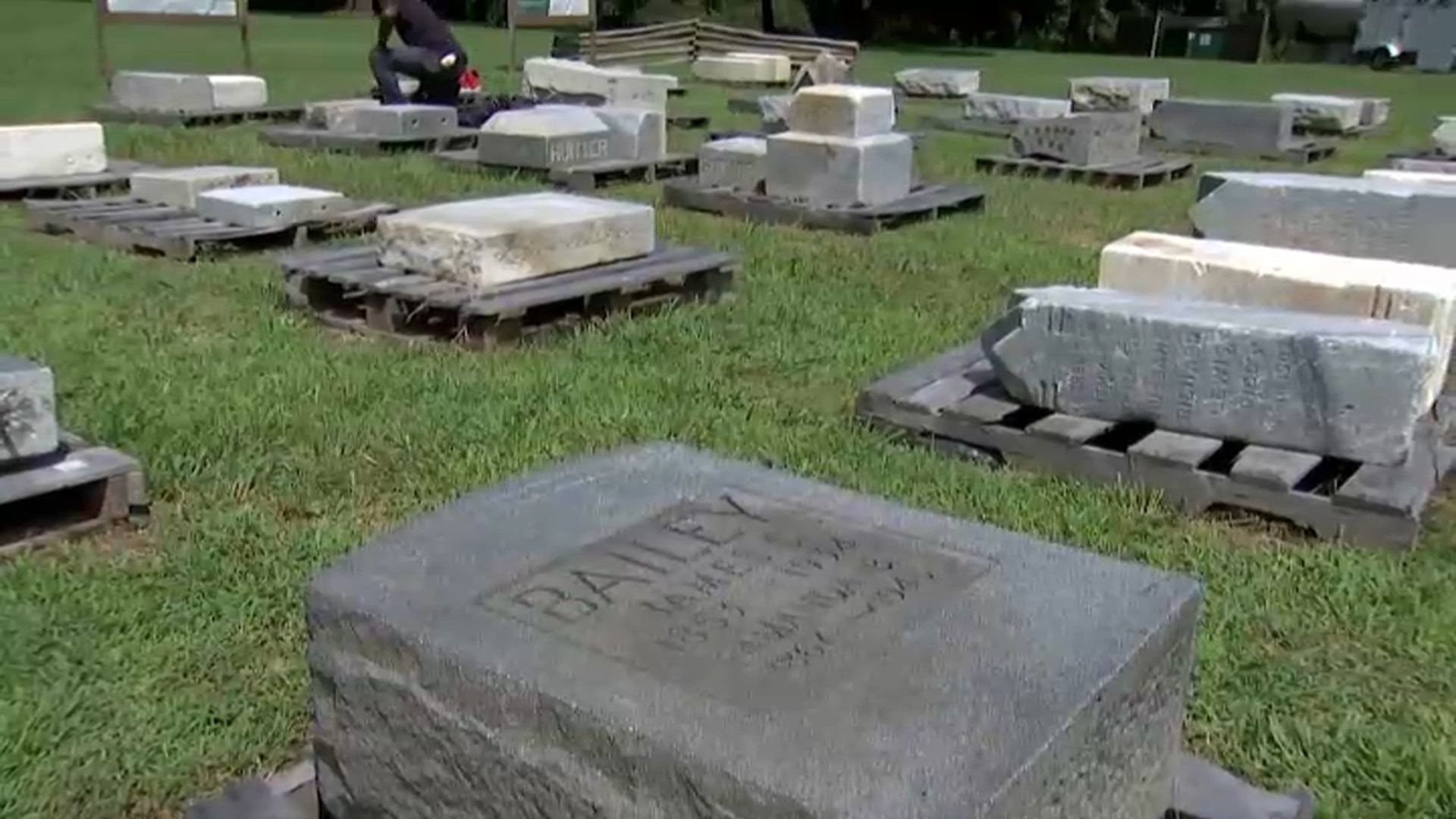 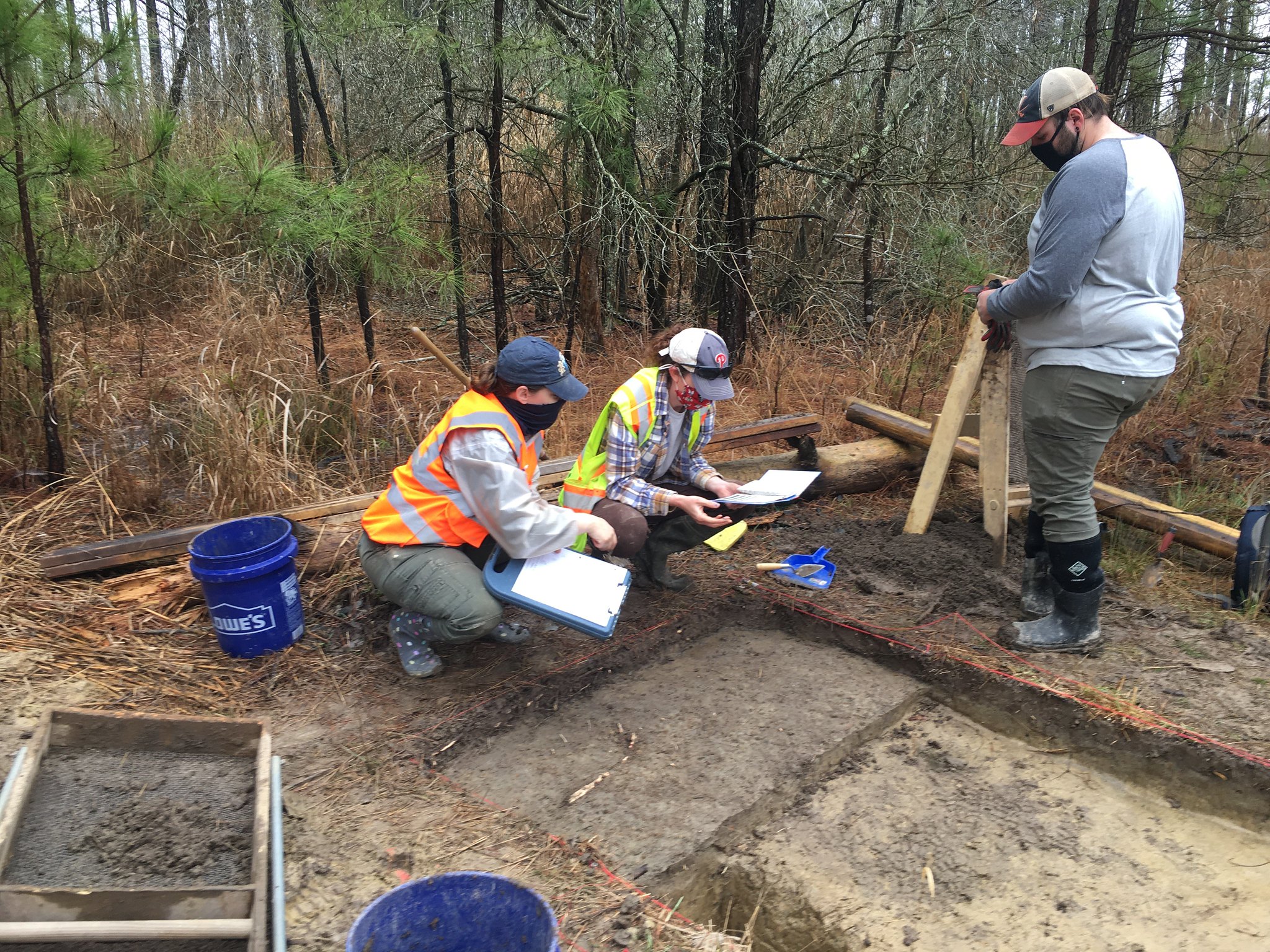 First Baptist Pastor Reginald F. Davis, whose church now stands elsewhere in Williamsburg, said the uncovering of the church's first home is “a rediscovery of the humanity of a people.”

“This helps to erase the historical and social amnesia that has afflicted this country for so many years," he said.

Colonial Williamsburg on Thursday announced that it had located the foundation after analyzing layers of soil and artifacts such as a one-cent coin.

For decades, Colonial Williamsburg had ignored the stories of colonial Black Americans. But in recent years, the museum has placed a growing emphasis on African-American history, while trying to attract more Black visitors.

Malone's Church and New Revived United Methodist Church are part of the Harriet Tubman Byway. Community members tell News4 the importance of the historic sites and why they're working to preserve them.

The museum tells the story of Virginia’s 18th century capital and includes more than 400 restored or reconstructed buildings. More than half of the 2,000 people who lived in Williamsburg in the late 18th century were Black — and many were enslaved.

Sharing stories of residents of color is a relatively new phenomenon at Colonial Williamsburg. It wasn’t until 1979 when the museum began telling Black stories, and not until 2002 that it launched its American Indian Initiative.

First Baptist has been at the center of an initiative to reintroduce African Americans to the museum. For instance, Colonial Williamsburg's historic conservation experts repaired the church's long-silenced bell several years ago.

Congregants and museum archeologists are now plotting a way forward together on how best to excavate the site and to tell First Baptist's story. The relationship is starkly different from the one in the mid-20th Century.

“Imagine being a child going to this church, and riding by and seeing a parking lot ... where possibly people you knew and loved are buried," said Connie Matthews Harshaw, a member of First Baptist. She is also board president of the Let Freedom Ring Foundation, which is aimed at preserving the church's history.

Colonial Williamsburg had paid for the property where the church had sat until the mid-1950s, and covered the costs of First Baptist building a new church. But the museum failed to tell its story despite its rich colonial history.

“It's a healing process ... to see it being uncovered,” Harshaw said. “And the community has really come together around this. And I'm talking Black and white.”

The excavation began last year. So far, 25 graves have been located based on the discoloration of the soil in areas where a plot was dug, according to Jack Gary, Colonial Williamsburg's director of archaeology.

Gary said some congregants have already expressed an interest in analyzing bones to get a better idea of the lives of the deceased and to discover familial connections. He said some graves appear to predate the building of the second church.

It's unclear exactly when First Baptist's first church was built. Some researchers have said it may already have been standing when it was offered to the congregation by Jesse Cole, a white man who owned the property at the time.

First Baptist is mentioned in tax records from 1818 for an adjacent property.

Gary said the original foundation was confirmed by analyzing layers of soil and artifacts found in them. They included an one-cent coin from 1817 and copper pins that held together clothing in the early 18th century.

Dozens of African American headstones taken from a D.C. gravesite and dumped along the Potomac River will be restored and relocated. News4's Drew Wilder reports.

Colonial Williamsburg and the congregation want to eventually reconstruct the church.

Jody Lynn Allen, a history professor at the nearby College of William & Mary, said the excavation is part of a larger reckoning on race and slavery at historic sites across the world.

“It's not that all of a sudden, magically, these primary sources are appearing,” Allen said. “They’ve been in the archives or in people’s basements or attics. But they weren’t seen as valuable."

Allen, who is on the board of First Baptist's Let Freedom Ring Foundation, said physical evidence like a church foundation can help people connect more strongly to the past.

“The fact that the church still exists — that it's still thriving — that story needs to be told,” Allen said. “People need to understand that there was a great resilience in the African American community.”