While working undercover, Colson fired the shots that disarmed an active shooter on a suicide mission who was firing at the District 3 police station. Seconds later, fellow officer Taylor Krauss shot and killed Colson.

Colson had stopped by District 3 to drop off lunch for Officer Mirian Perez, who he'd been dating.

According to court testimony, gunman Michael Ford stood in front of the District 3 station and fired in hopes of police killing him. His brothers recorded the unprovoked act for social media.

In police dash cam video obtained by News4, Colson is heard yelling "police" to identify himself. 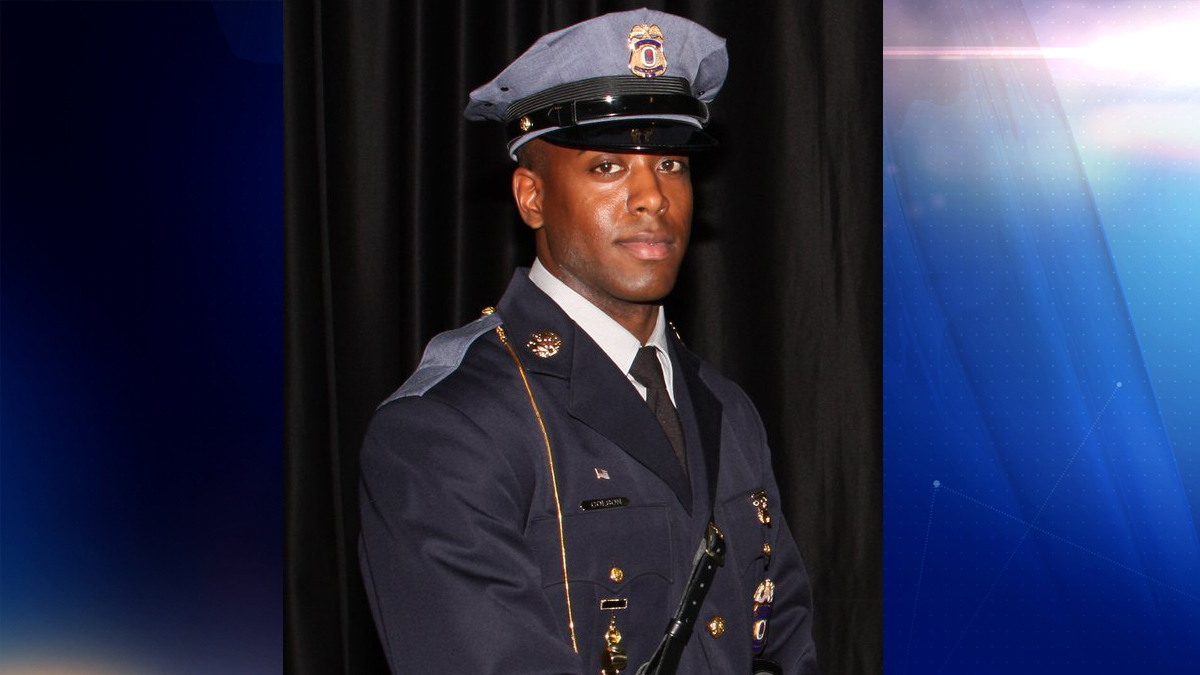 In court, Krauss said he thought Colson was the active shooter. Krauss was found not criminally responsible for the shooting.

“Let's be very clear, Jacai Colson survived a gun battle with Michael Ford,” said Colson’s father, James. “He retreated and ran for cover, as his training and instincts took place, and took a bullet from Taylor Krauss ... and was killed recklessly by another police officer.”

In their suit, Colson's family alleged their son did not match the gunman's description and Krauss had worked at a desk next to Colson and should have recognized him or not fired if he couldn't.

“The Colson family filed a civil suit in this case in an effort to get answers about what happened to their son,” family attorney Tiffani Collins said.

“I was there, obviously, as state's attorney to work with the family and to do everything we could to support them, and we've continued to do that throughout,” said County Executive Angela Alsobrooks, who was state's attorney at the time of the shooting.

The Colsons disagreed and expressed their disappointment at a news conference Wednesday.

While the civil lawsuit is over, the Colsons say they are still on a journey for justice.

“This settlement is just the tip of the iceberg,” said Colson’s father.

The Colson family got $400,000 in the settlement – the highest amount allowed under state law in a case like this.

Perez, now retired, tried to save Colson that day but was never awarded a medal of valor or given disability for her subsequent PTSD. After seeing a News4 report about her, the chair of the Prince George's County Council is calling for her to receive an award and disability retirement.

Krauss is no longer with the Prince George’s Police Department.