Gov. Larry Hogan's "disingenuous assertion that we are trying to suppress the vote flies in the face of the facts, and he knows it," County Executive Angela Alsobrooks said

The Prince George’s County executive says Gov. Larry Hogan’s orders on how the election will be held in November put voters’ health at risk as the coronavirus pandemic continues. She also had sharp words for the governor after he cited concerns about voting rights.

“There is no other way to justify his refusal to mail ballots to Marylanders, or his request that we, in the middle of a pandemic, ask hundreds of thousands of voters to go to crowded polling places,” she said in a statement Wednesday.

Hogan issued a directive to hold a traditional, in-person election on Nov. 3. In a letter Monday, he demanded an update from the state election board on its plans for mail-in voting and polling places.

The governor criticized Prince George’s County leaders for proposing keeping 15 out of 244 polling sites open for in-person voting. Closing 229 precincts would “justifiably result in allegations of voter suppression, and it would be unconscionable,” Hogan wrote. He cited President Barack Obama’s eulogy for Rep. John Lewis.

Alsobrooks responded Wednesday that, “His disingenuous assertion that we are trying to suppress the vote flies in the face of the facts, and he knows it.”

Voter turnout using mail-in ballots was higher during the June 2 primary election than it’s been in 12 years, Alsobrooks said.

Hogan said state election officials appear to be on a path to repeating the “massive failures” of the primary, which was plagued by problems with mail-in ballots and long lines at polling stations. 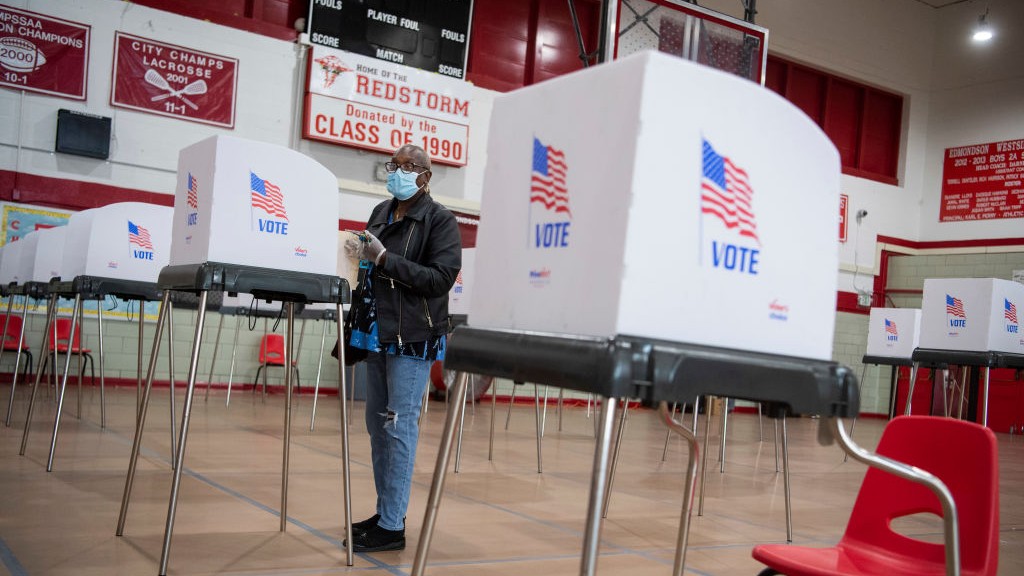 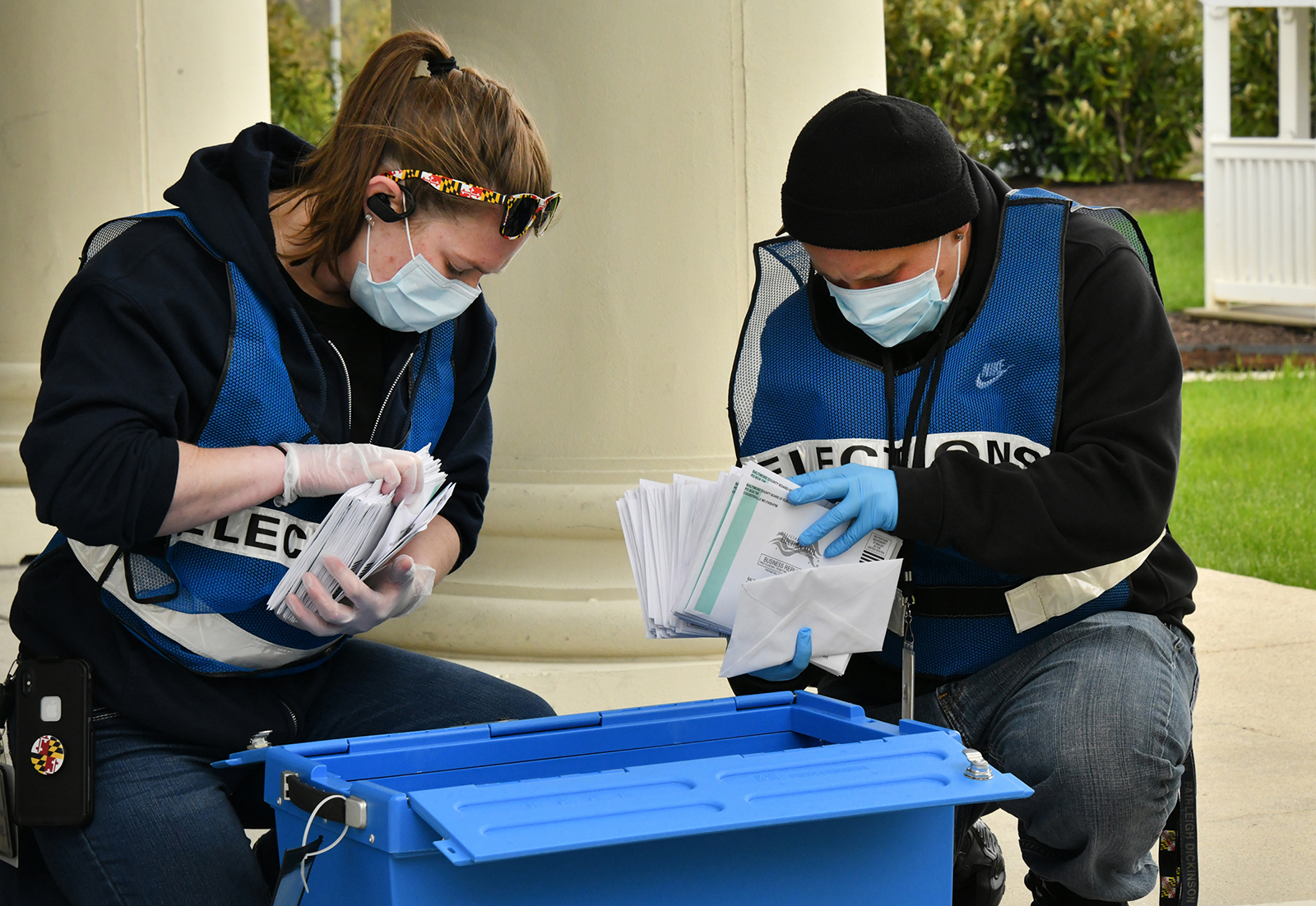 The state already has a shortage of thousands of poll workers for election day. A local election official warned the five-member board that time is running out for them to “to adjust course and save the election process in Maryland.”

State officials are forging ahead with plans to send mail-in ballot applications to voters. The vice chairman of the state election board said voters should instead receive a ballot without having to ask.

Heres the quickest way to get a mail-in ballot anywhere in Maryland: Text to the number 77788 the letters VBM, which stands for "vote by mail." This will quickly get you a link. The board of elections suggests you submit in your mail-in ballot application as soon as possible.