The latest news on the 2020 presidential election
Elections

Virginia Votes in 2020 Democratic Primary With 99 Delegates at Stake

Virginia voters have about one more hour to pick which Democrat should vie against President Donald Trump in November.

Polls are open until 7 p.m. on Super Tuesday, when Virginia joins 13 other states in selecting a nominee. Anyone in line by 7 p.m. will be able to cast their vote. Here's what else voters need to know.

Many Virginians awoke early to cast their ballots. About 125 people voted in the first 75 minutes at one Old Town, Alexandria, poll location.

Turnout in Fairfax County reached 20 percent by about 4 p.m. and almost 18 percent in Loudoun County.

Virginia's ballots listed 14 candidates, although most of them have suspended their campaigns. Joe Biden, Mike Bloomberg, Tulsi Gabbard, Bernie Sanders and Elizabeth Warren are the remaining five in the race.

Former New York Mayor Mike Bloomberg is on the ballot for the first time on Super Tuesday and setting his sites on a victory in Virginia. But it’s Joe Biden who’s had an 11th hour wave of support in Virginia from a group of key elected leaders including Sen. Tim Kaine. News4's Julie Carey is following the candidates' efforts in the Commonwealth.

Scott Bauer, who voted at a Richmond elementary school, said he reached the decision to vote for Biden in the past few days, after the former vice president’s decisive win in the South Carolina primary.

Bauer, a 55-year-old IT consultant, said he worried about Democrats "throwing too much support" to Sanders, who he didn’t think could win in November.

"And that’s the most important thing is to, you know, defeat Trump and win the election for the Democrats," Bauer said.

Virginia has 99 delegates at stake on Tuesday, with each of the state's 11 congressional districts electing between four and seven National Delegates, Virginia Democrats say. 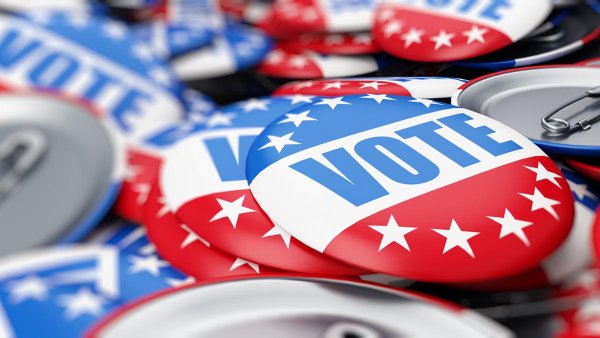 Virginia's 2020 Primary: What You Need To Know 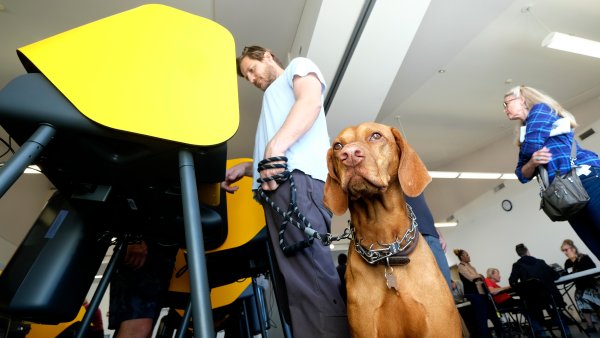 Candidates need 15% of the vote to get any delegates. Each presidential contender who reaches above that threshold is set to be given delegates proportional to the statewide vote.

Virginia has over 5.6 million registered voters and hosts an open primary, meaning voters can participate in Tuesday's Democratic primary regardless of the party stated on their voter registration.

Republicans will select their delegates at this year's National Convention. The only race happening in Virginia on March 3 is in the Democratic primary.

Virginia is America in miniature with diverse voting blocs, a mix of rural, urban and suburban areas, and many veteran voters.

Once a key swing state, Democrats have won every statewide election in Virginia for the last decade, while also flipping partisan majorities in the state legislature and the congressional delegation. Voter antipathy toward Trump, particularly in the state’s fast-growing suburbs, have helped fuel that shift.

Virginia is not currently a priority for Trump's reelection campaign, but there is concern among Democrats that if Sanders is his opponent, it will threaten down-ballot races. Still, Virginia is among the few states on Super Tuesday that are considered possibly competitive in the fall.

Biden will be counting on Virginia's suburban and African-American voters to help keep his momentum going after a convincing win in South Carolina on Saturday. Many of the state's top Democrats have endorsed him, including top African American officials.

Bloomberg has been a regular visitor to Virginia, and launched his race here. He's spent millions of dollars helping elect Democrats in Virginia and spent lavishly on campaign staff and advertising,

Sanders doesn't need to win Virginia to have a good day on Super Tuesday. But weak results here may reinforce fears from many in his own party's establishment that Sanders will struggle to win over legions of centrists he'll likely need against Trump.

A surprise showing in Virginia by Massachusetts Sen. Elizabeth Warren could be a much-needed boost to her campaign.

In Richmond, Jonathan Ashworth, a 26-year-old engineer, said he voted for Warren because he found her smart, thoughtful and passionate

"I think she’s got everything it takes to be the leader of this country,” he said.

Ivy Austin, a 69-year-old co-owner of a theatrical costume shop, voted for Biden in Richmond.

"I’m a moderate Democrat and I think it just needs to go to the middle because the others are just too far to the left for me," said Austin, who added that she "waffled back and forth" between Biden, Buttigieg and Sen. Amy Klobuchar before the latter two dropped out of the race.

Security of elections has been a concern in recent years, but officials say Virginia has been vigilant against potential threats. Virginia's Department of Elections says it has increased training, hired more staff and coordinated between local and state officials to ensure an accurate count.

If you do have a complaint related to registration or voting, you can go here for more information on reporting. You can also contact News4 on social media or at tips@nbcwashington.com