A boy shouting about a shooter in a Virginia movie theater sparked a panic that caused crowds of people to run away from a busy shopping center, police say. Officers found no evidence of a shooting.

Police say an unknown juvenile male went into a theater playing "IT Chapter Two" Saturday night and yelled there was a shooter.

Theatergoers ran out yelling for someone to call 911, police say. The false information spread throughout Ballston Quarter mall in Arlington, Virginia, prompting people flee the shopping center. Some left their belongings behind.

A large swath of police officers surrounded Ballston Quarter mall about 8:45 p.m. Police said they initially received 911 calls about a shooting at the Regal movie theater inside the mall on Glebe Road. 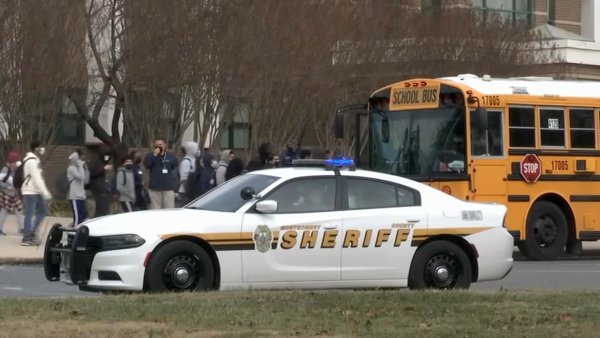 "We all ran. Some people left their phones and wallets and everything. I didn't know anything and so we just ran," a young girl told News4.

"Somebody started coming out saying that they're shooting and we just saw crowds of people coming out of the main entrance and then everybody started running," one woman said.

"I heard stuff like this happens in malls. I really don't come to malls to shop. Now, I'm working in one. So, I'm petrified right now," one man told News4.

One person suffered a minor injury while running out of the building and was taken to a hospital, police said. No other injuries were reported.

Officers were still on the scene investigating hours later. A helicopter was also flying over the area.

Officers did not find any evidence of a shooting or any victims after completing their investigation, including a systematic search of the theater and the mall, police said.

Arlington sent an alert out to residents about the possible shooting.

"We take every call seriously. We have to conduct a full investigation that's why we do have a significant police presence here. And we ask our public, as always, to see something, say something and report suspicious activity to us and we're going to do our job to fully investigate," Arlington County Public Information Officer Ashley Savage told News4.

After midnight, the building was released back to management and people were allowed to pick up their cars from a parking garage. Police say anyone who left personal items behind should contact the business they were visiting.

Videos posted on Twitter show a massive police presence in the area and social media users reported seeing people running out of the mall.