People Gather at Vigil on Heels of Violent Weekend to Remember Barber Shot, Killed in DC

As officials struggle with the uptick in fatal shootings, Mr. Lou Musgrove's barber chair stands covered in a large blanket, covered in pictures of him with loved ones, that also says "RIP AWESOME BARBER LOU."

People gathered Monday to remember a beloved barber shot and killed in D.C. just over two weeks ago. The vigil took place on the heels of another violent weekend in the District, which saw 18 people shot and three killed.

Allia Musgrove described how she felt about the murder of her husband, Lou Musgrove, at the vigil held outside a Sharper Image Barber Shop on Georgia Avenue.

“Devastated, overwhelmed and tired,” Mrs. Musgrove said. “I’m grateful and thankful that everybody showed up to show him love.” 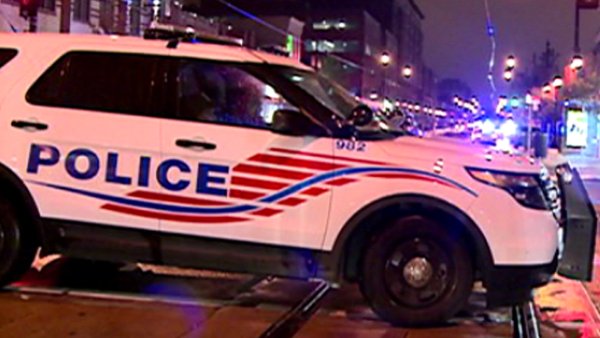 3 Killed, 18 Wounded in 12 Shootings Over Weekend in DC Mr. Musgrove cut hair at the barber shop in Northwest D.C. for 15 years. He was shot in the head in Northeast on July 23 and died days later.

"He's going to be missed. He come from great stock," one man said at the emotional candlelit ceremony.

"Justice will be served. I will say that," another woman said.

The father of two is one of dozens of victims of gun violence victims in the District.

At the vigil, weeping loved ones held each other and wore T-shirts with Mr. Musgrove's picture and the letters "RIP."

Just this past weekend in D.C., 18 more people were shot and three of them were killed.

Two of those victims were 20-year-old Kendall Brown and 69-year-old James Beckham. They were gunned down in separate shootings in Southeast D.C. on Saturday.

“That’s the common denominator -- people with illegal firearms," he said.

As officials struggle with the uptick in fatal shootings, Mr. Musgrove's barber chair stands covered in a large blanket, emblazoned with pictures of him and loved ones, that also says "RIP AWESOME BARBER LOU."

“[The violence] makes no sense and for those who know and are harboring those who go out and do things like this, it’s a shame. And we will never get our loved ones back," Mrs. Musgrove said.

Police urge anyone with information about Mr. Musgrove's killing to call D.C. police. There is a $25,000 reward for information that leads to an arrest and conviction.

One woman said a prayer at the vigil, surrounded by mourners holding hands.

"Violence must cease. It must stop right now Lord God. Have your way in this city Lord God," she said.