Some of Vice President-elect Mike Pence's new Washington neighbors are welcoming him to the area with gay pride flags.

Pence is living in the Chevy Chase neighborhood during the transition before he moves into the vice president's mansion on the grounds of the Naval Observatory next year. 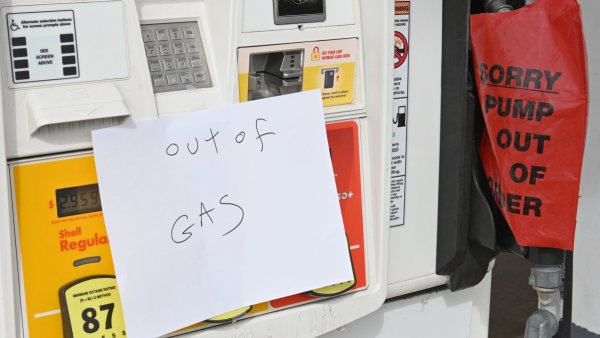 LGBT activists have criticized Pence for a "religious objections" law he signed as Indiana governor that they said could sanction discrimination against gay people.

They also pointed to a past insinuation while speaking in Congress against same-sex marriage that being gay is a choice and that same-sex couples would bring on "societal collapse."

And detractors have also objected to his platform during a 2000 congressional campaign that included a call for HIV funding to direct resources "toward those institutions which provide assistance to those seeking to change their sexual behavior."

LGBT activists have said that signaled his support for anti-gay conversion therapy. The American Medical Association and the American Psychological Association have been among those who say the therapy does not work and have condemned it.

A spokesman for Vice-President elect Pence recently told The New York Times that the congressional campaign statement had been misinterpreted. Pence does not support the conversion therapy and had been calling for money to go to "groups that promoted safe sexual practices,” the spokesman said.

But activists aren't convinced and have also criticized a line that made it into the Republican Party platform this year to support the "right of parents to determine the proper medical treatment and therapy for their minor children,” the Times reported.

"When I think of Mike Pence, the first thing I think about is his stance on the LGBT community," new neighbor Joanna Pratt told NBC Out. "What bothers me most are his statements that he supports conversion therapy, which is completely outrageous. I find it abhorrent."

Pratt told NBC Out that she didn't think that there were any LGBTQ families on the block, though a gay tenant had sent a note of support.

A Pence spokesman did not immediately respond to emails by The Associated Press and NBC Out seeking comment.