Passengers and law enforcement sources told News4 they had to make an emergency landing because the passenger was interfering with the flight crew.

An off-duty Montgomery County police officer was among the small group of passengers and flight attendants captured on video holding down an unruly passenger on board a flight headed to Reagan National Airport outside Washington, D.C. from Los Angeles.

The American Airlines plane had to be diverted to Kansas City due to an unruly man, identified as 50-year-old Juan Remberto Rivas, according to authorities and video. 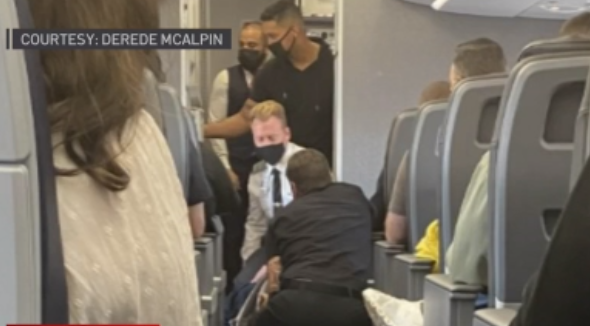 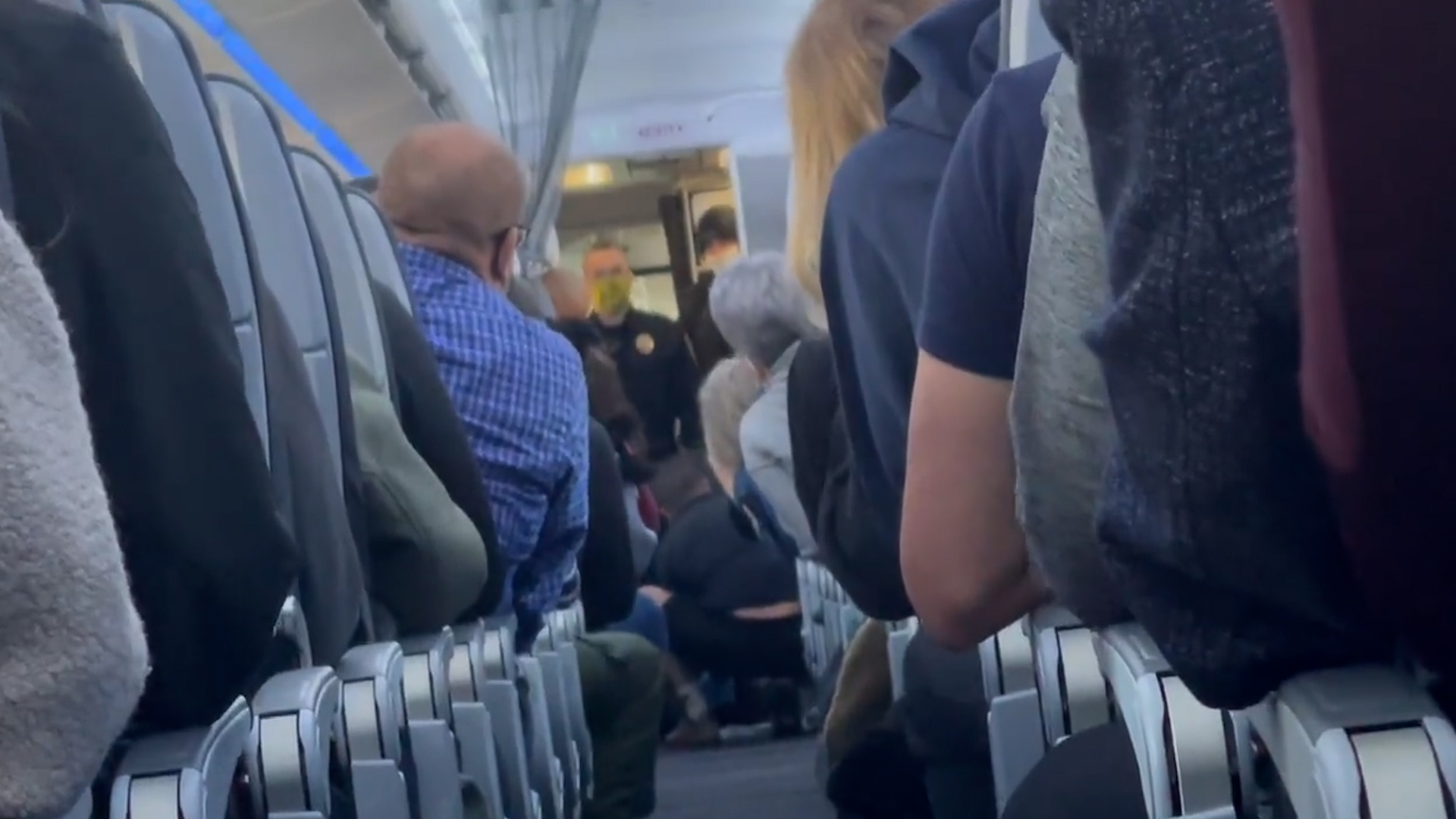 “When I actually heard somebody yell, I knew something was up and I jumped out of my seat,” Officer Rich Reynolds said.

Reynolds had been watching the suspect because he was in the flight attendant prep area for an unusual amount of time. Then, things escalated.

Passengers said Rivas tried to get into the cockpit and open an exit door.

“The gentleman was holding a glass bottle in his right hand, I guess almost like in a weapon-like manner, and he was actually reaching back and trying to open up the door which leads out to the open air from the airplane,” Reynolds said.

According to a criminal complaint, Rivas held some plasticware in his hand like a shank, tried to break a champagne bottle on a counter and shoved a service cart into one of the flight attendants.

A crew member hit Rivas over the head with a coffee pot twice. The passengers and flight crew tackled the suspect onto the floor as the plane made an emergency landing.

“We put him in handcuffs and they very quickly took [us] all the way down from 30,000 feet and got us on the ground. It was an experience,” Reynolds said.

Once the plane landed, Rivas was taken into custody. Passengers spent several hours in the airport. An arrival board showed a more than five-hour flight delay.

“We were watching Yellowstone one second, ready to go home from a great week in California, and everything just broke loose. Definitely never think you’ll be part of something like that,” Reynolds said.

Passengers were grateful that the off-duty officer and the others got Rivas under control before anyone got hurt.

Reynolds said many of the passengers felt so relieved, they hung out together at the airport watching Super Bowl LVI.

“Happy everybody got back home and hopefully [Rivas] gets some help. I made a lot of new friends yesterday, I’ll tell you that,” Reynolds said. “A lot of people I’ll always remember. Flight 1775 – never forget it. It was awesome.”

Rivas is facing a federal charge of interfering with a flight attendant. If convicted, he faces up to 20 years in prison.

Flight attendants told authorities they did not serve alcohol to Rivas on the flight.

“We’re grateful to our crew members, who are consistently dedicated to the safety and care of our customers and who handled the circumstances with the utmost skill and professionalism,” the airline said in a statement.