Thursday marks day four without power for thousands of Northern Virginia residents, and now they are facing even more snow.

Stafford County and the Fredericksburg area were two of the hardest-hit spots.

A Dominion Energy spokesman said they are hoping to have almost all power restored by Friday evening. But most of the folks in the Aquia Harbor community in Stafford County are bracing for another cold, dark night and more snow.

Cody Calhoun and his neighbors have spent the last four days cutting up fallen trees and moving them off roads, in hopes of clearing a path for utility crews. Power restoration has been slowed by the many blocked roads.

"Anything we can do to get these trees out of the way and allow the power crews to come in and do what they need to do," Calhoun said.

Once utility crews make it into Aquia Harbor, they'll find dozens of fallen power poles and electrical lines. At least 1,100 residents there have been without power since Monday morning’s storm dropped more than a foot of snow and started bringing down trees. 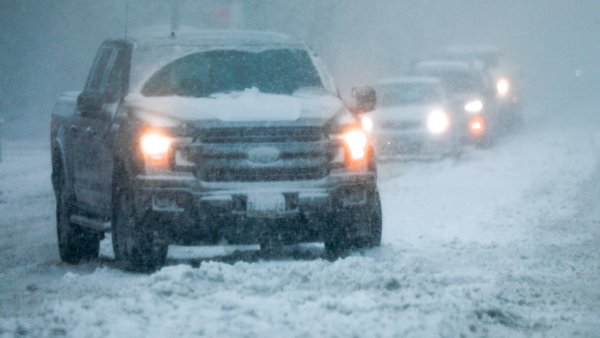 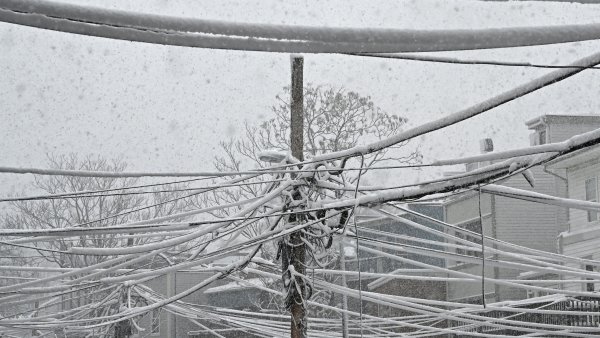 Now the McClutchy family and their neighbors are trying to make the best of it, figuring out a way to keep the children warm.

"One house, which is over there, had the generator up and going first. They fired up the pellet stove; we’d keep the kids there during the day," she said.

Inside the McClutchy family's home, they’ve hung blankets to block off the living room where at night they huddle and sleep around a space heater. By day, they make deliveries to those who might need food.

And Cody Calhoun, the man cutting up trees, first had to turn his chainsaw loose in his own backyard, where some 15 trees crashed down. One fell on the roof and broke a window.

His wife, Heather Calhoun, and their children are sheltering in the family's camper.

Heather Calhoun said she's proud of the work being done.

"The community’s really come together," she said. "I'm really proud of them, proud to be part of the community."

The downed trees and power lines have made it challenging for ambulances there. Residents said one of their neighbors died this week after suffering a heart attack.

Aquia harbor is broken up into three sections. The hilliest area, Section 3, is still blocked off. Some of those residents were still very isolated Thursday night.