The problems are lingering along Route 1 through Stafford County, Virginia, two days after a winter storm dumped inches of snow and ice on the region and left people stranded overnight on Interstate 95.

More than 100 roads remain closed in the Fredericksburg area, the Virginia Department of Transportation said Wednesday.

An ambulance was delayed Wednesday by the road conditions, with an anxious family waiting on the other end. And there's continued fallout from the disaster on I-95 bleeding into surrounding communities, where stranded cars were left smashed into guardrails or buried in snow.

Mike Clark slept in his car Monday night, ditched it Tuesday and returned for it Wednesday.

"Hopefully I can get out, get a little bit of gas, and get home," he said.

Route 1 in Stafford County still had sections that were impassable Wednesday night.

Like Clark, Minako Fernandez of Stafford also spent Monday night in her car. And, she said, escaping I-95 was only the beginning.

"Route 1 was just traffic," she said.

With snow and ice still covering many streets, the impact was apparent as an ambulance pulled into a Stafford neighborhood and then stopped. Audrey Taylor had called for help for her mother, but an icy road separated the ambulance from reaching the family.

"We were told that an ambulance can't make it back here," said Taylor. 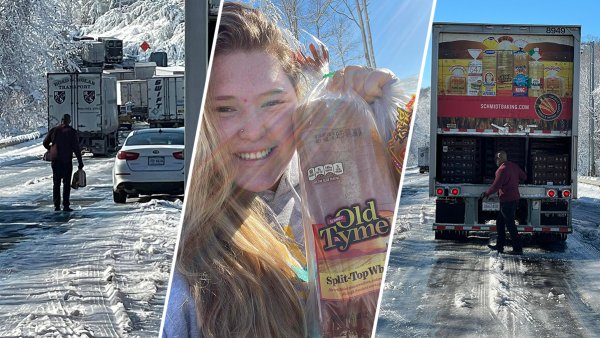 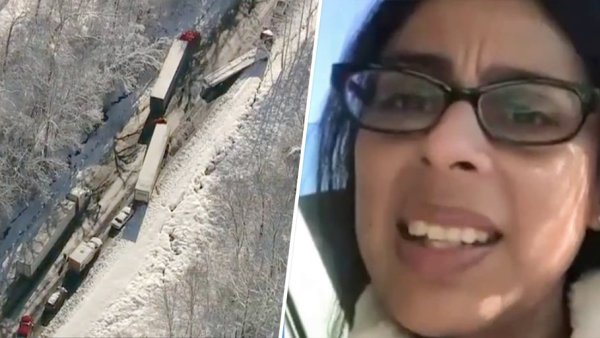 Stafford County crews said they're working through issues like these; some ambulances have even gotten stuck with patients inside.

"Due to some of the road conditions, some of our units did get stuck and we were able to have workarounds to make sure it didn't impact patient care," Katie Brady of Stafford County Fire and EMS said.

Taylor checked on her mother with the clock ticking and no way to get her to the emergency room.

"It's scary because my mom is unable to walk," Taylor said. "She needed the gurney and unfortunately they can't get back here to get her to put her on the gurney."

Down at the bottom of the neighborhood, the ambulance driver decided to go for it. The vehicle made it up the icy roads to Taylor's mom and finally got her to the ER.