A man who was ordered to leave a Loudoun County restaurant fired a gunshot toward an employee and struck a window of the restaurant before driving off, authorities in Virginia say. An armed security guard then shot at the suspect's pickup truck multiple times as he drove away, authorities said.

The Loudoun County Sheriff's Office is investigating the shooting, which happened outside Tommy's Place II in the 150 block of Enterprise Street in Sterling.

Deputies responded to the scene about 11:15 p.m. Saturday. 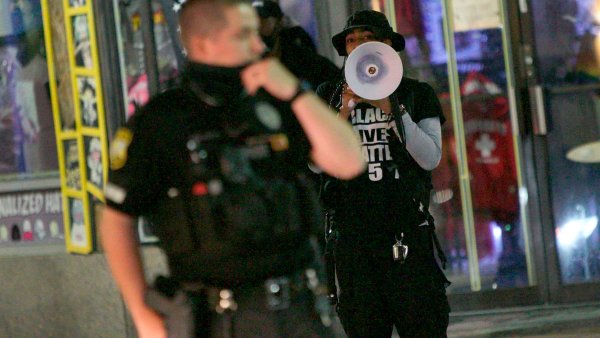 Prior to the shooting, an employee had reportedly told the suspect to leave the restaurant. The suspect threatened the employee as he was leaving, and the shooting happened a short time later, the sheriff's office said.

A customer who was inside the restaurant at the time received minor injuries.

Authorities are still looking for the suspect, who was described as 5 feet 5 inches tall and left the scene in a black Toyota Tundra.