A federal judge has again ruled against a Northern Virginia school system that he found guilty of discriminating against Asian American students when it overhauled its admissions policies at a highly selective high school.

On Friday, U.S. District Judge Claude Hilton rejected a request from Fairfax County Public Schools to delay the implementation of his ruling against the new admissions policies at Thomas Jefferson High School for Science and Technology.

The school system argued that its selection process for the incoming freshman class is well underway and implementing his ruling now would throw the process into chaos.

On the eve of a court hearing over the matter, a group of parents and others protested over admissions changes at what is often ranked the number one public high school in the U.S. News4's Jackie Bensen reports.

But Hilton said Friday that the school system has been aware for months that its process could be in jeopardy, and said it should be prepared now to revise it to eliminate aspects he found unconstitutional.

He said there is a risk of “irreparable harm to the students who have been found to have been discriminated against” if the school system were allowed to use those same procedures for a second straight year.

The case has been closely watched as courts continue to evaluate the role that racial considerations can play when deciding who should be admitted to a particular school. Similar debates have popped up at elite public schools in New York, California and elsewhere. Earlier this year the U.S. Supreme Court agreed to hear a similar case alleging that Harvard University discriminates against Asian Americans in its admissions process. 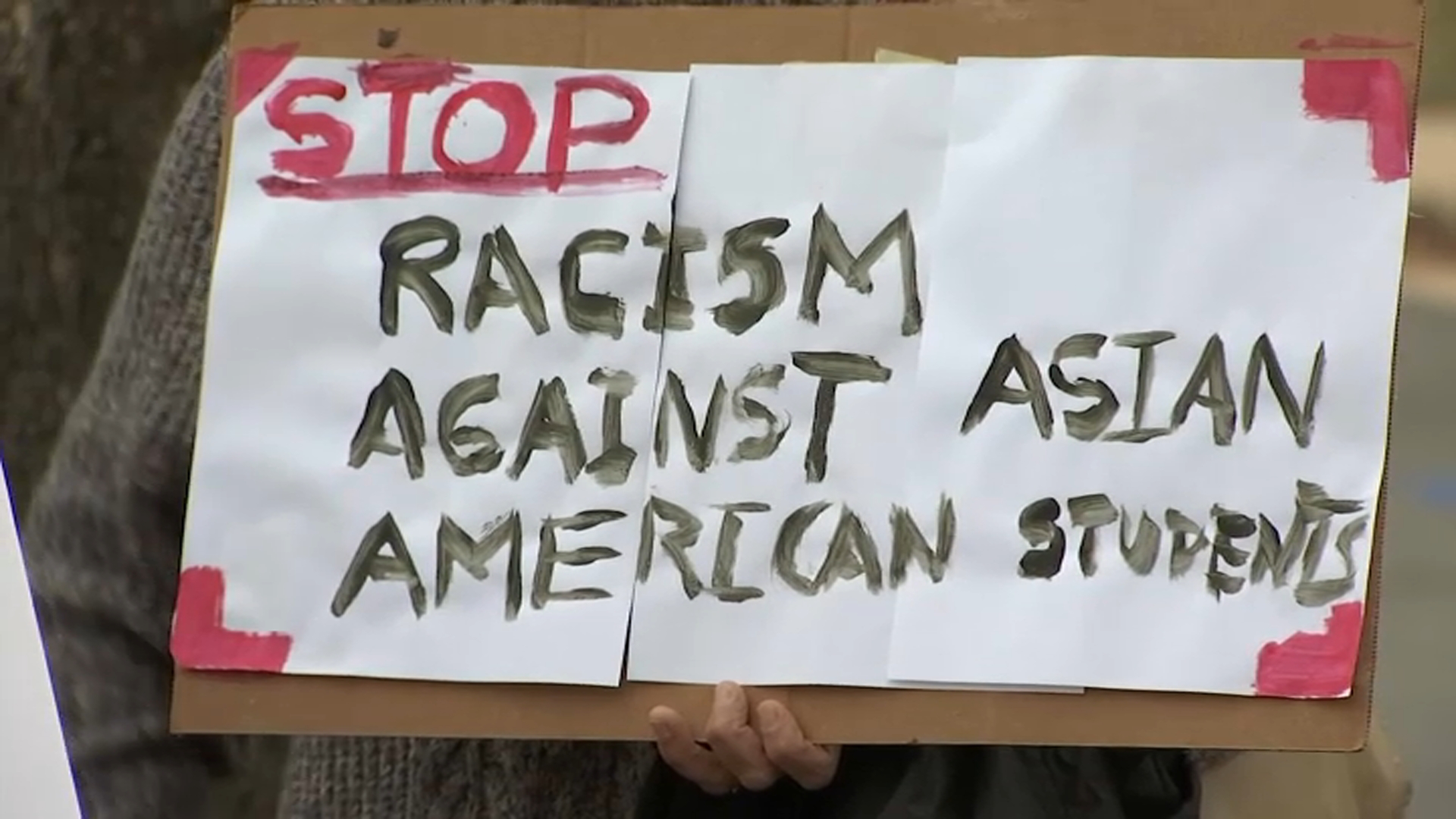 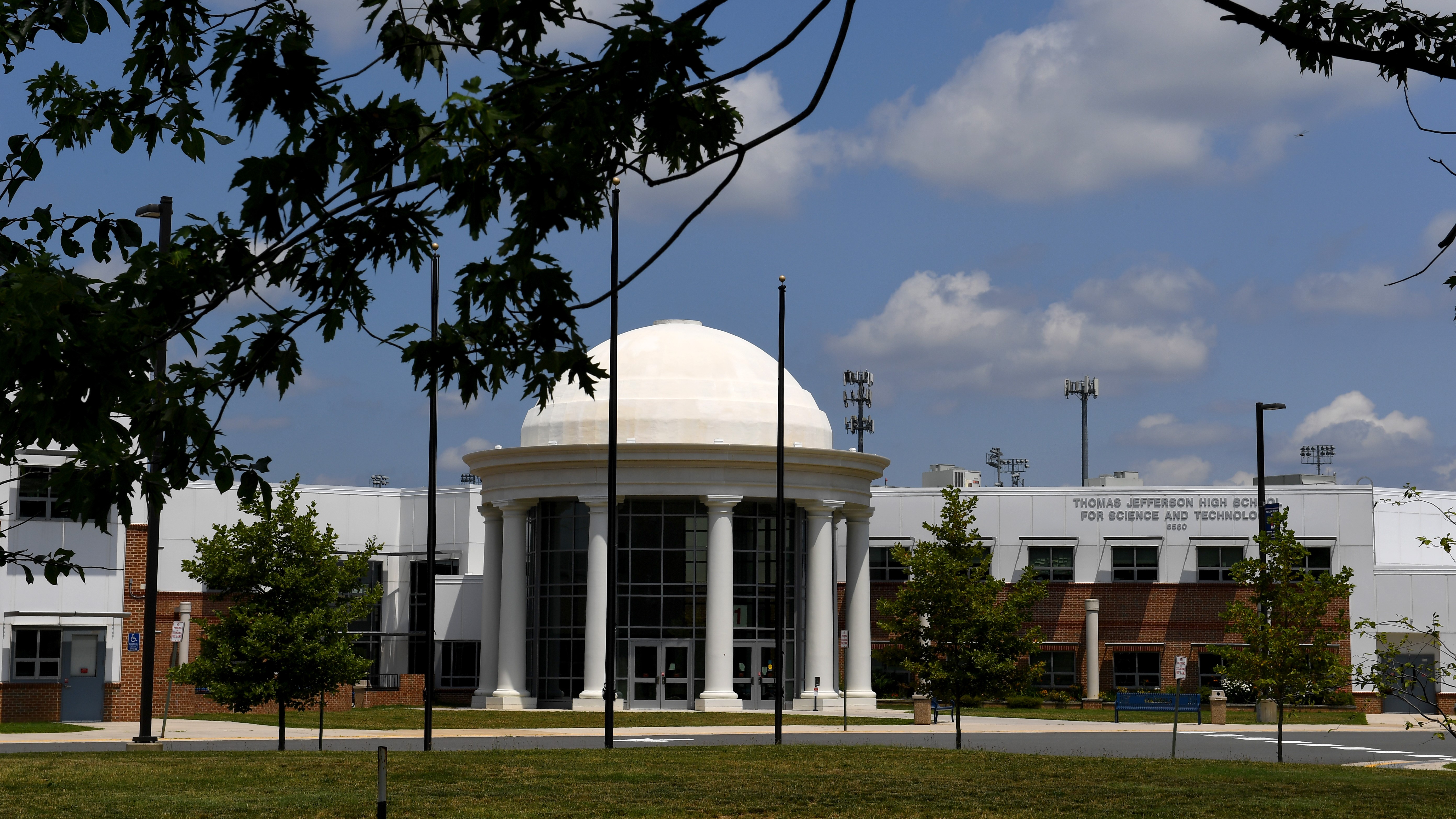 Hilton ruled last month that impermissible “racial balancing” was at the core of what motivated the county school board to overhaul admissions at “TJ,” a highly sought-after school near the nation's capital that is often ranked as the best public high school in the country.

For decades, Black and Hispanic students have been woefully underrepresented in the student body. In the wake of criticism over a lack of diversity, the school board scrapped a standardized test that had been at the heart of the admissions process. It opted instead for a process that sets aside slots at each of the county’s middle schools. It also includes “experience factors” like socioeconomic background.

A parents’ group sued in federal court, arguing Asian Americans, who constituted more than 70% of the student body at TJ, were unfairly targeted in the new policy.

It's unclear what Fairfax County Public Schools must do to bring its admissions policies into compliance with Hilton's order. In a statement issued after Friday’s hearing, the school system said it’s considering an appeal of Hilton’s ruling.

“This ruling is so inconsistent with current law on diversity efforts that we cannot stand by and allow it to go unchallenged,” said School Board Chair Stella Pekarsky. “We cannot walk away now after making so much progress toward a fair and equitable system.”

The school system has insisted that its new policies are race neutral, and the panel evaluating applicants is not even aware of applicants' race as it conducts its reviews.

Hilton, though, said in his ruling that the changes, implemented against a backdrop of heated debate over the student body's racial makeup, were “infected with talk of racial balancing from its inception.”

School officials say they cannot reinstate the standardized test used in years past because one of its components has been discontinued by the vendor.

Asra Nomani, a former TJ parent and cofounder of the parents' group Coalition for TJ, which filed the lawsuit, said another standardized test could easily and quickly be lined up as a replacement if the school system were willing. She called it “unconscionable” that the school system is still defending its policies after a judge found them to be discriminatory.

“That's nothing but systemic racism” against Asian Americans, she said.

Erin Wilcox, a lawyer for Pacific Legal Foundation, which represented the Coalition for TJ, said after Friday's hearing that it's up to the school board to craft an alternative admissions policy but “whatever they do, they can't discriminate against a group of students based on race.”