Youngkin said he’s including parents and small business owners on his transition committee as he prepares to take office in January.

At a “thank you” rally outside a Northern Virginia school board building, Governor-elect Glenn Youngkin expanded on his plans for the state, telling supporters that he looks forward to using his veto pen and wants to be known as the education governor.

Saturday night, Youngkin vowed before supporters to ban critical race theory -- even though it’s not currently taught in Virginia high schools -- and increase the number of charter schools.

“Safety in schools is part of that day one game plan. It’s something I’ve been really, really focused on, that’s why I think every school should have a school resource officer in it,” Youngkin said outside the Loudoun County School Board.

At the rally, where supporters of all ages braved the cold to hear him speak, many carried “Parents for Youngkin” signs. 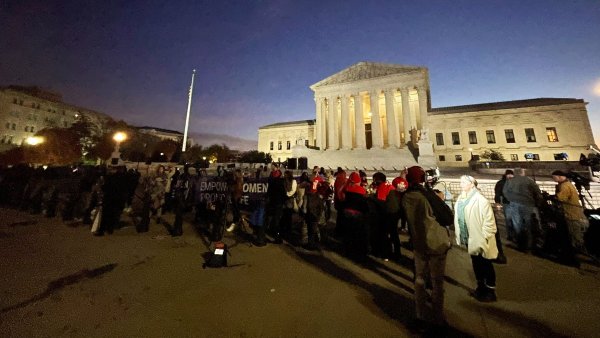 “I’ve lived in Fairfax county my entire life and it's just refreshing to see the American spirit, and Glenn Youngkin carries that,” one supporter said.

Throughout the night, the governor-elect thanked people who supported him and said he values their input.

“We have a lot of fresh faces engaged in this because this is a time for new ideas, not recycled ones, and so I’m so excited about the involvement across the Commonwealth to get moving,” he said.

Youngkin also said he’s including parents and small business owners on his transition committee as he prepares to take office in January.

“Well there’s just certain things we’re not gonna allow to happen. Our right to work status in Virginia is not gonna go anywhere and qualified immunity which protects our law enforcement from frivolous lawsuits is not going anywhere,” he said.