A federal judge agreed to hear evidence in the fatal shooting of Bijan Ghaisar by U.S. Park Police.

A hearing set for August will look at whether the two officers who shot Ghaisar are entitled to immunity.

The Ghaisar family left the federal courthouse in Alexandria, Virginia, Friday relieved the facts of the case will finally be heard by a judge. 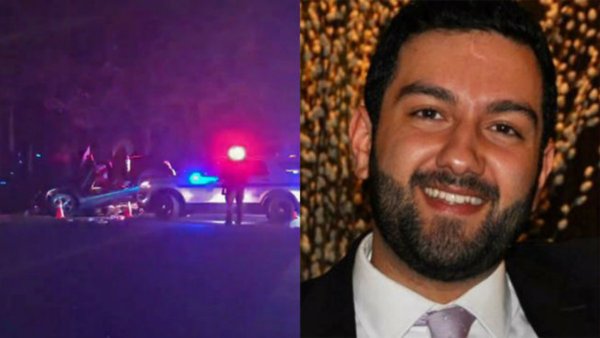 “I’m very, very ecstatic that finally after three-and-a-half years we’ll have a day in court where the evidence comes out and people can actually see how brutally my brother was murdered,” Ghaisar’s sister said.

The two officers, Lucas Vinyard and Alejandro Amaya, have been indicted on manslaughter charges in Fairfax County, where the shooting took place, but the case has been moved to federal court after the officers claimed they have immunity under the Constitution’s supremacy clause, which says federal law is the “supreme law of the land” and takes priority over state law.

The shooting of the McLean accountant was recorded by a Fairfax County police officer’s dashboard camera and appears to show Ghaisar slowing pulling away from the officers when they opened fire.

The officers claim they fired in self-defense.

The chief deputy for the Fairfax County Commonwealth’s Attorney’s Office says when the hearing begins in August, they will basically put on what’s considered a mini trial in which witnesses will be called, including the two U.S. Park Police officers involved in the shooting.

The FBI investigated the shooting for two years before the U.S. Attorney’s Office declined to file charges against the officers.

There will be no jury at the hearing in August. The judge will only look to decide whether the state made its case and can prosecute the officers or if the two deserve immunity.