The board overseeing Virginia's largest school district has failed to endorse a plan from its superintendent that would keep a majority of students fully online until February.

In a series of votes early Friday morning after a nearly seven-hour meeting, the 12-member Fairfax County school board deadlocked 6-6 on whether to endorse Superintendent Scott Brabrand's plan or whether to push for an earlier return to in-person learning for grades 3-12. 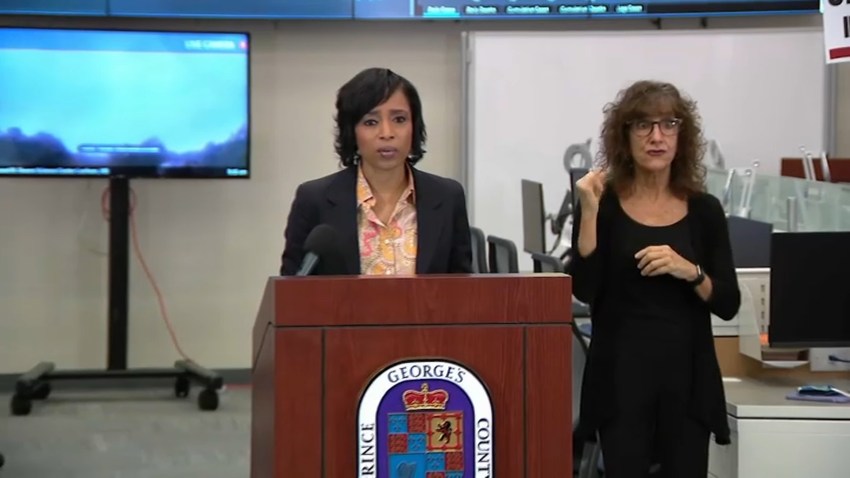 Prince George's Staying in Phase 2, Urges Residents Not to Gather for Holidays

The votes were non-binding but reflect the deep divisions in the county and elsewhere on whether it's safe for students to return to class as the coronavirus pandemic continues.

Brabrand's proposal called for staggered returns for limited in-person learning. Some career prep students are already back in class, and special needs students would follow in the coming weeks, then prekindergarten through second grade by mid-November. But grades three through six would not get any in-person instruction until January, and middle and high school students would have to wait until February.

Braband has said logistical challenges are significant with many teachers resisting students' return to class.

Some board members said that’s not what many parents are demanding and expecting.

“We wanted to bring them back to school as soon as possible,” Board member Megan McLaughlin said. “The third quarter is not honoring that.”

The Fairfax County School Board met for upwards of five hours Thursday night, and members butted heads on a "concurrent return" model to bring students back to class. News4's Jackie Bensen breaks down a newly proposed pilot program that is drawing some criticism from the board.

The superintendent also wants hybrid-learning to be concurrent, meaning there will be a camera in all classrooms so the students in the classroom and those learning from home will have the same live instruction

News4 recently reported this type of hybrid is working in the Arlington Diocese schools, but one of Fairfax County’s leading teachers’ groups strongly opposes it.

Fairfax County Federation of Teachers President Tina Williams says when in person instruction begins, teachers will already have their hands full making sure students stay safe while learning. Adding a video screen of students is adding too much.

“It’s kind of an experiment, so right in the middle of a school year we’re doing this experiment,” she said. “This is too valuable. Lives are at stake.”

But the school district will move ahead to see how concurrent instruction works. On Monday, it will begin a pilot program with a small group of students at a high school and an elementary school.

The school board asked the superintendent to report back on a long list of possible next steps by its Nov. 12 meeting.

The school district is the nation's 10th largest.