A Virginia family’s dog died when a fire broke out inside a mobile grooming van that came to their home. The groomer was seriously injured.

His family is mourning one of its golden retrievers.

“My dog’s dead because of a bad -- they called it an accident,” Curtis said. 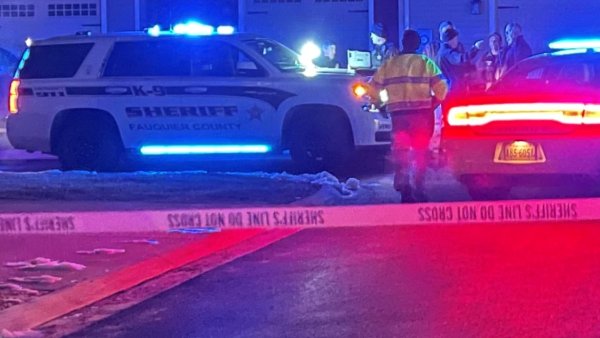 A Fairfax Pet Care mobile grooming van went to their Herndon home two weeks ago. Employee Kelly Hunter was inside cleaning the dog, Rowin, when the truck’s generator allegedly malfunctioned and the fire started.

“Looked in the front of the van window,” he said. “You couldn’t even see in it. Opened the side window.”

He rescued Hunter and the dog, but Rowin died from carbon monoxide poisoning, Curtis said.

Hunter said she also got sick from carbon monoxide and spent days in a hospital.

She said there was not a carbon monoxide detector in the van.

Fairfax Pet Care owner Casey Kanode gave News4 a statement, saying, “I am completely and utterly devastated by this tragic accident. My heart weeps for the family and their loss, and not a moment has passed since that day that my thoughts have not been with them. I do not know why the generator malfunctioned, but I do know it was relatively new and properly maintained. The van was equipped with safety and fire equipment and proper ventilation. This was a terrible and tragic accident, and we are truly devastated.”

The Curtis family is considering taking legal action against the mobile pet grooming company, because they say it should never happen to anyone.

Hunter said it will take months to recover from her severe lung injuries.