A lawyer for the family of Isiah Brown says he had a cordless house phone in his hand, not a gun, when a Spotsylvania County sheriff’s deputy shot him outside his home

Body camera video released Friday evening shows parts of the interaction between Isiah Brown and the Spotsylvania County sheriff’s deputy who shot him multiple times early Wednesday after he called 911 for help.

Brown, 32, is in intensive care with 10 bullet wounds after the deputy shot him outside his home in Spotsylvania County, his family says.

On the video, the deputy shouts orders at Brown. 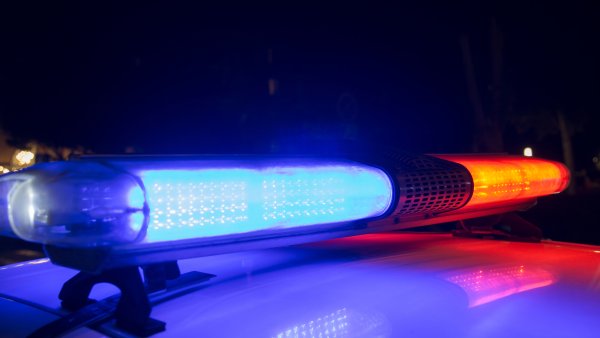 The deputy fires and then begins CPR.

Brown was unarmed. He had a phone in his hand.

Brown’s family didn’t comment after watching the body camera video at the special prosecutor's office earlier in the day.

Northern Virginia Bureau Chief Julie Carey reports on the body camera video to be released in the shooting of a Black man in Spotsylvania County.

The incident began when the deputy, who is white, gave Brown, who is Black, a ride home after Brown’s car broke down at a gas station on Route 3 — several miles from his home in the 12200 block of West Catharpin Road — at about 2:30 a.m. Wednesday.

The deputy dropped him off and drove away.

Moments later, Brown called 911, reporting a dispute with his brother.

It sounds like he’s asking his brother for a gun while on the call.

Brown then tells the 911 dispatcher, “I’m about to kill my brother."

Brown then tells the 911 operator he doesn’t have a gun on him.

The deputy who gave Brown a ride home responded to the 911 call and shot Brown as he stood in the road while talking with the 911 dispatcher.

“I’m still trying to figure out where he felt the threat at, to feel the need to shoot,” Brown’s sister, Yolanda Brown, told News4 on Thursday.

After the video was released, an attorney for Brown's family released a statement, saying, "Isaiah clearly told dispatch that he did not have a weapon more than 90 seconds before the deputy arrived ... The deputy was situated nearly 50 feet from Isaiah, was never threatened and should not have discharged his weapon."

It was unclear whether the deputy knew Brown told the 911 dispatcher he had no gun.

“At my request, the Virginia State Police Bureau of Criminal Investigation was contacted to ensure an impartial investigation,” Spotsylvania Sheriff Roger Harris said.

The deputy is on administrative leave. His name was not released.

"After viewing the Spotsylvania County Sheriff's deputy's bodycam video and listening to the 911 call, it is evident that the tragic shooting of Isaiah Brown was completely avoidable. In the 911 call, Isaiah clearly told dispatch that he did not have a weapon more than 90 seconds before the deputy arrived. He told dispatch that he was walking away from the house and away from anyone else and was on the roadway by himself.

Isaiah was on the phone with 911 at the time of the shooting and the officer mistook a cordless house phone for a gun. There is no indication that Isaiah did anything other than comply with dispatch’s orders and raised his hands with the phone in his hand as instructed.

The deputy in question made multiple, basic policing errors and violated established protocols. The deputy was situated nearly 50 feet from Isaiah, was never threatened and should not have discharged his weapon.

The family is also requesting the release of the dispatch audio with the deputy leading up to the shooting. There was obviously a failure of communication between dispatch and the officer which led to this tragic event.

Isaiah is now fighting for his life as a result of these completely avoidable errors by the deputy and dispatch."

Activists are demanding accountability after the shooting, asking for the name of the deputy.

On Friday afternoon, the Spotsylvania County sheriff made comments while addressing a crowd of Black Lives Matter protesters that activists found disrespectful.

The sheriff's office did not comment on Harris' statement. News4 also reached out to Virginia State Police to inquire about the comment, and they said the department was "not in a position to comment on the sheriff's statements. Our investigation remains ongoing at this time and we have nothing new to release."