The expo center will serve as a “temporary layover location” before Afghans are taken to military bases, a Pentagon spokesperson said Sunday

Afghan refugees fleeing Taliban rule arrived at the Dulles Expo Center in Chantilly, Virginia, by the busload on Sunday. Refugees will be housed there temporarily, the Pentagon said.

The expo center, located a short drive from Dulles International Airport, will serve as a “temporary layover location” before the evacuees are taken to Fort Bliss, in Texas, or Fort McCoy, in Wisconsin, a Pentagon spokesperson said in a statement.

People with suitcases, including many children, could be seen outside the expo center on Sunday afternoon.

No information was immediately released on how many people will be housed there or for how long.

Afghans who live in the D.C. area went to the expo center on Sunday to try to help new arrivals and even to try to find their own loved ones.

One woman who offered her help interpreted what a young evacuee said about his experience leaving his home country.

Some Afghan refugees are being temporarily housed in Northern Virginia. News4's Darcy Spencer reports on their arrival in Chantilly.

“The Talibans were shooting fire at everybody, and he hurt his leg and his shoulder. A lot of people got beat up. He says, I got beated up,” the interpreter said.

Donations are pouring in for those ready to make the D.C. area their home. News4's Shomari Stone has the latest on those efforts.

One man, who said he worked as an interpreter in Afghanistan and then got U.S. citizenship, said he feared for the safety of his family still in the country.

"I can't even sleep, because I know it's my family. I know what I'm going through," he said. "My mom is there, my family, my brothers, my nephews. My entire family is there, stuck."

A woman who came to the U.S. from Afghanistan 30 years ago said she hoped to host a family that is seeking refuge.

"We thought providing a room and a bathroom and a safe place at this point would be the most help that we can [give], for now —  to get them out of places like this," Maryam Nawroz said. 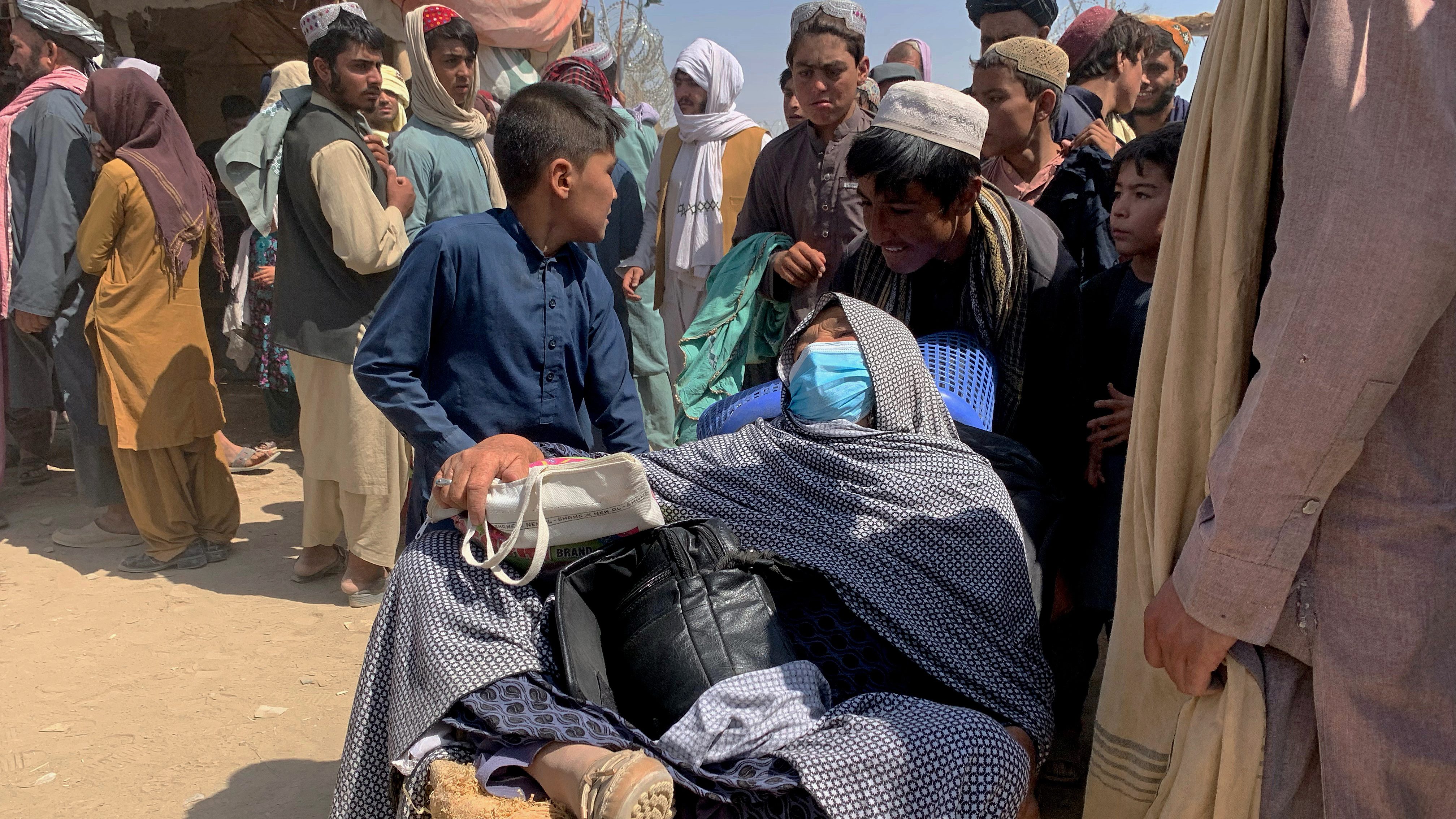 As Scenes of Anguish Unfold in Afghanistan, Here Are Some Ways to Help A number of nonprofits, mosques and individuals are working to help people new to the U.S. An organization called Rise to Peace used group chats and social media to connect refugees. A mosque in Prince William County signed up volunteers.

The Pentagon is working to identify additional spaces where people fleeing Afghanistan can be temporarily housed.

The Pentagon is “committed to supporting the quick, safe evacuation of American citizens, Afghan [special immigrant visa] applicants, and Afghans at risk,” spokesperson Chris Mitchell said in a statement.

In a speech Sunday addressing the crisis in Afghanistan, President Joe Biden said no Afghan evacuees would be flown directly to the United States from Afghanistan without prior screening. Evacuees are being screened in third countries.

Biden and his top aides — as well as many Republicans — have repeatedly cited their concern that extremist groups in Afghanistan will attempt to exploit the chaos around the Kabul airport.

“The threat is real, it is acute, it is persistent and [it's] something we’re focused [on] with every tool in our arsenal,” said Biden’s national security adviser, Jake Sullivan.