Small but mighty: That's a good way to describe a Fairfax County second grader who is helping Inova raise thousands of dollars to buy toys for kids who are in the hospital this holiday season.

Poppy Sellier, 7, has a special appreciation for what those toys mean, because it wasn’t long ago that she was in the hospital herself.

Playing with her LEGOs today, Poppy is the picture of health. But when we first met her in summer 2019, she was just wrapping up treatment for leukemia at Inova Children's Hospital.

Poppy and her family always carried the other children at the hospital in their hearts, even while Poppy was still a patient there. Her mom, Charlotte, brought in donated toys, with Poppy making deliveries in a red wagon.

"They would be very happy and they would like all the toys that I brought them," Poppy recalled with a smile.

Last year during the holidays, with a bow in her newly regrown hair, Poppy and her siblings returned to the hospital, reuniting with staff and helping to deliver hundreds of LEGO sets donated by the community to Inova. 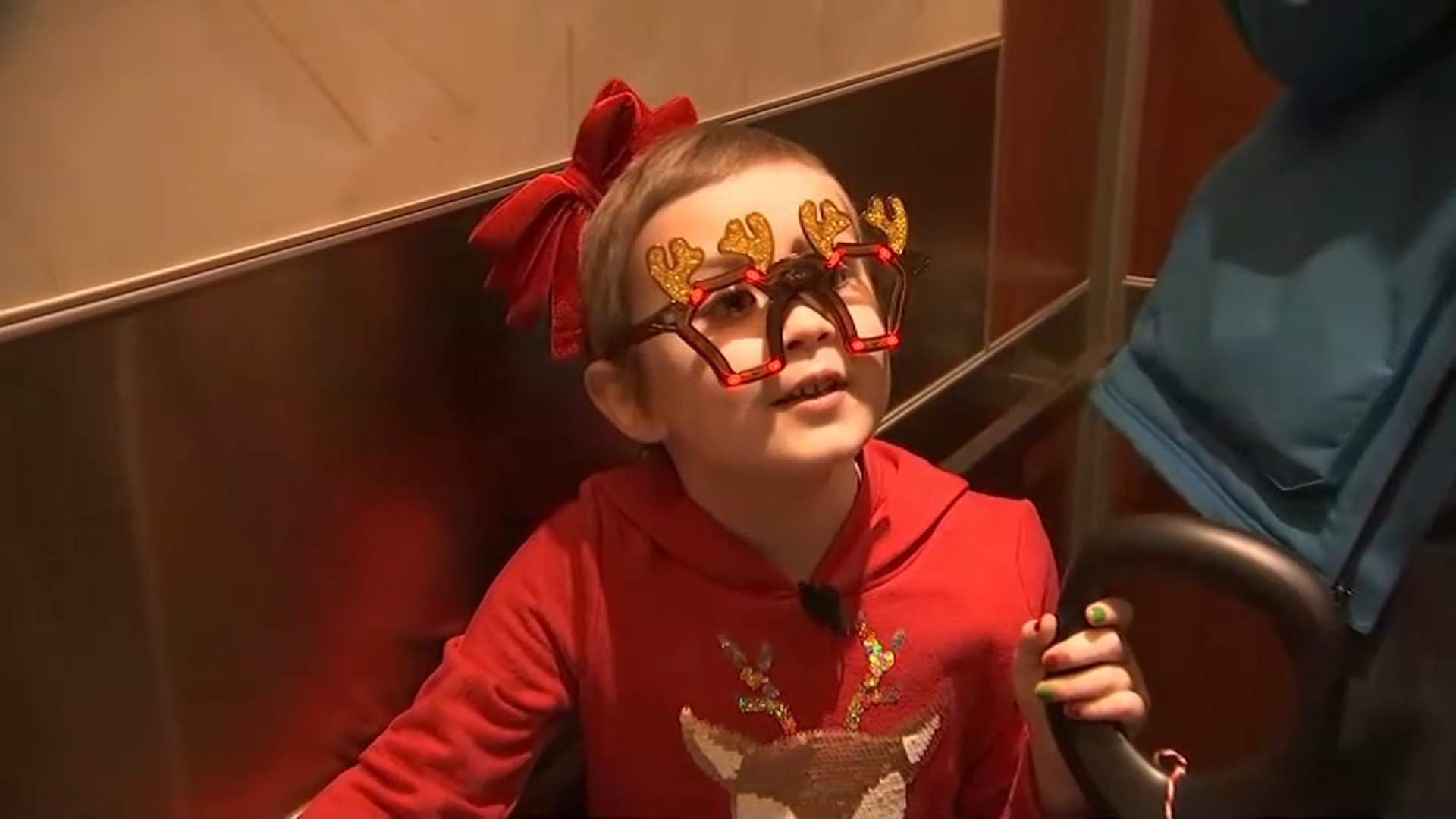 But coronavirus means some adjustments this year.

"Because this year it's the coronavirus, we can't go into the hospital and give it," Poppy said.

And Inova can't ask the community to donate toys. So instead, they've made Poppy an ambassador of sorts for what they're calling Poppy's Toy Express, asking the community to give money instead of toys this year.

"Usually we love accepting the gifts from the community, and people are so generous during this time," Inova Health Foundation President Sage Bolte said. "But because we can't, Poppy actually offered up her own allowance to start this campaign."

And Poppy's story has been inspiring lots of giving.

"We got a lot of generous donations, and we got right now over like 55,000 kind of money," Poppy said.

That $55,000 means they're already very close to making their $60,000 goal to supply toys not only at the holidays but throughout the year. And once that $60,000 is raised, it will be matched by a group called Harrity 4 Charity.

As for Poppy, she's enjoying feeling well and being back in school in 2nd grade.

"It feels so much better. I like my teacher and she's really, really nice," Poppy said.

But Poppy and her family are hoping that by next year, the red wagon full of toys will roll again.