2 States Are Making Teachers Talk About Mental Health. Could This Be a Model?

“We’re not just there to teach math or English,” says one teacher in New York

At New Design High School in New York, students spend just as much time in their “Design for Life” class as they do in English and math. Students are required to take the class in the fall and spring semesters during all four years of high school.

In past semesters, students created suicide prevention posters that lined the schools’ hallways. They frequently discuss what to do when feeling sad and how to approach asking for help.

When the students use slang terms like “psycho,” the instructor talks about what disorders mean, what the signs of them are and why it could be hurtful to engage in name-calling. Melissa Dorcemus, who teaches 9th grade math at the school, said the classes enable students to discuss meaningful mental health topics.

The Manhattan school created the program by choice, said Dorcemus, whose colleagues teach the courses. There’s one teacher for each grade level.

Comparable classes could begin appearing in other New York public schools and at schools in Virginia. New laws that went into effect on July 1 require mental health to be made part of public school curricula in those states.

The laws come as intentional self-harm remains among the top-10 causes of death in the U.S., according to Centers for Disease Control and Prevention data. In 2016, suicide was the second-leading cause of death for Americans between 10 and 34 years old. 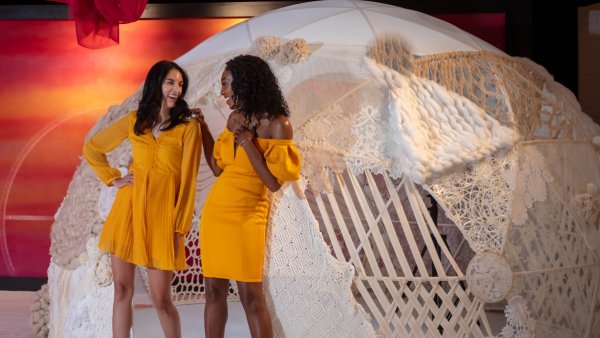 Things to Do 16 mins ago

“This is making mental health not a thing that exists outside the school,” said David E. Kirkland, the executive director of NYU’s Metropolitan Center for Research on Equity and the Transformation of Schools. “We’re thinking about mental health how we think about English, math or science.”

The Virginia Department of Education hasn't arranged a timeline yet for revising the standards, a department spokesman said. Changes to standards typically take about three years, though these alterations might take less time because state tests won't need to be revised.

Under Virginia’s current standards, by the time students reach their junior year in high school, they should be familiar with the help-seeking process for mental health concerns and understand why pursuing help for mental health issues is significant. Health lessons also reveal how to identify and advocate for school and community mental health resources.

Districts will be required to abide by the new standards but can design their own curricula.

The New York legislation, which was enacted in 2016, calls for mental health to be incorporated into elementary, middle and high schools’ health curricula.

Schools will be responsible for creating a curriculum that’s aligned with the new state standards. The changes will roll out for the 2018-19 school year, the education department said.

In a document sent to schools, the New York Department of Education outlined new learning standards across grade levels, provided guidance on how to create a healthy school culture and described a tiered support system for at-risk students.

Promoting positive mental health for students and staff and decreasing the stigma related to talking about mental health are among the standards’ goals.

“Teachers don’t want to be taught what to teach,” said Shapiro, who pushed for New York's new law. “It’s very important to teach kids how to identify potential illness and it’s more importantly OK to talk about it and ask for help.”

While not every mental health lesson will resemble those at New Design, Kirkland anticipates some lessons covering awareness and others utilizing mindfulness and meditation techniques.

Kirkland, who before joining NYU's faculty had taught in Michigan schools, also said that some parents for religious reasons might want their child to opt out of such instruction. But rules for opting in and out of curriculum lessons are already in place, he said.

Teachers are required to file a report when they believe students could harm themselves. They also participate in training related to when they should discuss a student’s mental health with a guidance counselor, Dorcemus said.

“We’re not just there to teach math or English,” said Dorcemus, who is also a member of the advocacy group Educators for Excellence-New York. “We’re there to help them through the transition of being a child to becoming an adult.”