“There is nothing to celebrate. Yeah he’s been indicted, but he’s not locked up. He’s not in jail,” Karen Hylton-Brown said.

The mother of a man who was killed after his scooter crashed while police chased him spoke about the indictment of a D.C. officer for her son’s murder Tuesday.

Karen Hylton-Brown reflected on the pain of her loss after her son Karon's death, saying that justice still has not been served. 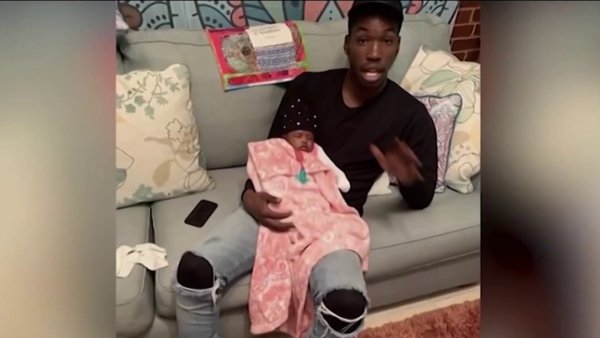 D.C. police Officer Terence Sutton was indicted in September for the murder of 20-year-old Karon Hylton-Brown. Last month, Sutton was released from jail on home detention with electronic monitoring while awaiting trial.

“There is nothing to celebrate. Yeah he’s been indicted, but he’s not locked up. He’s not in jail,” Karen Hylton-Brown said.

Video from October of last year shows Karon Hylton-Brown riding a scooter up and down streets, at times on the sidewalk, in the Brightwood Park neighborhood. As Sutton pursued him, a van hit Hylton-Brown on Kennedy Street NW. He died three days later.

Last month, Sutton’s attorney told the judge that officers were making a legal stop to investigate their suspicions that the victim may have been armed. Police initially said they were pursuing him for not wearing a helmet, which would have violated the department’s chase policy.

In addition to second-degree murder, Sutton was also indicted on federal charges of conspiracy and obstruction of justice.

Lieutenant Andrew Zabavsky was behind the wheel of a second police car involved in the chase. He’s charged with conspiracy and obstruction of justice for allegedly misleading supervisors about what led to the fatal crash.

He was released under high intensity supervision.

Sutton’s lawyer told News4 that “Hylton-Brown was the cause of his own death. He stayed in the area, taunting officers with his tactics.”

“Wow. What were the tactics? If I’m not mistaken, these officers chased and hunted my child,” she said.

Both officers pleaded not guilty in September and are on administrative leave without pay.

Karen Hylton-Brown has filed a wrongful death lawsuit. Amaala Jones Bey has filed a separate $100 million lawsuit on behalf of the daughter she shared with the victim.

News4 reached out to Mayor Muriel Bowser’s office and D.C. police for comment. Spokespersons for both said they do not comment on pending litigation.