"Many of you have heard me say that being superintendent of Montgomery County Schools is the best job in the country, and even today, I still feel that way," Starr said during a news conference Tuesday. 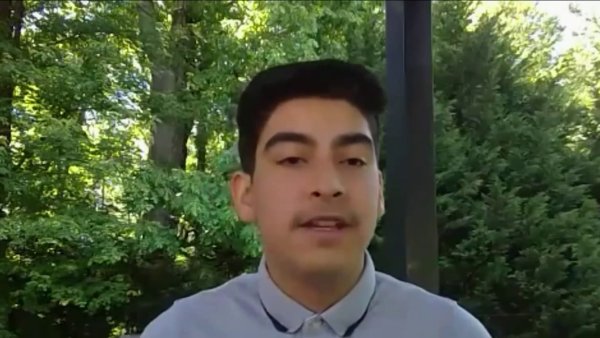 Board of Education 19 mins ago

Sources said Starr found it hard to do his job as news reports circulated that the board may have lost confidence in the job he was doing. The agreement was reached over the weekend.

Four members of the school board reportedly felt Starr had not closed the achievement gap between white and minority students. Starr needed five of the eight board members to vote for him to have his contract renewed.

The school board voted unanimously Tuesday to approve a departure agreement that allows the board to immediately begin searching for a replacement.

Starr said he felt he made progress during his three years as superintendent but recognizes and respects the board's decision.

County Executive Ike Leggett said he was disappointed Starr did not seek reappointment.

"I think Dr. Starr did a good job in his four years and hoped he would be able to stay," read a statement from Leggett. "It is, however, the decision of our elected Board of Education."

Starr 's resignation is effective Febr. 16. He will be paid through the end of his contact, which expires June 30.

"In recent weeks, the Board of Education has been deliberating about Dr. Starr’s future with the district and whether to offer him a new four-year contract," said a release from the school district. "After much discussion, the Board and Dr. Starr agreed it would be in the best interest of the district to appoint a new leader to carry forward the Board’s vision."

Larry Bowers, currently the school system's chief operating officer, will serve as interim superintendent. He was approved by the Maryland State Department of Education, which must approve all new public school superintendents in the state.

Members of the Montgomery County School Board had recently expressed concern about their ability to "communicate" with Starr, according to school district memos obtained by the News-4 I-Team. The school district declined comment on the board's concerns about communication with the superintendent. They also declined to make Starr available for an interview last week.

The memo said in part, "The Board needs to work on ways and initiatives that provide more opportunities to communicate with the superintendent and offer both parties more clarity in expectations and improve upon relationships."