A Confederate flag remained above a public park and playground in Culpeper, Virginia, for five years despite a resolution formally approved by the county government in 2015 to keep the flag off public space.

An investigation by the News4 I-Team found the county failed to follow through on legislation approved to quell heated controversy over the flag at Culpeper’s Lenn Park.

Lenn Park, which includes ballfields, a pavilion and a large playground, was built by the county in 2006 on land previously owned by the local Lenn family. The land was gifted to the county by the family, with a requirement the county allow a large Confederate flag to remain hanging on a pole on the site, which is near the site of an 1863 Civil War battle. The county agreed to the provision and received criticism from local residents for years for allowing the flag to remain.

Days after the mass shooting at a South Carolina church by a white supremacist in 2015, the county Board of Supervisors voted to approve a resolution to return a small tract of the park land, a corner of the park where the flagpole stands, back to the Lenn family. The land transfer would ensure the flag was technically flying over private property and reduced calls for the flag’s removal for several years.

In a series of Freedom of Information Act requests this summer, the News4 I-Team sought copies of the 2015 land transfer and deeds. The records provided by the county show the land was finally deeded back to the Lenn family on July 6, 2020, days after the I-Team’s records request. The five-year delay allowed the flag to remain on public ground, despite the county’s resolution.

Outrage and calls for resignation of leaders in Culpeper County after a News4 I-Team investigation revealed a mistake by county officials that allowed a Confederate flag to fly on public property for five years. The county won’t explain how the mistake occurred. Scott MacFarlane reports people who live there say the oversight was unacceptable.

The delay was not publicly announced by county leaders. It was not explained to a series of residents who emailed the county with complaints about the flag between 2015 and 2020, according to emails obtained from the county under the Freedom of Information Act.

County supervisor Bill Chase, who represents the district that includes Lenn Park, told the I-Team the county failed to complete the land transfer in 2015. 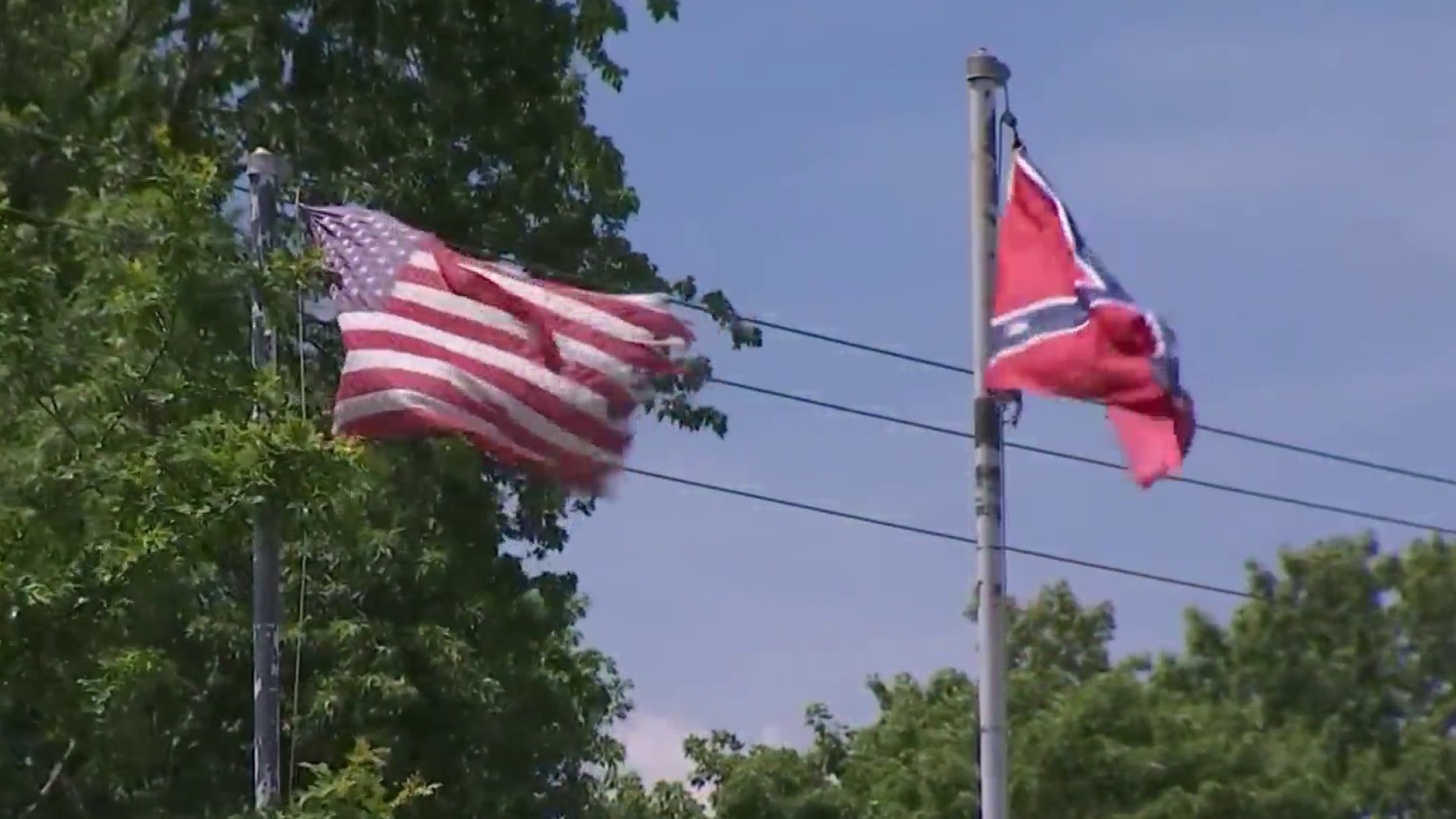 Confederate Flag Taken in Virginia, New One Hoisted in Its Place

“I carried it back and forth and (the Lenns) didn’t sign it,” he said. “We never got it signed and at the time it just kind of drifted away. Other issues were going on.”

The county’s administrator and the chair of its Board of Supervisors declined to comment to the I-Team when asked why there was a five-year delay in completing the transfer and why the county’s citizens weren’t notified.

“No comment,” said county Board of Supervisors Chairman Gary Deal.

“There isn’t any way in the world we can take care of it,” Wayne Lenn said.

“We’ve just kept completely away from it,” Kaye Lenn said. “We don’t understand why the county keeps trying to give it back to us.”

Some residents spoke in support of the flag. One asked the county board to place the issue regarding Confederate markings before voters as a referendum in November.

Others’ comments were critical.

“It’s very offensive, especially to find out for these years the county has been putting money and maintaining this area,” said pastor Adrian Sledge.

“I’m totally disappointed in your involvement in this cover-up. The residents have lost all confidence in you,” said Donald Tate.

“Get rid of this flag. Show some backbone, show some respect,” said Michael McClary.

The county Board of Supervisors did not take formal action to address land ownership or the flag at its meeting Tuesday or to prohibit the poles and banner from being erected once again on the space.

Reported by Scott MacFarlane, produced by Rick Yarborough, and shot and edited by Jeff Piper and Steve Jones.