Memorial in Virginia to Honor First Africans Brought to US

The African Landing Memorial will depict a series of events from 1619, when 20 Africans ripped from their homeland in Angola set foot upon North America for the first time, thus beginning hundreds of years of slavery in this country

There’s a grassy spot on the southwestern side of Fort Monroe National Monument that looks out across the expansive waters of the Chesapeake Bay. It’s a place where people gather under a shady tree for a picnic lunch, or linger along the seawall to gaze at the massive cargo ships coming and going and delight in the playful dolphins leading the way.

But if you stand just so on this grassy spot, facing the bay at an angle, with the Hampton Roads Bridge Tunnel over your right shoulder, your sightline takes an imaginary leap to the other side of the world, a leap that symbolizes a very real journey that ends on the shores of Angola on the southwestern coast of Africa.

These two points, Fort Monroe and Angola, are thousands of miles apart, yet forever linked to one of the darkest narratives in American history.

This grassy spot at Fort Monroe will become the site of the African Landing Memorial, a space to honor the area where some “20. and odd” African individuals, as documented by colonist John Rolfe in a 17th-century letter, arrived in English-speaking North America for the first time in 1619. 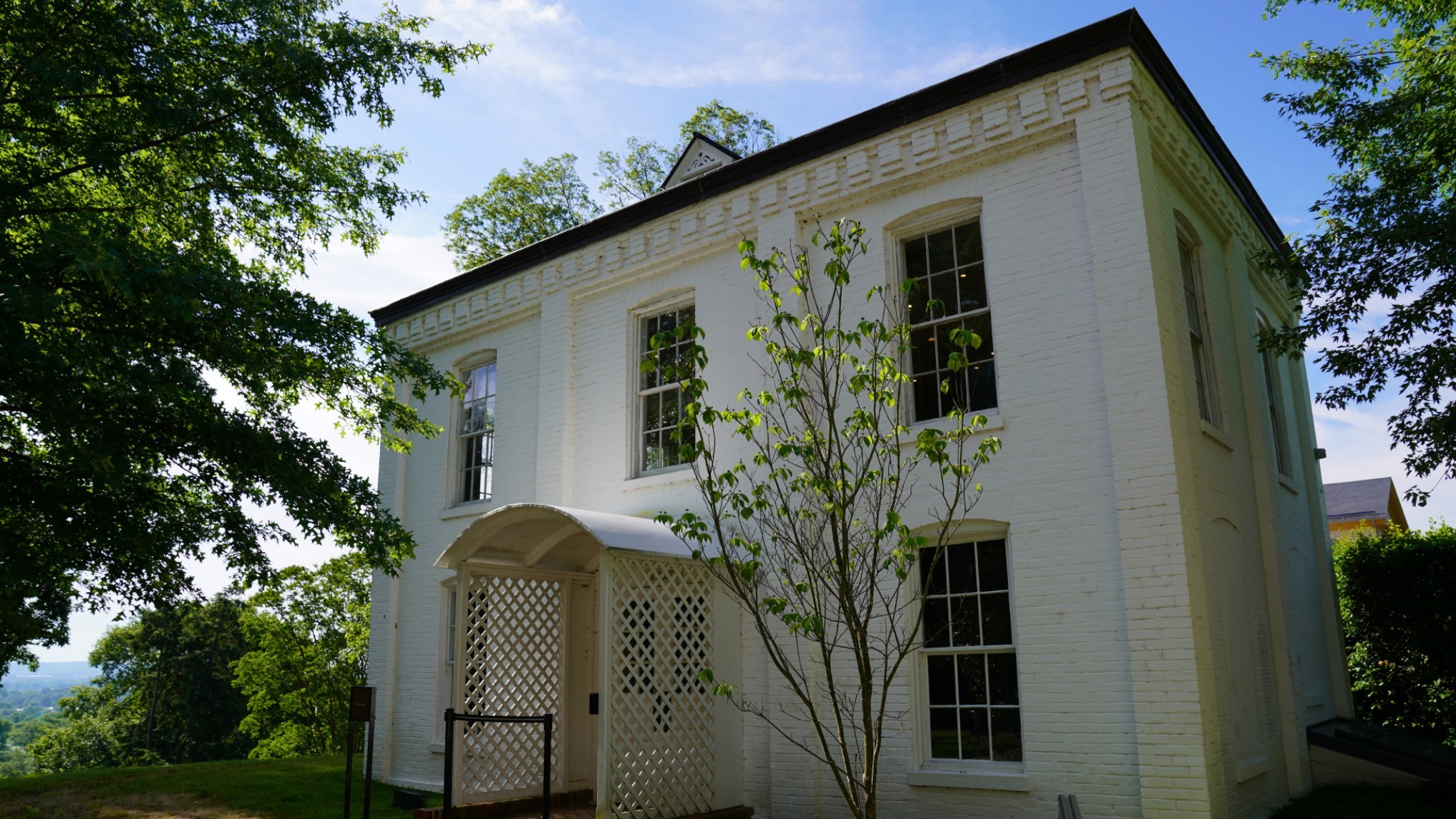 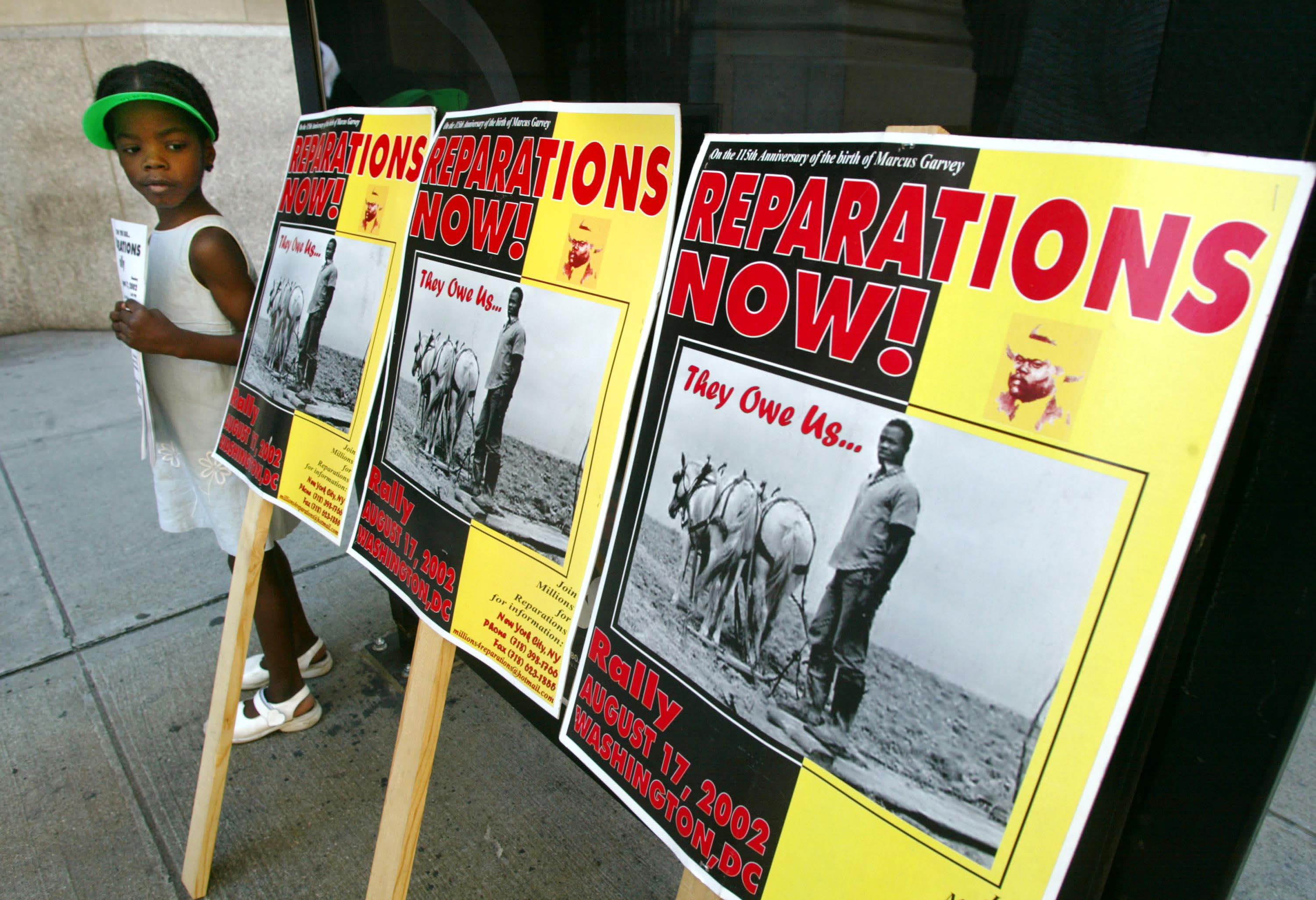 The Debate Over Slavery Reparations: Where Things Stand to How Much It Could Cost

The efforts are being led by the Fort Monroe Authority, which oversees the fort and its daily operations, and in partnership with the Hampton-based Project 1619.

The memorial, which aims to explore the significance of that moment in America’s history, is being designed by Florida-based artist Brian Owens and is likely to be completed in the next few years. It’s expected to cost upward of $6 million, and funding has been appropriated by the Virginia General Assembly.

But to help secure money for the memorial’s lasting endowment, as well as educational programming that goes with it, Richmond-based Underground Kitchen is hosting Healing, Hope & Freedom, a multi-course public dining event at Fort Monroe on Friday, Sept. 10. Tickets are $500 per person, with $250 of that going to the Fort Monroe Foundation to support the African Landing Memorial.

“This is a real direction that Virginia is going in, to be honest and straightforward about our history,” said Glenn Oder, Fort Monroe Authority executive director, earlier this month. “It’s not new history, it’s just history that hasn’t been told before (because) shamefully, the country wasn’t ready for this story.”

The tide, however, is changing, he said.

“One day the earth tilted a little more than usual, the tide’s gone out a lot farther ... and we’re seeing history that we’ve never seen before,” Oder said. Except that in reality, “it’s always been there.”

Oder said he and his colleagues have a “generational responsibility” to tell the stories of those first Africans, stories that, seemingly until now, were overshadowed or outright ignored within historic accounts of Old Point Comfort — the site where Fort Monroe was completed in 1834 — and in general, Virginia’s history.

As a military installation, for decades, much of the fort’s history — as noted in its Casemate Museum — pertained to its military operations, not necessarily the fort’s place in history pertaining to slavery or the significance of the land on which it stands.

However, all of that is changing. Oder said intentional efforts have been made over the past decade not only to show the landing of the first Africans, but also to acknowledge the Native Americans who were already there.

The African Landing Memorial will depict a series of events from 1619, when 20 Africans ripped from their homeland in Angola set foot upon North America for the first time, thus beginning hundreds of years of slavery in this country. It will cover everything from the rich African culture that these captured men and women left behind to the landing itself on the shores of Old Point Comfort.

It will feature husband and wife Antony and Isabella, two of the first Africans, and their son, William, the first reported Black child born in English-speaking North America in 1624, as well as artistic symbols of hope. The memorial will be positioned to face the direction of Angola.

But there’s more to the story of Fort Monroe. Now decommissioned, and despite its location in Virginia, Fort Monroe served as a Union outpost during the Civil War and thus its significance in America’s history of slavery is two-fold.

While its location was the site of the first Africans who were traded as property, it’s also the place where — more than 240 years later — thousands of slaves found refuge and ultimately, their freedom, when Union forces did not return slaves to Confederate soldiers.

Oder said he and his team and Underground Kitchen were connected by mutual friends. He said he’s excited to share the rich history of Fort Monroe and the African Landing Memorial through food because, too often, the contributions of those early Africans are overlooked.

He said the earliest slaves from Africa were educated people who knew farming and agriculture, irrigation and engineering practices, and all of that knowledge came with them and was exploited as the new nation’s economy bloomed.

“We were taught that they were just laborers — but let’s get the story straight,” he said. In their African homeland, “they had commerce, they had agriculture, they had engineering” and with that knowledge, “contributed to the greatest economic engine that the world’s ever seen.”

UGK tapped Richmond’s own chef Michael Hall, now leading the kitchen at Independence Golf Course, as well as chef Danielle Harris to lead the Sept. 10 UGK event in telling the history of three distinct food cultures — Native American, African and European — through the local ingredients, recipes and foods. That means shrimp and oysters harvested from the bay, as well as local pork and native Virginia fruits and vegetables.

Underground Kitchen CEO Micheal Sparks said his team has been working to explore and reveal the significance of food culture at Fort Monroe and its surrounding areas, primarily those of enslaved Africans and, later, the established freed Black communities.

Sparks said UGK aims to show the connection between those historic food practices and today’s culinary landscape by delving into recipes that slaves or freed Blacks would have cooked, or the foods Africans would have helped cultivate here in the New World.

He said he’s sourcing foods from farmers and purveyors in Hampton to keep the menu as authentic as possible.

Sparks also said that with UGK’s mission to elevate underrepresented chefs, particularly people of color and women, partnering with Fort Monroe to support the African Landing Memorial was “a perfect match.”

“Our job is to tell the history and to tell the truth,” he said. “It’s not just about eating — it’s about creating community and educating our guests ... to celebrate culture, diversity and history (and) cultivate the Afro-American experience.”