A Maryland man is wanted for striking an officer with his car before stealing and crashing a U.S. Park Police cruiser, police said.

According to an affidavit from a U.S. Park Police investigator, Wilson Alfonso Overton was stopped by officers for speeding at about 1 a.m. on Wednesday, March 16 on southbound GW Parkway.

One officer reported he smelled marijuana coming from the vehicle and believed Overton was impaired. The officer asked Overton to exit the vehicle several times, but the driver refused, saying "no" and rolled up his window, according to the affidavit.

"I attempted to pull my taser from my holster when the driver put the vehicle in gear and accelerated, striking me with the side view mirror of his vehicle," the second officer states in the affidavit. "The mirror hit my taser and holster which were situated on my left hip." 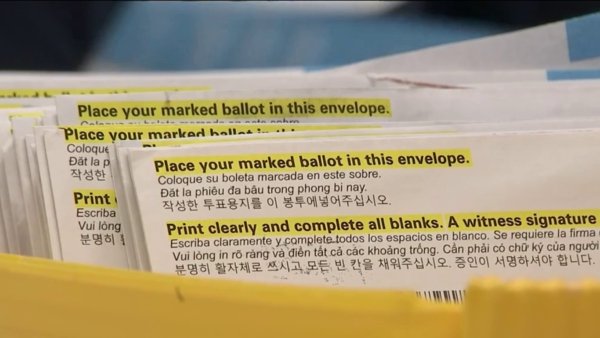 Police said Overton sped between 85 and 115 miles per hour before losing control and crashing his vehicle into the guardrail at the I-395 South ramp.

U.S. Park Police Sergeant Anna Rose said the agency has not yet made an arrest.