A federal appeals court has ordered a fourth attempt at mediation in a long-running dispute over the state of Maryland's treatment of its historically black colleges.

The black colleges say the state has underfunded them while developing programs at traditionally white schools that directly compete with them and drain prospective students away.

In 2013, a judge found that the state had maintained an unconstitutional "dual and segregated education system." The judge said the state allowed traditionally white schools to replicate programs at historically black institutions, thereby undermining the success of the black schools.

Despite three previous tries at mediation, the two sides have been unable to agree on a solution.

On Wednesday, a three-judge panel of the 4th U.S. Circuit Court of Appeals ordered Maryland's higher education commission and the coalition to begin mediation again to try to settle the 12-year-old lawsuit.

"The Court is of the firm conviction that this case can and should be settled," the judges said in a written ruling.

"Otherwise, the parties will likely condemn themselves to endless years of acrimonious, divisive and expensive litigation that will only work to the detriment of higher education in Maryland." 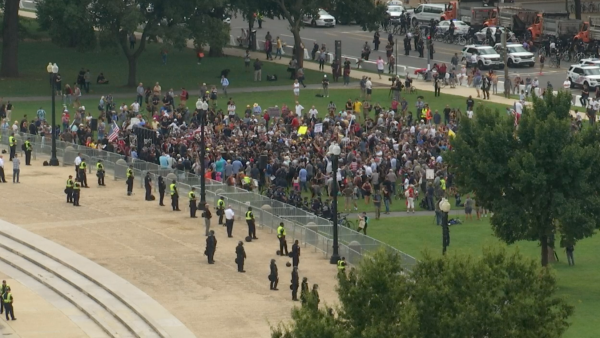 The panel set an April 30 deadline to reach a mediated settlement and ordered monthly progress reports from the mediator.

The litigation has dragged on for more than a decade.

Last year, Gov. Larry Hogan said he was willing to spend up to $100 million to resolve the case.

"We've never been close," Greenbaum said of past attempts to settle the case.

"Hopefully, we'll get to the point where the state will view this case differently than it has up until now," he said.

Shareese DeLeaver-Churchill, a spokeswoman for Hogan, said the administration reached out to the coalition to try to resolve the case before the 4th Circuit's ruling.

"We remain interested in reaching an agreement that will conclude the case in a way that is fair and equitable for Maryland's college students," she said in a statement.