‘There Should Be No Mercy': Man Sentenced to Life for Killing Wife, Injuring Good Samaritan

"There should be no mercy in this situation for a number of reasons. How do I count the ways?"

A former federal officer convicted in a two-day shooting rampage in Maryland has been sentenced to life in prison for the 2016 killing of his estranged wife.

Eulalio Tordil, 64, was sentenced Wednesday to two life sentences for fatally shooting his wife, Gladys Tordil, and injuring a good Samaritan who attempted to come to her aid.

"There should be no mercy in this situation for a number of reasons. How do I count the ways?" the judge said during sentencing. 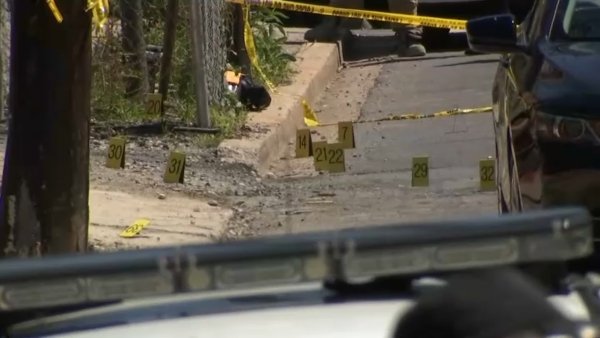 Prosecutors say Eulalio Tordil confronted Gladys Tordil as she waited to pick up her daughters after school.

Dramatic video shown for the first time in court today shows how the killings began.

Eulalio was standing outside Gladys Tordil's car when the woman's daughter dropped her bag as she ran towards her mother's car. Prosecutors say Gladys Tordil yelled "Grace! Run! Run!" as the girl approached.

The daughter ran back into the school and called 911.

"I heard gunshots. My mom... my mom is in danger," the girl said, according to tapes of the emegency call. "Please come help me. I have my sister to think about."

Eulalio Tordil shot two people in the High Point High School parking lot. The first was a good Samaritan, John Lancaster, who stopped to help after seeing Gladys Tordil flash her car lights and honking her horn. Then, Eulalio Tordil turned the gun on his estranged wife.

Video shows him walking away after shooting, but then returning to shoot his wife again.

Prosecutors say Eulalio Tordil fled after that shooting and went on a rampage in Montgomery County the next day, killing two strangers and wounding two more during apparent carjacking attempts.

He has been sentenced to four consecutive life terms for those crimes.

Gladys Tordil's daughters are now in college, News4's Tracee Wilkins reports. Lancaster, the good Samaritan, presented a statement in court about the fear and depression he and his family have faced since the shooting.

"Mr. Tordil is a ruthless man who is obsessed with himself. He's evil and he is a killer," Angela Alsobrooks, Prince George's County State's Attorney said at the courthouse.