A man died after he was stabbed Saturday evening along Barracks Row in Southeast D.C., police said, leaving a family broken-hearted this Mother's Day.

Keith Frye, of Southeast, was identified Sunday as the homicide victim. He was 29.

"You can tell by my face. My brother was well loved," Kevin Frye, Keith's brother, said.

Police received a report of a stabbing and responded at about 5:45 p.m. to the 400 block of Eighth Street SE. They found Keith suffering from a stab wound.

An area near several restaurants on the block was roped off with police tape, a short walk from the Eastern Market Metro station.

Kevin said the family was gathered together and enjoying a happy time just ahead of Mother's Day before their lives were shattered.

"We're all sitting at the table talking about, you know, just us," he said. "My mother had just dropped my nephew off to her house and she was coming on the way to get her something to eat, and that’s when we got the news."

His brother was well liked and made an impression on neighbors and friends. People from as far back as elementary school still ask about him.

He recalled his brother’s sensitivity over the recent loss of a good friend. 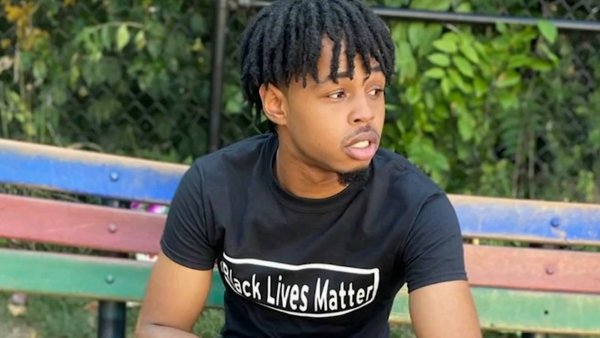 "We were standing right outside my mom’s house and he cried and I held him," Kevin said. He gets choked up telling the story. "And that was one of the last moments that I had with my brother.”

Keith's loved ones, including a mother for whom every Mother’s Day will now bring sad memories and a young son left without a father, are appealing to the conscience of his killer.

"How could you be so selfish to think that whatever you felt about my brother was more important than what he means to us?" Kevin Frye asked.

The search for Keith's killer is ongoing. Police described the suspect as a tall, thin Black man, wearing a red Cavaliers hat with a yellow logo on it. The suspect also had on a light gray or green jacket with a gray hoodie.

A reward of as much as $25,000 is offered. Anyone with information is asked to call police.