Police said the man shot at officers with what "appeared to be a firearm," leaving holes in the wall near officers. They returned fire and shot the man.

A man involved in an hours-long barricade situation in Northeast D.C. was shot by police Tuesday, authorities said.

Executive Assistant Chief of Police Ashan Benedict said officers went to the Unit block of McDonald Street NE around noon for an aggravated assault after an individual was shot with a weapon described as a black BB gun with an orange tip. D.C. police had initially said they were called for a report of a person suffering a mental health crisis.

When officers arrived, they encountered a man holding a large machete who "produced a firearm that wasn't consistent with what was described earlier," Benedict said.

Police said the man then went back into the basement of the home and a barricade situation ensued.

Benedict described a scene in which officers from the District's Emergency Response Team attempted to negotiate with the man, who had a history of "trying to burn the house down."

Around 5 p.m., Benedict said officers smelled smoke coming from the basement. They moved in, and noticed flammable fluids at the bottom of the stairs.

"They felt the situation had escalated. There was some indication of mental health issues here," he said. 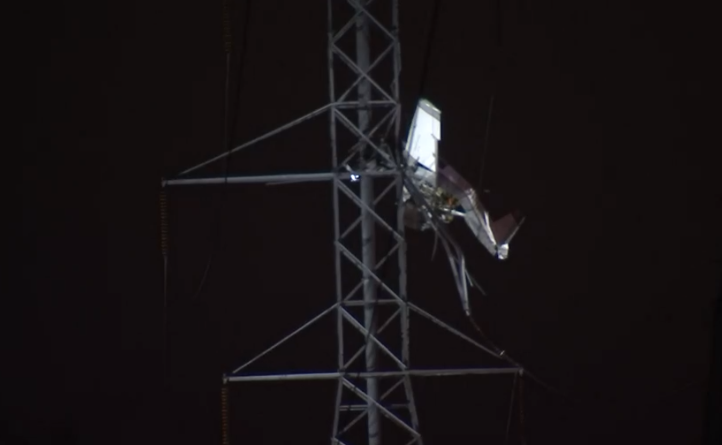 Benedict said the man then shot at police with what "appeared to be a firearm," leaving holes in the wall near officers. They returned fire and shot the man.

He is now at the hospital in critical condition.

Police said they recovered a machete, a paintball gun and several large solid pellets at the scene.

No officers were hurt.