A man was killed in a double stabbing in broad daylight at a popular park and playground in Prince George's County, Maryland.

The stabbing occurred about 2 p.m. at the Glassmanor Community Center on Marcy Avenue in Oxon Hill began to fill up with kids from the neighborhood who go there after school.

Two men were stabbed near the woods in a park and playground behind the community center. Erick Ruiz Reyes, 19, died a short time later at a local hospital. Another man was injured but is expected to survive. 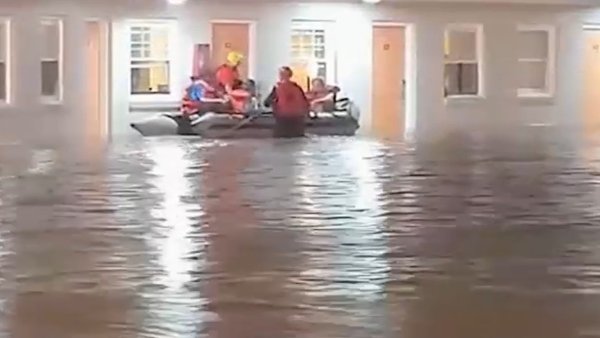 Police do not believe there is a threat to the public.

Investigators used K-9’s to search for evidence and try to figure out how the culprit escaped the area.

Police want to hear from anyone who saw something suspicious or saw someone running from the area.