When Richard and Mildred Loving had the audacity to marry, Virginia law officers jailed them. The state's highest court later agreed it was right to outlaw their marriage because he was white and she was black.

Now, a half century after the Lovings won a landmark U.S. Supreme Court ruling that legalized interracial marriage nationwide, the couple has been honored with a historical marker outside the old Virginia Supreme Court building where they suffered a legal defeat.

"We honor their courage to stand up for the right to love unconditionally, their strength to endure the struggle against all odds and their tenacity to prove that loving is really what it's all about," Claire Guthrie Gastanaga, executive director of the American Civil Liberties Union of Virginia, said Monday during a dedication ceremony. 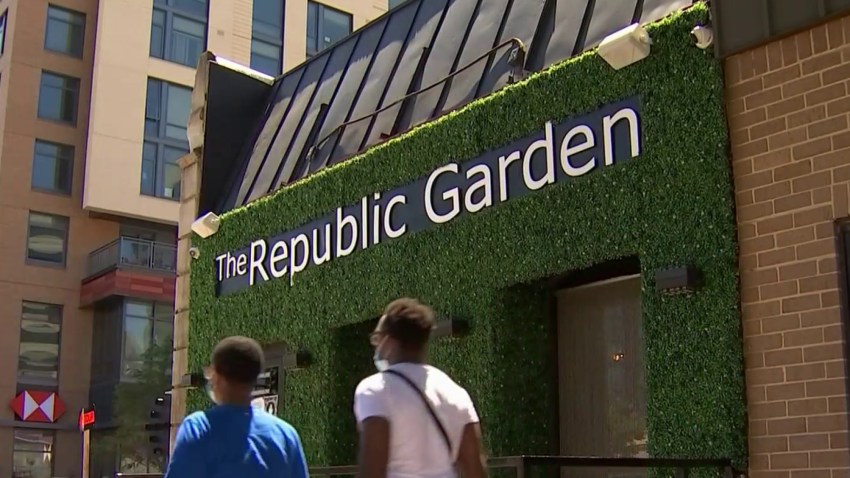 Couple Says They Were Racially Discriminated Against at DC Restaurant

It fell on the 50th anniversary of the high court decision dismantling Virginia's anti-interracial marriage law and similar ones in about one-third of the states.

Matt Fritzinger, a state employee who attended the dedication, said he was there to recognize the Lovings for paving the way for his own interracial marriage. Fritzinger is white and his wife of about 10 years is black.

"As bad as it is that we get looks and whispers and my wife gets asked ignorant questions, it's still not as bad as what the Lovings had to do deal with," said Fritzinger, a contracting officer with the Department of General Services.

Weeks after the Lovings were married in Washington, D.C., in 1958, sheriff's deputies burst into their Virginia home in the middle of the night and threw them in jail for unlawful cohabitation.

"They were convicted of the high crime of loving each other," Virginia Gov. Terry McAuliffe said.

The couple agreed to leave Virginia for 25 years in order to avoid a one-year jail sentence, but after several years in Washington decided they wanted to come home. Mildred Loving wrote to then-Attorney General Robert F. Kennedy and was referred to the American Civil Liberties Union, which took on the case.

The marker now stands outside the former Virginia Supreme Court of Appeals, which ruled against the Lovings. In the Virginia Supreme Court's 1966 opinion, Chief Justice Harry Carrico cited a previous case upholding the state's prohibition on interracial marriage and said the issue should be left to lawmakers.

“I am honored to unveil this historical marker memorializing the landmark Loving v. Virginia Supreme Court case and Mildred and Richard Loving’s courageous struggle to fight for what they knew was right,” said McAuliffe.

The marker was approved for manufacture and installation in 2016 by the Virginia Board of Historic Resources. A federal transportation grant covered manufacturing costs.