A local man was charged with a felony after he menacingly displayed a noose to a teenager in Fredericksburg, police said. Clifford Ingoglia, 21, of no fixed address was charged with displaying a noose on private property with the intent to intimidate and assault by intimidation. City police spokeswoman Natatia Bledsoe said the incident took place about 11 p.m. at the McDonald's in Central Park. (Freelancestar.com) 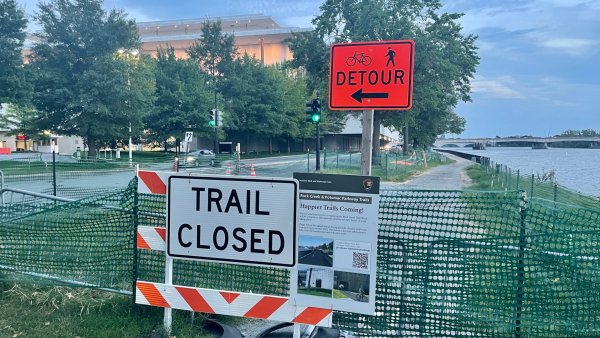 When the attacker confronted Cathy Thomas more than two decades ago, putting a rope around her neck and cutting her throat, she reached out and grabbed some hair. Her brother said he hopes that it will be the evidence to point police to a suspected serial killer. Thomas, a vibrant redhead who was among the U.S. Naval Academy's earliest female graduates, is one of as many as eight people slain in southeastern Virginia in the late 1980s in cases believed to be linked to a single killer or a team of them. (Washington Post)

Government workers in the Washington area are increasingly being paid more than employees in the private sector. Compensation for government workers grew about 55 percent from 2001 to 2008, while pay for private-company employees rose 40 percent, according to data from the U.S. Bureau of Economic Analysis. The average compensation for local workers grew about 45 percent. (Washington Examiner)

An Emmitsburg man who hit and killed a jogger was ordered to pay a $500 fine and $103 in court costs during a plea hearing Monday in Frederick County Circuit Court.  Joshua Wayne Cool, 29, was set to face trial today on charges of negligent driving, knowingly driving an uninsured vehicle and failing to avoid a pedestrian collision, according to court documents. (Frederick News-Post)

Downpours didn’t drown out what sounded like screams through a Gainesville neighborhood late Sunday night.  About 10:45 p.m., concerned residents in the Soapstone Drive community called police. Officers soon arrived and found the source of the chilling screams – a kitten trapped in a small drainage pipe. (InsideNoVa.com)