A Montgomery County police officer who was left "brokenhearted" after his K9 was sent away has been reunited with his beloved dog.

The dog, Chip, was returned Monday to his trainer of four years, Officer Gil Fones, and his family, according to a Change.org petition that had sought the dog's return.

Trained by Fones, Chip had lived with the officer, his wife and their six children. But in July, Chip was taken out of service by the Montgomery County Police Department (MCPD), which said the dog was dangerous and needed to be rehabilitated. 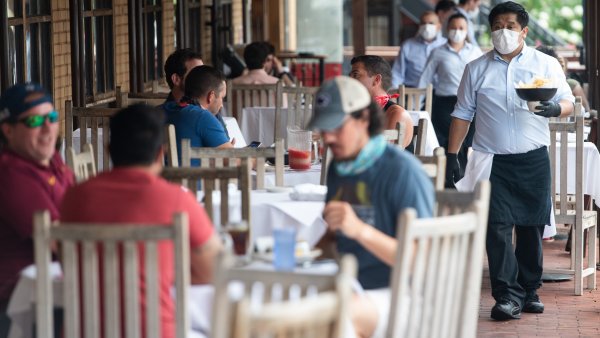 Fones said he was initially told he'd be able to adopt Chip, but then the MCPD ordered him to return the dog. Earlier this fall, he choked back tears when talking about Chip.

"I'm brokenhearted," Fones said. "It's hard to talk about Chip not being here. He was a very vital part of our family."

On Monday, the K9 Chip Facebook page, which had worked to bring attention to the situation, reported that Chip had finally been found and reunited with the Fones family.

"It has been a sleepless 24+ hours. We can now confirm that Chip is with Gil and his family and is on the way home to Maryland," the post read. "We thank everyone who signed the petition, all who supported the effort to ‪#BringChipHome‬, and all who saw the injustice. THANK YOU, THANK YOU, THANK YOU..."

CHIP IS COMING HOME!!!Even before receiving the information from the MPIA request, we had worked very hard recently to...

MCPD public information officer Paul Starks said that although it's common for police handlers to adopt dogs who are retired due to age or injury, the department had determined that Chip was dangerous and couldn't safely live with the Fones family any longer.

"The dog attacked the handler at least two different times and was evaluated not only by in-house experts but by an independent outside expert," Starks said.

He said Chip was "also deemed not suitable for adoption by the handler or the handler's family or being put back into the community at the time because of the behavior and the potential risk."

Starks said the MCPD decided to send Chip to the Warrior Dog Foundation in Cooper, Texas for rehabilitation. The group works to rehabilitate dogs who have been in military service or law enforcement.

"This wasn't a snap decision," he said. "These acts occurred in late April and these decisions were made in late June so over two months' time.

Starks said that before Monday, the department had been prohibited by court order from releasing the name of the organization that took Chip. On Monday, the court ruled that the MCPD could release the information.

He said that once the dog had been given to the rescue group, the situation was out of the police department's hands.

Fones, a 27-year police veteran, said earlier this fall that Chip had bitten him just once, during a recertification exercise, and that it was the first time that had ever happened.

"I think it was a stressful situation," Fones said.

Two retired Montgomery County Police K9 officers said they'd both been bitten several times, but their dogs had never been taken away.