A judge ruled Wednesday that Virginia elections officials cannot count absentee ballots with missing postmarks unless they can confirm the date of mailing through a barcode, granting part of an injunction requested by a conservative legal group.

The Public Interest Legal Foundation sued the Virginia Department of Elections and members of the Virginia State Board of Elections earlier this month, challenging a regulation that instructed local election officials to count absentee ballots with missing or illegible postmarks — as long as the ballots are received by noon on the Friday after Election Day, Nov. 3.

The lawsuit alleged that the regulation violates a 2020 state election law that says absentee ballots postmarked by Nov. 3 and received by Nov. 6 will be counted.

At issue was an instruction given to local election officials that says a ballot with an unreadable or missing postmark should still be counted if the voter signed and dated the security envelope used for absentee ballots by Election Day. A judge issued a split ruling, granting an injunction to bar enforcement of portions of the regulation that apply to ballots with missing postmarks, but denied an injunction to stop enforcement of the regulation as it applies to illegible postmarks.

Attorneys for the Public Interest Legal Foundation, which filed the lawsuit on behalf of Thomas Reed, a member of the Frederick County Board of Elections, argued that a voter's signature and date of signing is not an official confirmation of mailing by the U.S. Postal Service. Robert Hess, the chairman of the Winchester Republican Committee, is also a plaintiff in the lawsuit.

Lawyers for the state had argued that the election law does not specifically address what should happen if the return envelope containing an absentee ballot has no postmark or the postmark is illegible. They said the regulation was aimed at providing clarity to local elections officials and voters. 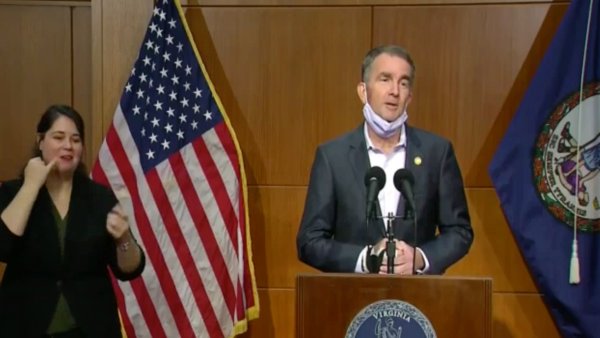 “Requiring each ballot that does not have a postmark —through no fault of the voter —to be thrown out, regardless of when the ballot was actually mailed, risks disenfranchising Virginian voters. This is especially troubling during a presidential election year," attorneys with Attorney General Mark Herring's office argued in court documents.

Under the regulation, if a return envelope has an unclear postmark, the registrar was instructed to look at the Intelligent Mail barcode to determine whether it was mailed by Election Day. If the barcode shows the ballot was mailed after polls closed on Election Day, the ballot would be considered invalid.

If there is no evidence from the barcode when the ballot was mailed, the registrar was instructed to look at the date when the voter signed the security envelope. If the envelope was signed on or before Election Day, the ballot would not be considered invalid and would be counted.

In parts of the D.C. area, people have had to replace stolen campaign signs multiple times. In other areas, signs have actually been riddled with bullet holes. News4's Adam Tuss reports.

“It's important that we have a consistent rule that matches the statute and not an additional rule that's sort of made up by the board,” said Christopher Marston, an attorney for Hess.

“I am pleased that the judge stopped a practice that was contrary to the law,” said J. Christian Adams, president of the Public Interest Legal Foundation, which represented Reed in the lawsuit.

Charlotte Gomer, a spokeswoman for Herring, said the number of ballots with missing or illegible postmarks is likely very small.

“Yet again, Republicans have gone to court to try and suppress the vote," Gomer said. "Attorney General Herring has made voter protection and election integrity a top priority over the past few months and he remains dedicated to making sure that any legally cast vote in Virginia counts.”

State laws on absentee ballot deadlines have been a major issue in the presidential election. Last week, the U.S. Supreme Court upheld a Pennsylvania state court order extending the absentee ballot deadline. But on Tuesday, the high court sided with Republicans to prevent Wisconsin from counting mailed ballots that are received after Election Day.