The school is not considering changing its name

The university’s board of visitors voted to change the names of three halls following requests by students, alumni and campus organizations, The Richmond Times-Dispatch reports.

The school in Harrisonburg has removed signs for the buildings on the quad and assigned temporary names. The history of the buildings and their names will be displayed inside and online. 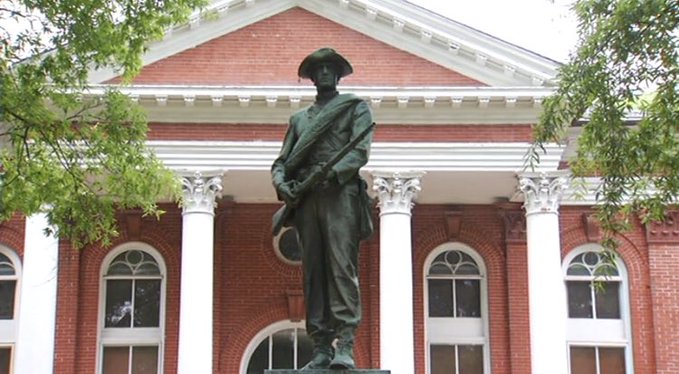 Monuments and Statues Are Falling. But What Comes Next?

One of the buildings is named for Confederate Gen. Turner Ashby. He was killed less than 2 miles from the university’s campus.

The school is not considering changing its name. James Madison was the slave-owning fourth U.S. president and chief architect of the U.S. Constitution.