Jaffe Report: 5 Reasons the Redskins’ Return to RFK Stadium Is a Long Shot

"There’s a path to building a stadium in D.C. But I wouldn’t call it a boulevard," one D.C. official said

Let’s put this on the table right now: The chances the Washington Redskins will move back to the District in a refashioned RFK Stadium are slim to none. Stay tuned for the five reasons the return is a long shot.

RFK’s future is in play because D.C. United, our professional soccer team, holds its final game at RFK this Sunday, Oct. 22. That will end the stadium’s 56-year run hosting pro sporting contests – from the long-departed Washington Senators baseball franchise, to the Redskins golden years in pro football, to a cameo for the Washington Nationals baseball team and the final game with D.C. United. 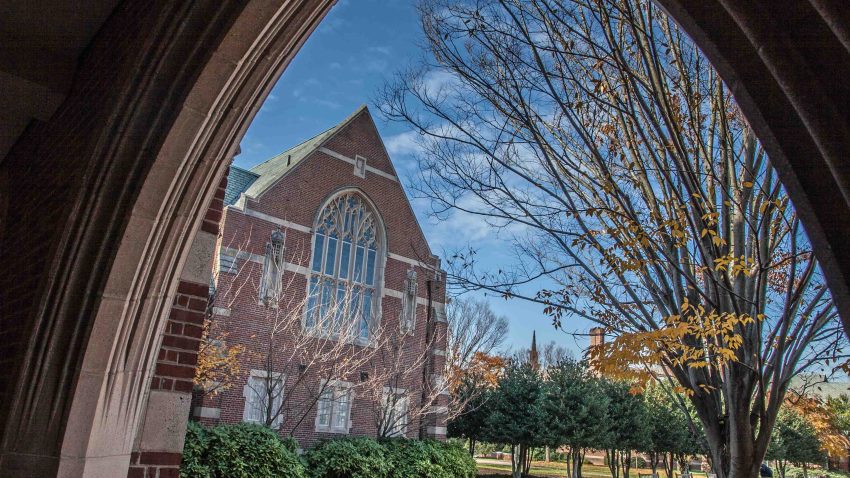 Evidence Shows U. Richmond Was Built Over Slave Burial Site

“It’s not the last athletic event at RFK,” said Greg O’Dell, president of Events DC, the sports authority that controls the stadium. O’Dell allows that RFK might host the occasional boxing match, international soccer game or a concert or two, but the storied stadium is destined for demolition.

When it was built in 1961, the stadium fit the city. The curve of federal land along the Anacostia River was a straight shot to the U.S. Capitol. The stadium’s low-slung, gentle angles suited the baseball parks of the day. The Redskins lost their first game at what was first named D.C. Stadium to the New York Giants, 24-21. The Beatles performed there in 1966.

The name changed to Robert F. Kennedy Stadium in 1969 to honor the slain leader. The Senators split for Texas in 1971. The Redskins went on to win three Super Bowls at RFK then moved to the Maryland suburbs in 1996.

The stadium sits on a fraction of the site, a 190-acre parcel that is among the most valuable chunks of land in the nation’s capital. And like most of our best land, it is federal property controlled by the National Park Service. The city’s lease on the land expires in 2038, which seems like a long way off until you consider investing millions into repurposing the expanse of parking lots that cover much of the acreage.

The District is working two angles to extend its control.

In a March 29 letter, Mayor Muriel Bowser requested President Donald Trump transfer the land to the District outright. No word from the White House. D.C. Delegate Eleanor Holmes Norton is having better luck on her bill that would extend the city’s lease another 50 years, to 2088.

At a hearing Oct. 11 before the House Natural Resources Subcommittee on Federal Lands, antipathy toward federal land control prevalent out West wound up favoring the District. Chairman Bob Bishop of Utah suggested the Park Service simply turn the land over to D.C. Given Bishop’s apparent support, Norton’s bill has a good chance of passing in Congress.

That would kick-start Events DC’s ambitious plans to turn the RFK parking lots into athletic fields for the community. O’Dell told the subcommittee the authority wants to build three fields, an indoor sports and entertainment complex, a market hall and three pedestrian bridges connecting the river bank to nearby islands in the Anacostia River. And a memorial for Robert F. Kennedy. All for $490 million over the next two to five years.

Sounds fantastic -- as in, it's a fantasy that might not happen. But O’Dell’s group might be able to pull it off. It has its own seed funds from managing the stadium and other spaces, the city has revenues to contribute and private developers might be enticed to help develop the site.

“We have a lot of support from the community,” Greg O’Dell tells me. Events DC held community meetings for two years. Neighbors wanted athletic fields for their kids and parks by the river for senior citizens. No one, he said, wants a football stadium.

Pressed on the prospects for a Redskins stadium, O’Dell said: “We have to be agnostic and objective in this process.”

Bowser has let it be known she will stay away from discussing the potential for the Redskins’ return until after next year’s mayoral election. When I asked Redskins spokesman Tony Wyllie about the team’s desire to return to the District, he responded by saying the team is focusing on winning football games.

Jack Evans wants to win the team for the District. The Ward 2 council member was instrumental in luring a major league baseball team back to D.C. and convincing the council to finance a new stadium for the Nationals. He declined to comment on any negotiations with Redskins owner Dan Snyder or President Bruce Allen – but he’s convinced the team will land back in the nation’s capital.

“There’s a path to building a stadium in D.C.,” said one District official. “But I wouldn’t call it a boulevard.”

Here are five obstacles in the path:

1. The team’s name: Native Americans have protested the Redskins moniker as a derogatory name, and the D.C. Council voted 10-0 requesting the team halt its “callous use of the R-word” and move away from “its past legacy of racial bigotry.” The council has shifted to the left since that 2015 vote, so public-funding for of a stadium for the “R-word” could be a loser.

2. Local opposition: People living in neighborhoods along East Capitol Street have little interest in hosting the football team. They are likely to oppose any stadium, especially one that requires public investment.

3. Federal control: Unless the federal government hands over all 190 acres to D.C., construction of a new stadium would have to satisfy complex federal regulations. The developer would have to deal with the Park Service, which is not known for cooperating with private entities.

4. Regional competition: Both Virginia and Maryland want the Redskins. The team has played at FedExField along the Capital Beltway in Prince George's County since 1997. Why not build a better stadium in Landover? Virginia Gov. Terry McAuliffe has avidly lobbied Snyder and Allen. “If they were smart, and they really wanted to be Super Bowl champions,” he told The Washington Post, they would have that facility in Virginia.”

5. The Redskins: Once the dominant professional sports franchise in the region, the Redskins have lost their luster. A series of mediocre teams and losing seasons have soured many fans. A winning season could cure that malaise, of course.

Whether the Redskins make their way back in the District seems almost irrelevant to the fate of RFK Stadium and the surrounding acreage. By 2020 the land is very likely to be home to athletic fields, open space and perhaps even sports facilities for the community.

As the plans now stand, there is no stadium on the site.