It's Decision Day in Crowded Primary for Elijah Cummings' Seat

"It’s not just the seat. It’s that it was Elijah Cummings’ seat," one voter said

Maryland voters in the Baltimore area are deciding Tuesday in a crowded special primary who will be their parties' nominees to fill the rest of the late Elijah Cummings' term in Congress.

Twenty-four Democrats and eight Republicans are on the ballot for the 7th Congressional District special primary.

Clarksville resident Laura Shovan said she narrowed down the field by looking closely at the candidates who have previous legislative experience. She declined to say who she ultimately picked, but said she hopes voters will turn out.

“I’m hopeful people are going to feel motivated because Elijah Cummings was such an important part of our community,” Shovan, 50, said outside a polling site in Highland, where people trickled in during the morning. “It’s not just the seat. It’s that it was Elijah Cummings’ seat.”

In the Democratic primary, a candidate who previously held the seat has been campaigning on his experience. Kweisi Mfume, a former NAACP president, was the district's congressman for five terms between 1987 and 1996.

“We remind people as much as we can that in this case I'm proven, tested and ready to go to work on Day 1,” the 71-year-old recently told The Associated Press. 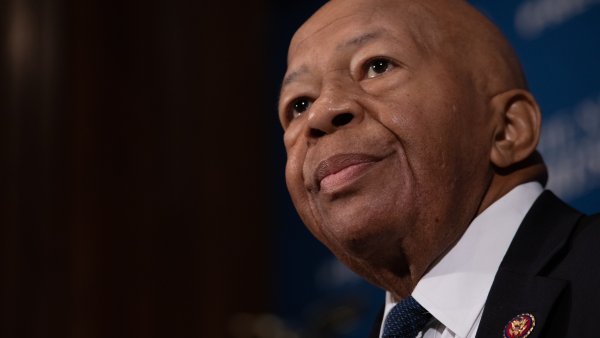 Congress Bids Farewell to US Rep. Elijah Cummings, a ‘Master of the House'

Several state legislators who live in the district are running, as is Cummings' widow, Maya Rockeymoore Cummings, a former chairwoman of the Maryland Democratic Party. The district includes a large portion of Baltimore, as well as parts of the suburbs in Baltimore and Howard counties.

State Sen. Jill Carter, whose district includes west Baltimore, portrays herself as the more progressive candidate. The 55-year-old described the primary as “very much a tug of war with a lot of the old guard.”

“I'm the new guard,” Carter said. “I think it speaks for itself, because my campaign drew a lot of very young people, and I'm not young, so my ideals mesh with their ideals.”

Other Democrats include Del. Talmadge Branch, an east Baltimore state legislator, and Del. Terri Hill, whose district starts at Baltimore's southwestern border and runs through parts of Baltimore and Howard counties. Del. Jay Jalisi, whose district is northwest of the city in Baltimore County, also is running.

Democrats outnumber Republicans by more than 4-1 in the majority-black district, which includes parts of the inner city that have struggled with drugs and violent crime as well as more well-to-do communities in the suburbs.

For Republicans, candidate Kimberly Klacik has received attention after her social media posts showing trash in Baltimore prompted President Donald Trump to tweet that the district is a “disgusting, rat and rodent infested mess” where “no human being would want to live.”

Liz Matory, who was the 2018 GOP nominee in a neighboring congressional district, also is running for the seat.

Highland resident Joe Comberiate said the candidates’ position on abortion is important to him. He voted for Hawkins, one of the Republicans who opposes it.

Comberiate said he believes it's difficult for his views to be represented in Congress because of the way districts have been gerrymandered, and in this district, Baltimore’s challenges tend to get most of the attention.

“I was trying to decide whether or not to vote today,” said Comberiate, 38. “I think it’s just important for people to vote because if you don’t vote, you’re never going to be represented in the way you’d like, even if you think your vote might not make a difference.”

The winners will run in a special general election on April 28 to serve the rest of Cummings' term through Jan. 3, 2021. Cummings, who won 12 terms in Congress, died in October. Whoever wins the special election will have to stand for reelection in November to keep the seat.