Internal police emails reveal more gun incidents, more arrests, and more safety warnings in areas near the White House, in the hours before the U.S. Capitol insurrection on Jan. 6.

Using the Freedom of Information Act, the News4 I-Team obtained emails sent in the morning hours by U.S. Park Police and National Park Service leaders. In the emails, police shared alerts about the size of the crowd forming outside the White House Ellipse in anticipation of President Donald Trump’s speech and concerns about items some in the crowd carried or displayed.

An early morning email said, “Many/Most visitors have brought backpacks that are not permitted in venue by USSS. USPP units are having to collect and sweep these backpacks. Some of the backpacks were placed in the trees on the WAMO grounds and are being removed by USPP and NPS assets.” 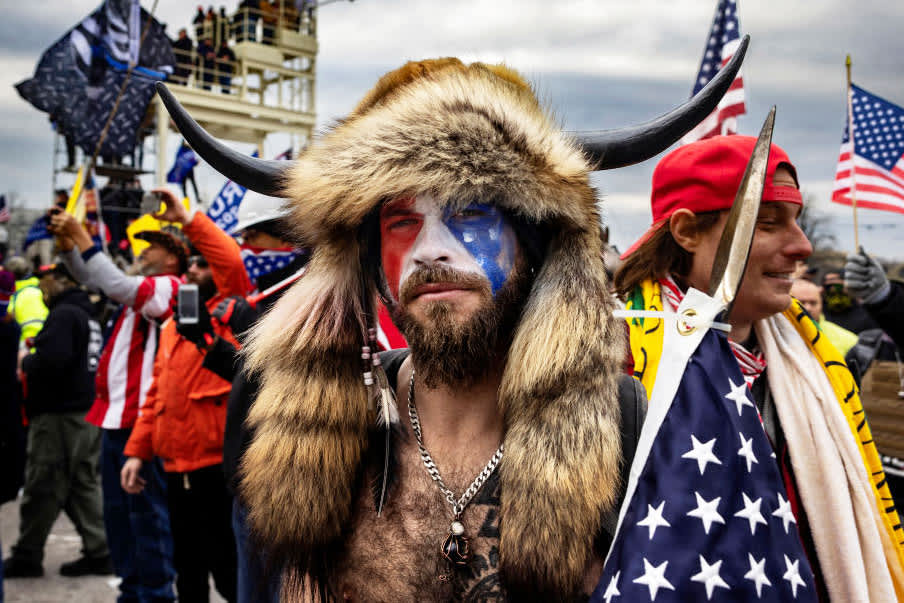 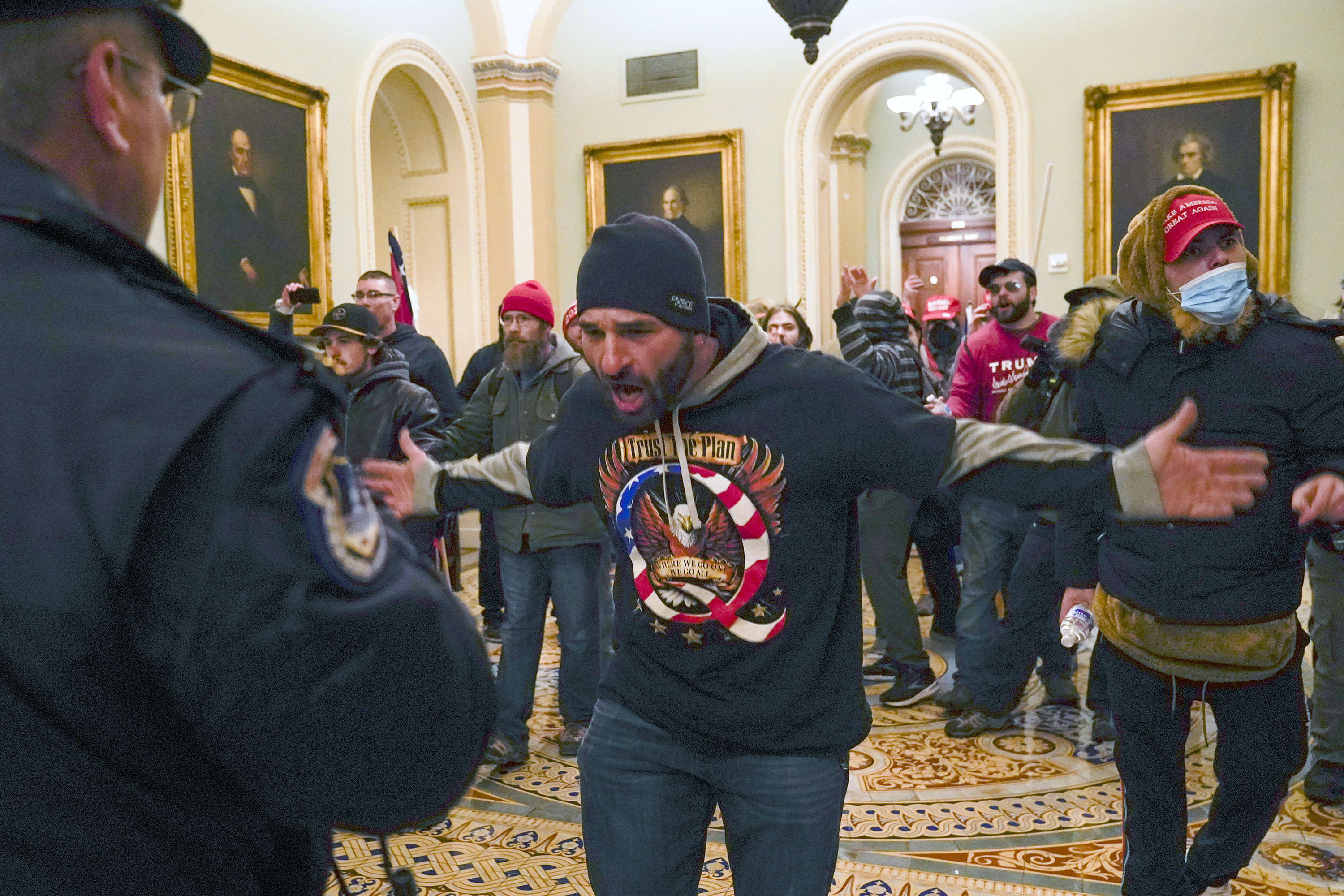 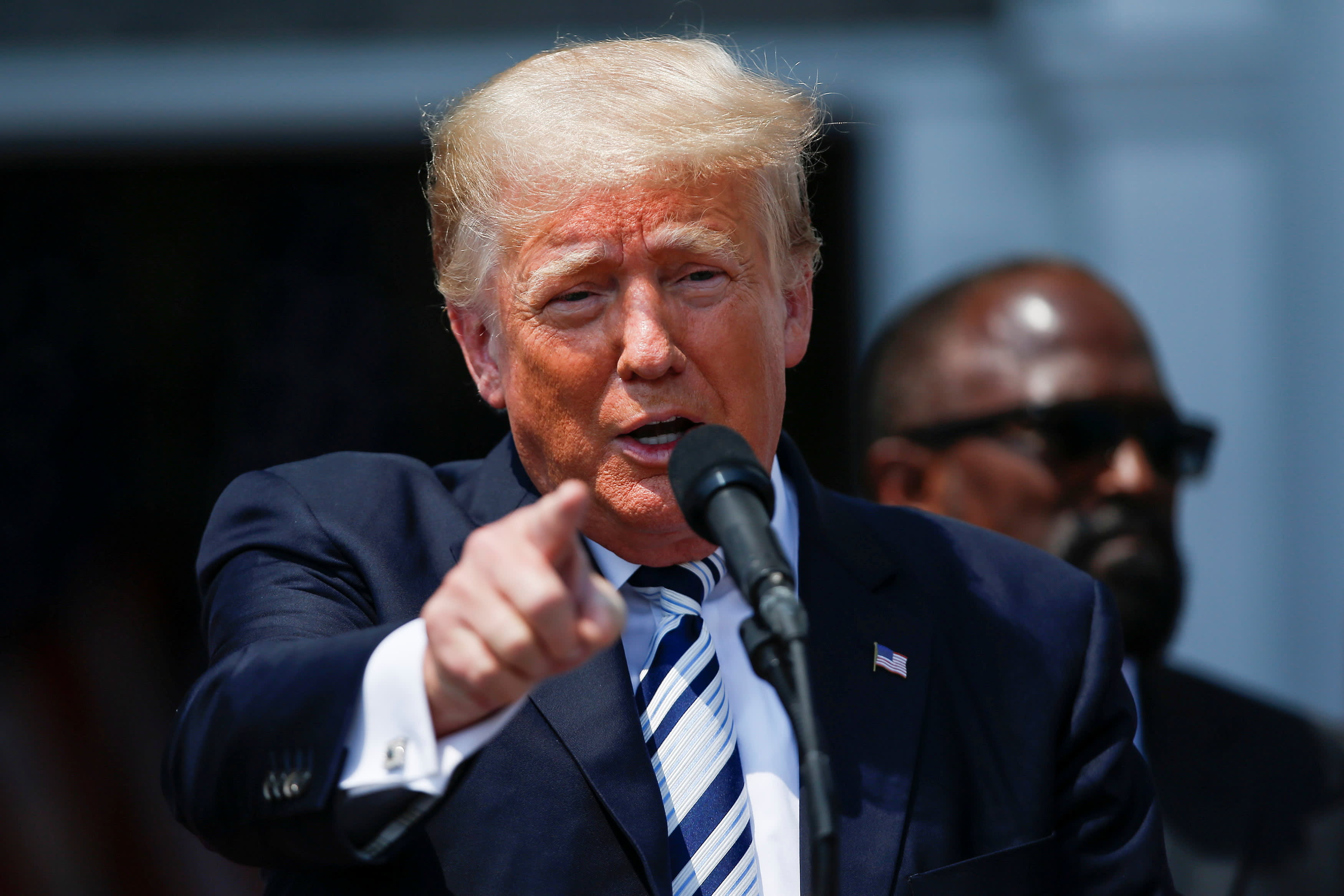 A U.S. Park Police official also reported one person had been detained with a rifle near the World War II Memorial. The email, which was sent to a group of Park Police officers and National Park Service officials, also reported an undercover police unit was monitoring a person in a tree along 16th Street, suspected of having a handgun near his or her waist. A USPP spokesperson told the I-Team the 24-year-old with the rifle was arrested and charged with having an unregistered firearm.

Several other incidents with guns are revealed in the internal emails. According to a FBI update forwarded to colleagues by a U.S. Park Police detective, “At approximately 10:45 a.m., Federal Protective Service received notification.. that two individuals were detained by a protective service officer for possession of two guns in vehicle.

According to emails shared by federal law enforcement, D.C. police reported “there have been approximately 10 arrests ranging from simple assault to weapons possession” by 9:35 a.m. in the District.

As the morning progressed, the emails show attention shifted to the Capitol. A U.S. Park Police email reported a large group of 200 suspected Proud Boys on or near Capitol grounds. In an email to colleagues, a Park Police intelligence branch commander noted, “We are monitoring the group’s movement through the city.”

By 11:15am, at least 400 people had entered or approached the east front of the Capitol, according to an FBI situational report emailed by Park Police officials.

As the larger crowd arrived near the Capitol, some of the emails detailed a growing threat. A U.S. Park Police detective forwarded to a colleague an FBI alert that “Per U.S. Capitol Police, a Congressional staffer was at the Hyatt Regency Hotel this morning and overheard an individual wearing fatigues state ‘We are going to storm the FBI at 2 p.m.’”

In another email sent as the crowd shifted from the White House area to the Capitol Grounds, a U.S. Park Police commander alerted, “POTUS event concluded. Crowds are marching towards Capitol. Capitol PD working three very suspicious packages around Capitol proper. We are checking our NPS areas for suspicious packages out of (sic) an abundance of caution.” The email also warned that the crowd had breached fence lines and that other crowds were forming on Black Lives Matter Plaza.

We later discovered the pipe bomb located outside Republican National Committee headquarters southeast of the U.S. Capitol was active and could have caused large-scale destruction, according to police testimony before a Congressional Committee earlier this year. The placement of the device caused a diversion of police as the mob began breaching police lines.

As the crisis escalated, U.S. Park Police officials forwarded more alerts from the FBI. One message included an image of one of the suspected explosive devices. The email also warned, “US Capitol Police.. heavily engaged with protestors at the west front of the Capitol. Chemical munitions and physical altercations ongoing.”

Jane Campbell, president of the U.S. Capitol Historical Society, said she closed her Capitol Hill offices ahead of Jan. 6, sensing a possible threat. Campbell, who also lives on Capitol Hill, said as the first groups arrived near the grounds in the morning hours, she could tell danger was increasing. Campbell said, “I could tell something was wrong. It just seemed like the people coming intended to create trouble.”

Rep. Jamie Raskin (D – Maryland) said emails like the ones obtained by the I-Team are important to document what happened that day. That’s why the U.S. House Select Committee on Jan. 6 is seeking a series of records from several federal law enforcement agencies to review warnings and responses by law enforcement before and during the riots. Raskin said, “Our forces were absolutely heroic. But they were completely outnumbered, outgunned and outmaneuvered.”

The internal U.S. Park Police and National Park Service emails also show some of the outrage and concerns that were being felt at high levels inside the agencies in the immediate aftermath of the Insurrection. One high-ranking U.S. Interior Department official wrote to colleagues, “I am so appalled I can’t even think straight.”

As for its role in defending the city that day, a spokesperson for the department told the I-Team, “U.S. Park Police is dedicated to protecting people and park resources in area national parks. We supported our local and federal law enforcement partners throughout the city on Jan. 6, including at the U.S. Capitol.”