There are so many treasures left in the ground, in Jamestown, the first permament British settlement in North America, after the settlers at Roanoke Colony mysteriously flew to L.A. to work as waiters in San Fernando Valley. And now archaeologists have unearthed a "centuries-old slate" with various British markings of such things as lions and flowers.

The rudimentary slate was discovered in an "original well," which, as a custom of the time, was used to incarcerate diseased children from screwing around with the rest of the Christian missionary tobacco speculators.

Most people would look at the slate and think, "oh look, dumb lines everywhere." But the fancy archaeologists took it to NASA, which runs a little off-the-books side racket to look at junk like this.

Researchers at NASA Langley put the slate through three-dimensional digital analysis so they could decipher its pictures and text. The imaging system normally is used to inspect materials for aerospace use.

An eagle and a heron appeared on the slate, along with three types of plants, which haven't yet been identified. A depiction of lions - the British armorial sign in the early 1600s - indicates that the writer could have been a government official, Kelso said.

Or the writer could've been some idiot psychopath who thought he saw lions in Virginia. Don't give these guys too much credit.

The phrase "A minon of the finest sorte" also appears on the slate, and Kelso said "minon" may have been an alternate spelling of "minion," possibly referring to a cannon, slave or servant. 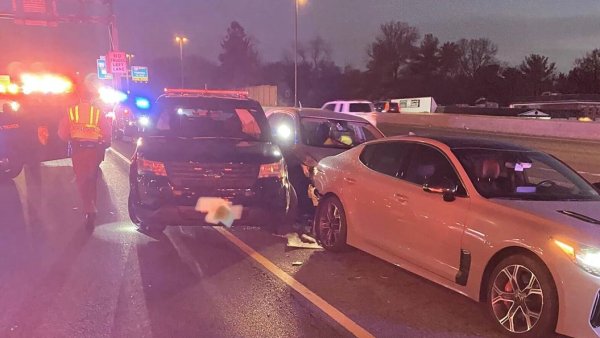 One of those three things only: a cannon, a slave or a servant. Got it.