Prosecutors plan to obtain a grand jury indictment against a white Fairfax County police officer charged with assault after firing a stun gun at an African American man.

The procedural move means Fairfax County prosecutors are dropping three misdemeanor assault charges against officer Tyler Timberlake in General District Court and instead opting for a grand jury indictment that will allow him to be tried by a jury in Circuit Court.

A judge granted prosecutors' motion to drop the charges at a hearing Monday over defense lawyers' objections. 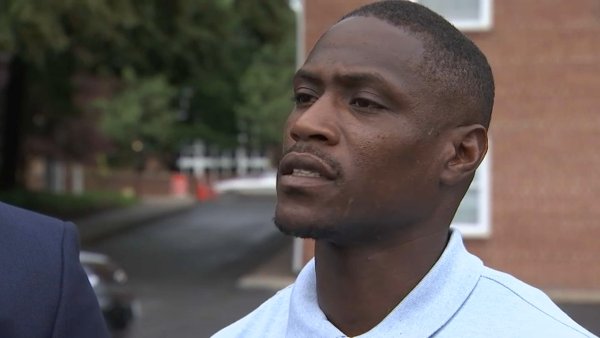 Timberlake was charged last month with three counts of assault after firing his stun gun at an unarmed man in the county's Gum Springs neighborhood. Body-worn camera footage released by police shows Timberlake arrived on scene, advanced on the man and quickly fired his stun gun.

Other officers on the scene before Timberlake's arrival had spent several minutes trying to persuade the man, who was acting erratically, to get into an ambulance to go to a detox center.

Separately, the Fairfax Fraternal Order of Police issued a statement late Monday afternoon calling on Fairfax County Police Chief Edwin C. Roessler Jr. to resign immediately in light of statements and actions he has made in the case, saying he rushed to judgement in the case. At a news conference, Roessler called Timberlake's actions “horrible.”

A letter from Lodge 77 President Brad Carruthers said membership and officers “no longer have confidence in your ability to be the Chief of the Fairfax County Police Department.”

The letter also said, "Officers on the street have been limiting their interaction with the public and have been hesitating to use force even when appropriate, which is a safety issue for all parties concerned."

Carruthers cited numbers from a survey which showed an overwhelming majority said department morale is worse and would support a formal request for him to step down.

Roessler declined an interview with News4 Tuesday, but his staff issued a response saying, "Public integrity, transparency and ethical leadership will always be at the core of everything we do."

"For the chief to meet this kind of backlash means to us that there is a deep-rooted problem in the culture of policing in the county," attorney Malik Shabazz said.

Fairfax County police are investigating Timberlake's use of force. Timberlake is off the job.