Vote centers are open between 7 a.m. and 8 p.m. every day until the day before Election Day

Maryland voters lined up on Monday for a busy, record-breaking first day of in-person early voting in the state.

The first early voters began lining up before dawn outside the Silver Spring Civic Center and elsewhere.

This is a “pivotal election” and it’s important to recognize “the massive level of sacrifices that have been made by African Americans for the right to vote,” the first person in line in Silver Spring said.

At the University of Maryland, a long line snaked through a parking lot. In Bowie, hundreds of people waited to cast their ballots. Morgan State University in Baltimore saw a long line too.

The first day of early voting in Maryland was record-shattering. News4's Darcy Spencer spoke with people who waited hours to vote.

"It's busy,'' said Nikki Charlson, the deputy administrator of the Maryland State Board of Elections.

More than 1 million Maryland residents have voted so far, when Monday's voting is added to more than 947,000 absentee ballots returned so far.

In addition to the presidential race, Maryland voters are deciding congressional races and two statewide ballot questions. One would allow sports betting. The other would give the state legislature more power in the state budget process.

Photos: Maryland Voters Line Up to Cast Their Ballots

Early voting in Maryland runs for eight consecutive days. That includes Saturday and Sunday. Early voting will end in Maryland the day before Election Day, which is Tuesday of next week. 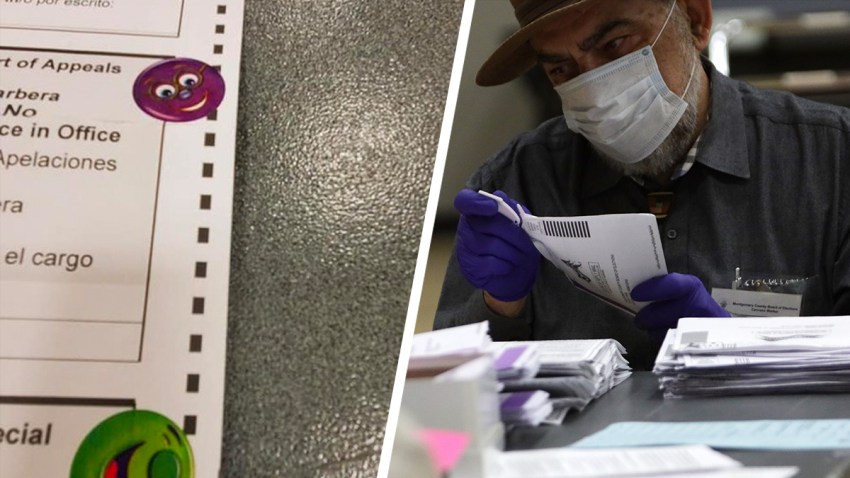 The Maryland State Board of Elections says voters must wear a mask at voting centers and maintain a distance of at least 6 feet between other people.

D.C. will open 32 early voting centers starting Tuesday. Residents can vote at any voting center and are not limited to using one near home. Same-day voter registration is allowed in the District; residents just need valid proof of residence. Nearly 100 voting centers will be open on Election Day.

D.C. voters also have the option of using a mail-in ballot; the ballots were sent to all registered voters.