How to Break Out of the White-and-Gray Decor Doldrums

4 simple ways to add pops of color into any space

Tired of all white and gray in your home, and looking to sprinkle in some color again? The idea can feel intimidating, but it doesn’t have to be.

D.C.-area designer Dana Schwartz shares four simple ways to add pops of color into any space, without breaking the bank. While Schwartz does plenty of work that's soft and subdued, she also knows how to do color, and lots of it.

"Color can be really intimidating for people and it shouldn't be," Schwartz said.

Whether you're ready to start slow or take off running, Schwartz says there are four areas you can gradually begin to introduce color in your home. 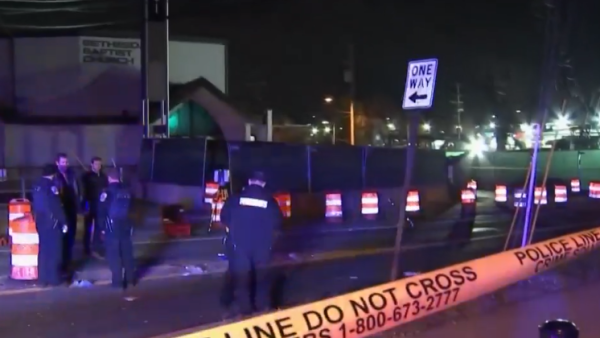 1: Give that plain sofa pizzazz with throw pillows

The most inexpensive route is to add to what you already have — for instance, brightening up a neutral sofa with some eye-catching throw pillows.

"If you don't want to commit with the big-ticket upholstery items, get the pillows, and in two years when you're sick of them, they're such an easy, inexpensive way to switch up your style," Schwartz said.

Get creative mixing and matching.

"You can mix and match solid. You can do a solid and a pattern," Schwartz said. "Have fun with it. Again, pillows aren't expensive, and they're a great, easy way to ease in, and they’re returnable."

Next, buy a gallon of paint and get to rolling ... on up. Not the wall — the ceiling.

"I like to draw the eye up, and the ceiling is the perfect way to add a pop of color or a wallpaper that won’t immediately slap you in the face and feel like you went too far," Schwartz said. "So if you have a smaller space, keep it lighter on the ceiling. If you have a big space ... have fun with it."

3: Brighten the Backs of Your Bookshelves

Bookshelves can be another way to introduce color. You can use peel-and-stick wallpaper for an inexpensive weekend DIY project.

"By putting in the back of a bookshelf or the back of a cabinet, it’s a great way to add texture and color that catches your eye, but doesn’t feel overwhelming to you," Schwartz said.

She said it's not a particularly difficult project.

"And it’s a great small space that you usually don’t have to worry about getting around a lot of nooks and crannies," Schwartz said. "It's usually pretty straightforward."

Finally, and for those without fear of commitment, Schwartz suggests kitchen cabinets as the ultimate canvas for color.

"Before, it was a lot of navies and blues," Schwartz said. "Now we're headed into the greens .... Obviously, it is more of an investment, and in five years, you're probably not going to be swapping them out."

But color doesn’t have to mean commitment, and each of these projects offers proof that whatever your comfort level, there's a color for you.